You may need to mirror some features of need a plane to mate the part at a later point in time. In any case there are several typical types of planes created that you will need to know in order to design the parts efficiently.

Creating a plane that is parallel to one of the main planes.

In the feature manager tree make sure the main planes (Front, Top and Right) are set to visible. Also, in Hide Show Items drop down menu make sure Planes are selected to be visible.

See also  How to measure an Angle in SolidWorks?

Next, select Right plane and then choose from Features toolbar Reference Geometry/Plane command.

From the next screen select the distance of the new plane from the original Right plane. In this case it is 2in. If you need the new plane to be on the opposite side check the Flip offset box. 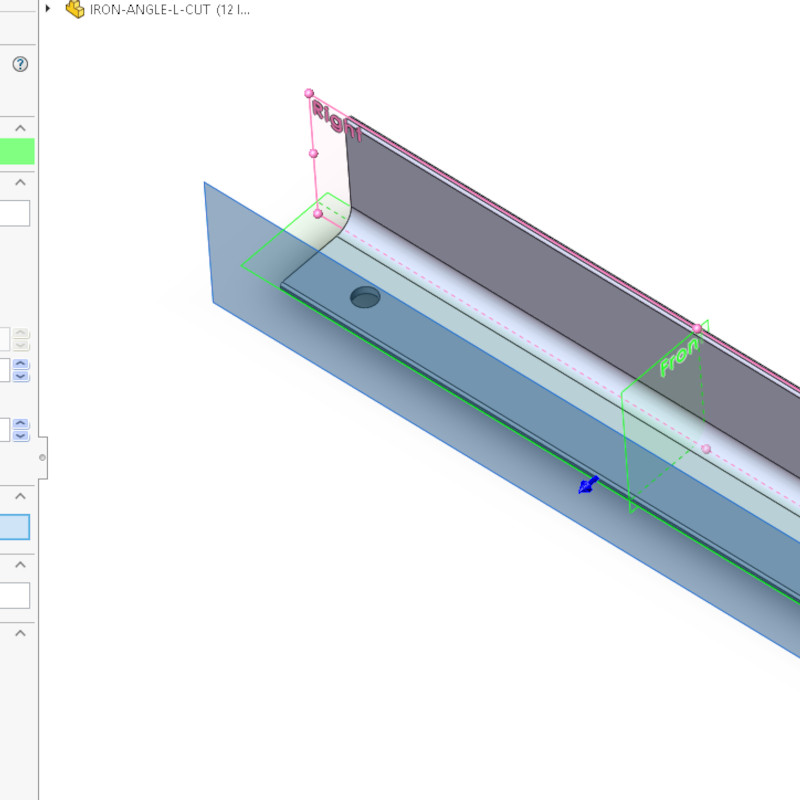 Click the green checkmark to accept the options you selected. Plane 1 is now created. You can rename this plane to something that will be more useful for your design.

To rename the Plane1, right click on it and select Rename tree item from the menu. Now type in a new name. This is very useful to remind you why you have created this new plane and to help other engineers better understand your design intent.

See also  How to Project a Sketch onto a Surface in SolidWorks?

Creating a plane that is a symmetry plane between two faces.

This is a very common situation in practical design. You will need it most likely to mate the part in the center between two faces or to create features that are going to be mirrored about that plane.

Go to Reference Geometry in the Features Toolbar and click on a Plane command. This will open the following screen:

Now, select one of the part faces as a First reference, and the other part face as a Second Reference.

Select the Mid Plane from the screen above. Now the new plane was created.

Plane that is defined by 2 axis.

Sometimes you need to create a plane that goes through two axis. First, make sure the axis you want to use are visible.

See also  How to Become a SolidWorks Freelancer

As a First Reference select one of the hole axes and as a Second Reference select the the axes from the other hole. Select Coincident in both cases. Click on the green checkmark and the new plane is now created.

Plane that goes through 1 axis and is parallel to a part face.

This is another very common case in mechanical design. Let’s try to create a plane that goes through an axis of a hole and is parallel to an end face of a part.

Have all the axes visible from drop down menu as shown previously. Now go to the Plane command again.

Select Coincident and Axis as a First Reference. Also, select Face and Parallel as a Second Reference. 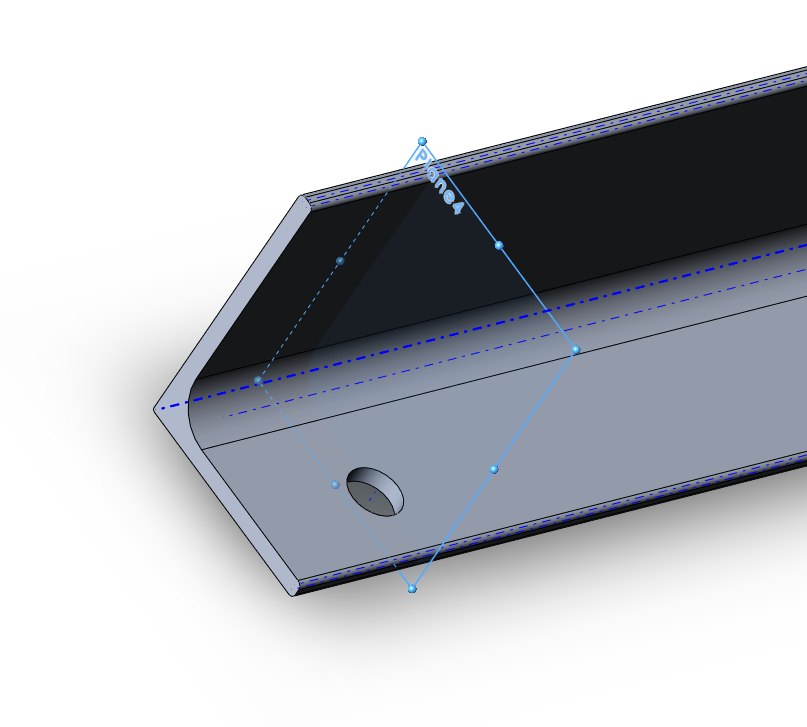 After accepting setting by clicking on a green checkmark a new plane will be created.