Projected geometry is useful when designing, it can be used at the part level or in an assembly. Projected geometry is created using the “Convert Entities” feature in the sketch tab. This tool creates references to existing geometry (edges, faces, sketch entities) for use in a new sketch. It can be used in both 2D and 3D sketches, although, in the case of 2D sketches the orientation of the plane relative to the entity is important.

Begin a sketch on Plane 1, and use convert entities for all the lines of the rectangle.

See also  How to Export files from SolidWorks to Inventor?

Tip: Tick select chain to speed up the process. This allows the perimeter of the rectangle to be selected at once. 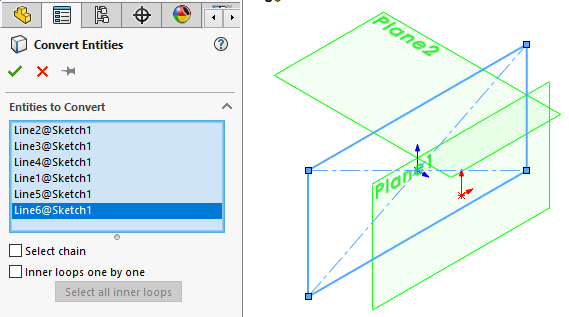 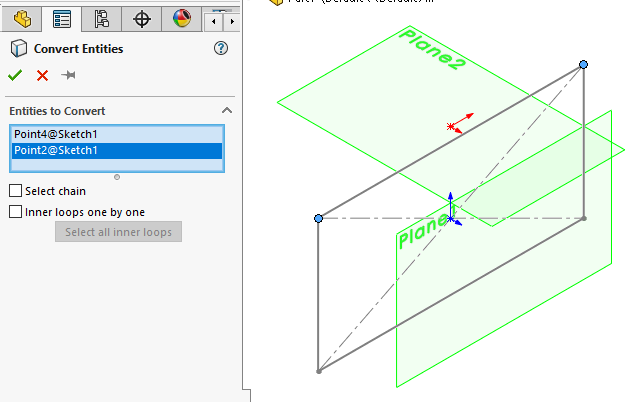 Convert entities is available for 3D sketches as well. As they don’t require a plane for definition, the reference geometry is converted in place.

Create an extrude using the sketch on the right plane, set it to 50mm. After creating the extrude, start a 3D sketch and use convert entities to reference all of the edges of the body and entities of the 2D sketch.

See also  How to Create a SolidWorks Hole Table?

Tip: Right click and edge and choose “Select Loop” to convert all edges of a face. 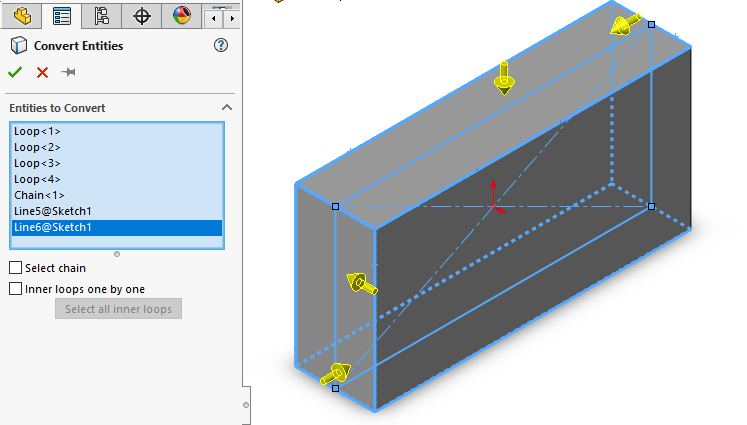 The result is shown below: 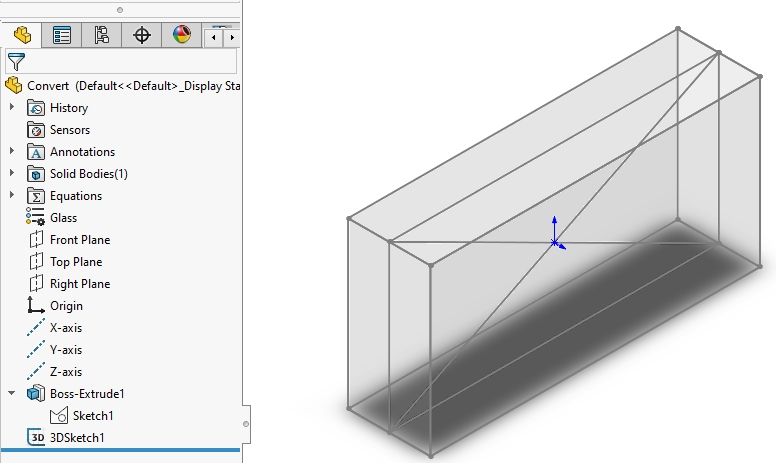 Project Geometry in an Assembly

Projected geometry can be used at assembly level as well. Use the part from the previous example and place it into an assembly. Create a cylinder Ø60×50 and mate it to the side of the first part. 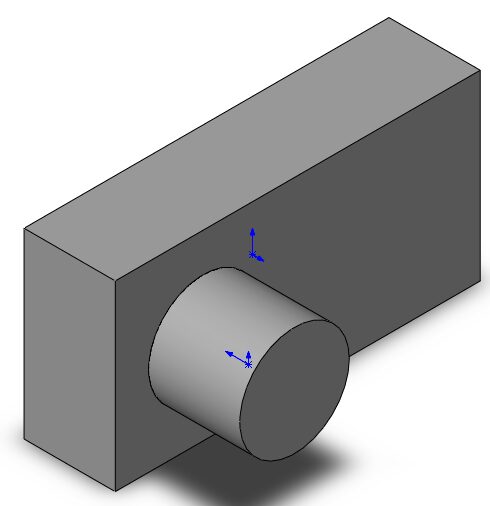 Create a 2D sketch on the side of the first part. Use “Convert Entities” to reference one of the circular edges of the cylinder. Project the edges of the rectangle as well. 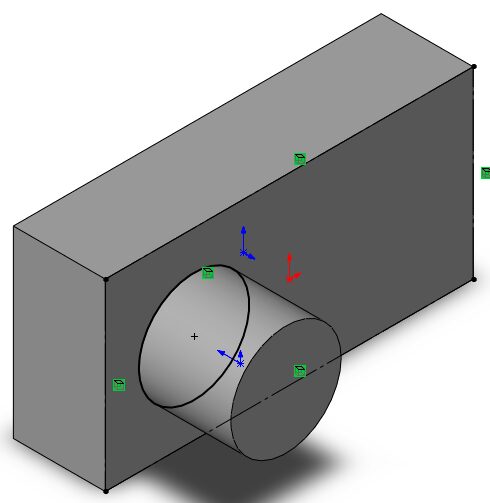 At this point, the reference to the circular edge can be broken and its position and size can be defined in this sketch. Alternatively, if the reference is not broken, any feature created will update with the position of the cylinder.

Select Extruded cut from the “Assembly Features” drop down, create a 3mm cut using the circle that was projected. If the circle was kept as a reference from the cylinder, the cut position will update.  Move the cylinder to another position, then hit rebuild to update the position of the cut. Prior to performing a rebuild, the assembly will appear as shown below: 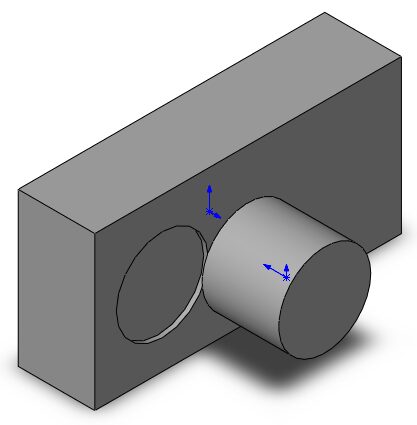