IGES is another translation file format, the acronym is Initial Graphics Exchange Specification. Parts/Assemblies, saved into this format, can be opened by SolidWorks or another CAD application.

The result of the import is dependent on what exists in the model.

Where possible SolidWorks will form solids, if there are gaps it may use surfaces instead. After opening the file, run import diagnostics to attempt to heal faces or gaps.

Select “Reference planes” to import any planes contained in the model, if they are required do not select this option.

User defined attributes, if they exist, will appear in the summary or custom properties tabs of the file properties.

See also  How to use the SolidWorks Selection Filter?

To import the file as it has been modeled (part, multibody part or assembly) use the default option.

Import assembly as multiple body part – will import an assembly from an IGES file directly to a part file. The number of bodies will be dependent on how many parts are contained in the IGES file.

File specified units, this will set the units of the SLDPRT to those of the IGES file. Alternatively the units can be set to those of a SolidWorks part/assembly template. 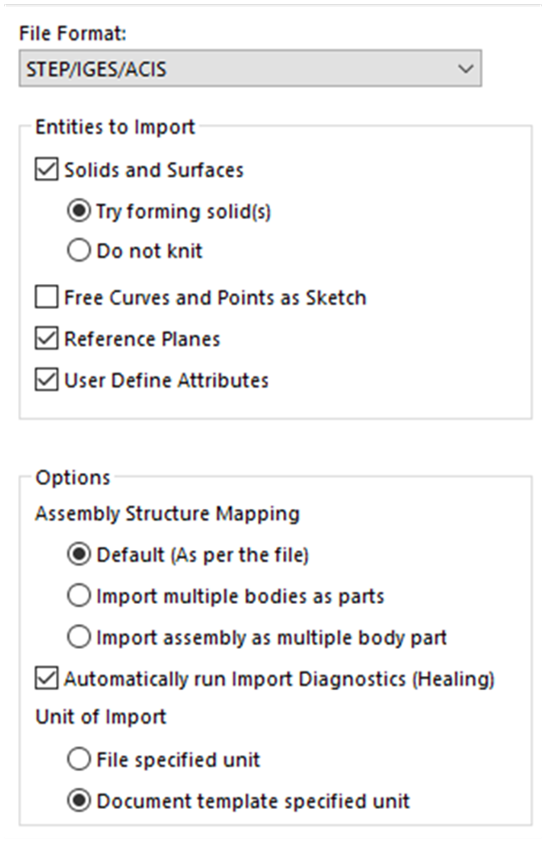 Tip: Check which default templates are set in the system options, the units of the imported part may not be as expected if the correct templates aren’t used. 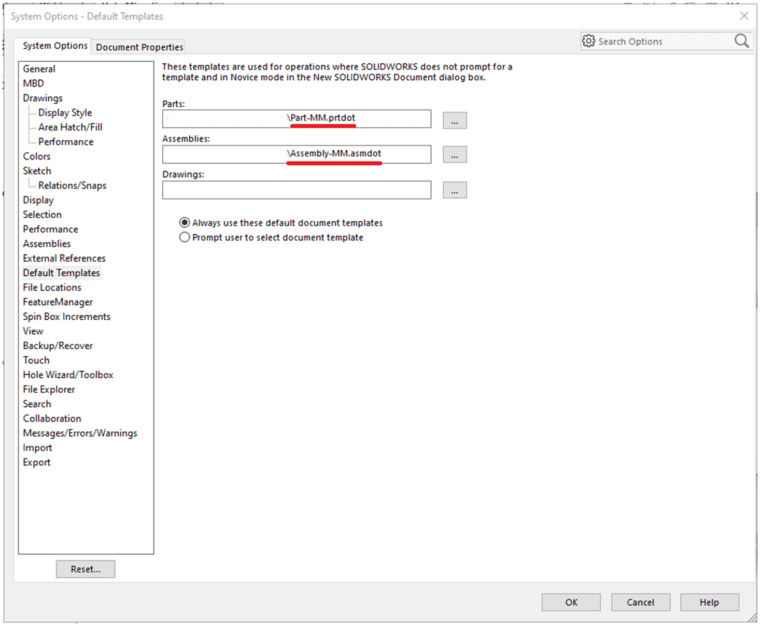