There are a number of CAD programs available: SolidWorks, Catia, Autodesk Inventor and Siemens NX are a few that come to mind. Not all companies use the same CAD programs, to facilitate importing parts translation formats have been created. This tutorial will cover opening .stp/.step files.

STEP stands for “Standard for the Exchange of Product Data”.

The result of the import will depend on what entities exist in the model.

Where possible SolidWorks will form solids, if there are gaps it may use surfaces instead. After opening the file, run import diagnostics to attempt to heal faces or gaps.

Reference planes will import any user defined planes contained in the model.

See also  How to use Import Diagnostics in SolidWorks?

User defined attributes, if they exist, will either appear in the summary or custom properties tabs of the file properties.

Default will import the file as it has been modeled, the result will either be a part, multibody part or assembly.

Import multiple bodies as parts will attempt to break up bodies into separate parts, the output will be an assembly. The number of parts in the assembly will depend on how many bodies exist in the step file.

Import as assembly as multiple body part will try to import the file of an assembly in a single part. Each component of the assembly will be listed as a separate body.

See also  How to do Lofted Cut in SolidWorks?

The units of an imported part can either be set to those used in the step file, or can be set to match a SolidWorks template. 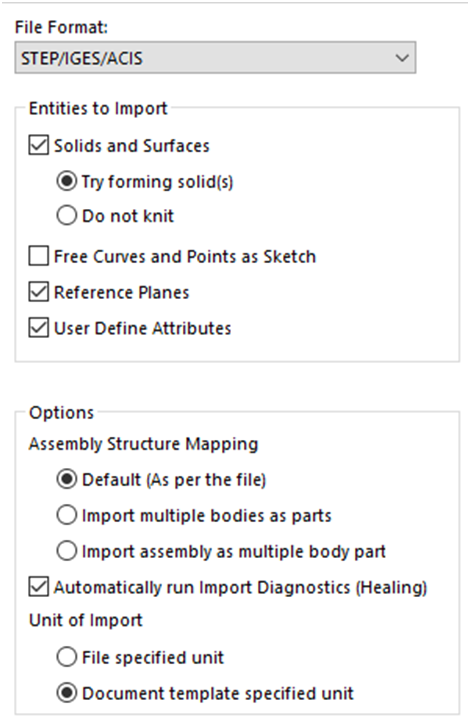 Tip: If units are not as per the expected template, check which are set as default in the system options. 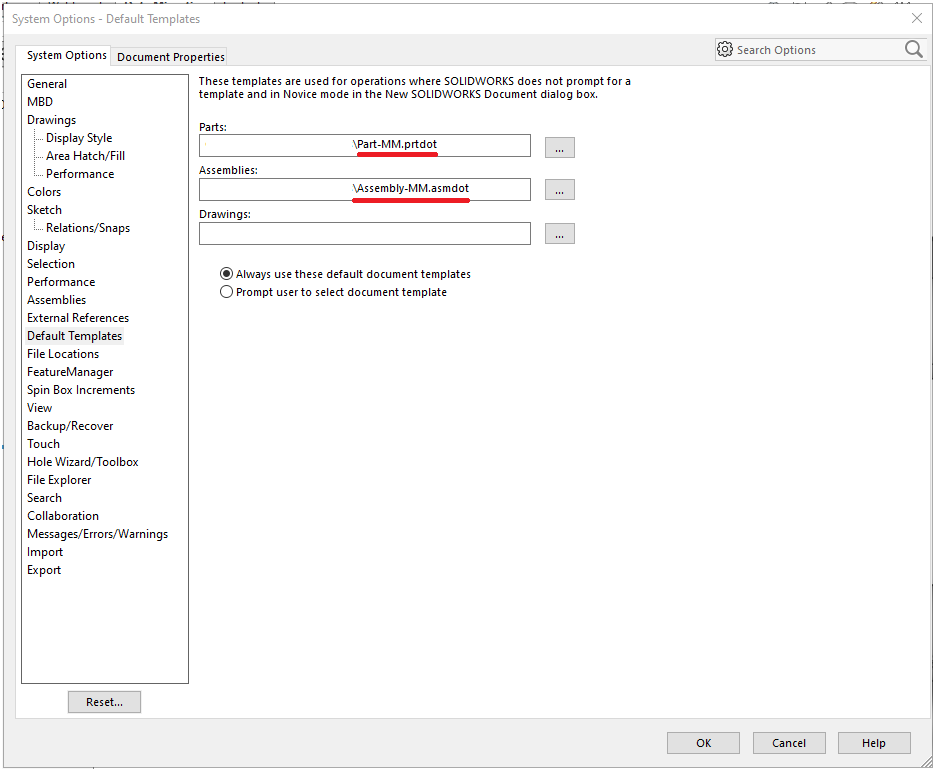