The use of reference geometry is common when designing in SolidWorks. Expanding the “Reference Geometry” drop down, from the CommandManager, will show the following options: Plane, Axis, Coordinate System, and Point. This tutorial will cover the creating of reference planes.

To define a plane one of the following are required:

Combinations, such as: an axis and a point are also possible. Existing geometry (Faces, Edges and Points) can be used to create planes.

Select the origin, a face or user define plane to create a new plane. Select the offset distance button and input an offset. Tick the “Flip offset” check box to change the direction of the offset. Input an instance number to create multiple offset planes.

To create a plane on an existing plane, use the coincident option.

To use the location of a point as the offset, set reference one to parallel and select the point as reference two. 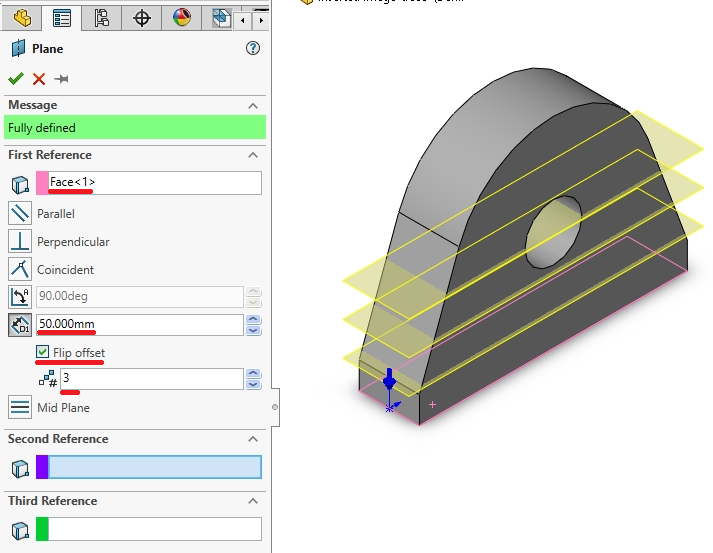 The perpendicular or angular offset may not rotate about the desired axis, to fix this another reference will be added.

In the first reference, select either perpendicular or use an angle offset. Similar to the offset distance, the “At angle” option can be flipped and a number of planes can be created at once.

For the second reference, select the edge of rotation and use the coincident option. 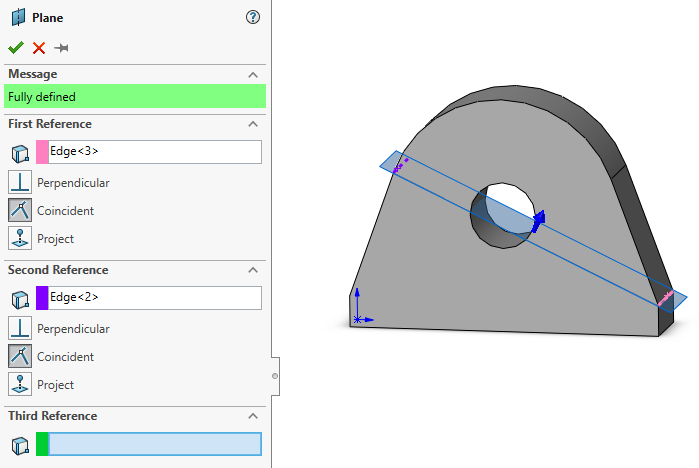 Instead of using an axis, try to create the same plane using two points.

See also  How to Convert from SolidWorks to obj File Format?

Select any two parallel edges to create a plane.

Change all three references to points, to create a plane. 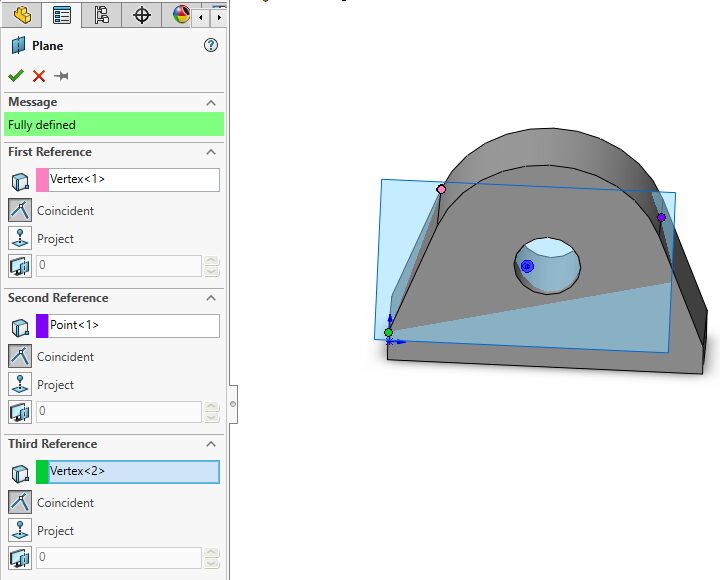 Select the plane to be offset and use a curved surface as reference two. The orientation of the plane can be controlled by selecting either parallel or perpendicular from reference one. 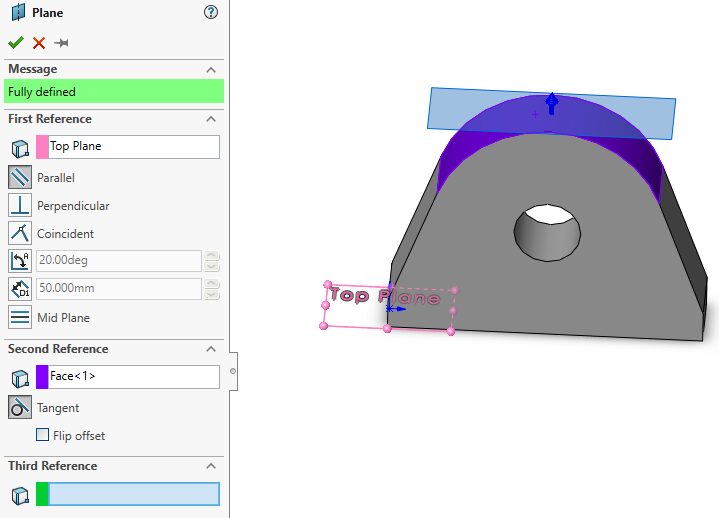 If the body is cylindrical, use s sketch point as the third reference to specify the location of the plane.