The method used will often depend on the desired result.

Select any three points to create a plane. Points can be user defined reference geometry, sketch points, or a midpoint or vertex of existing geometry. In this situation all three references will be points. 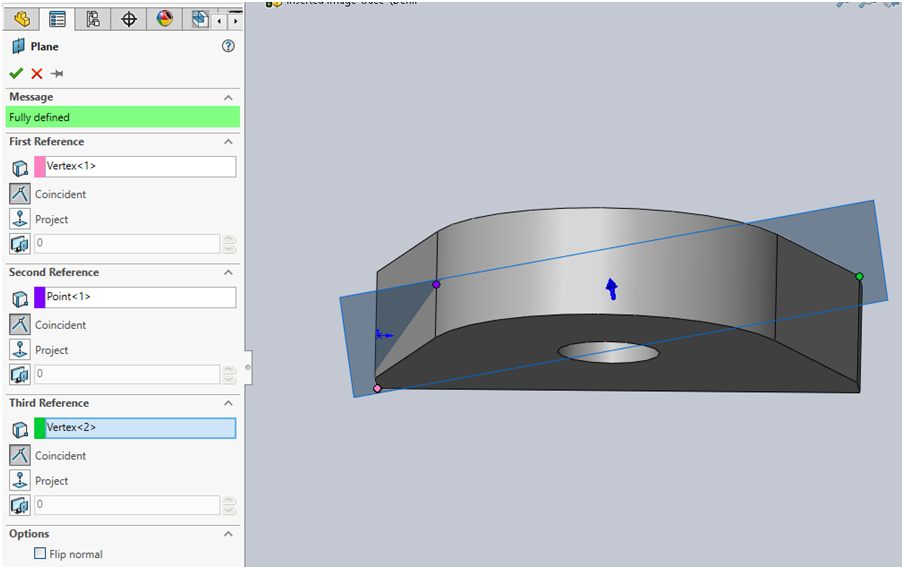 To specify an angle of rotation, use an axis. Select the plane to be rotated, then select the axis to rotate about. By default, perpendicular is selected, change this to angle to specify the amount of rotation. The units of the template are used by default, other units can be used, but they will be converted automatically. After placement 45°30’ will change to 45.5°.

See also  How to prepare for SolidWorks CSWP certification?

Use “Flip offset” to change the direction of the rotation. 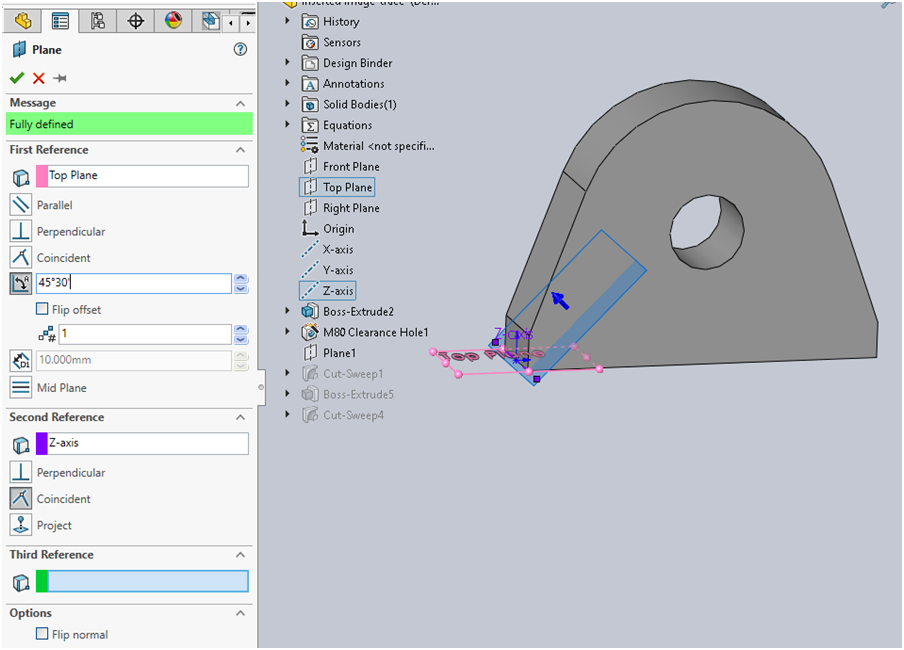 The axis of rotation can be anywhere in the model. 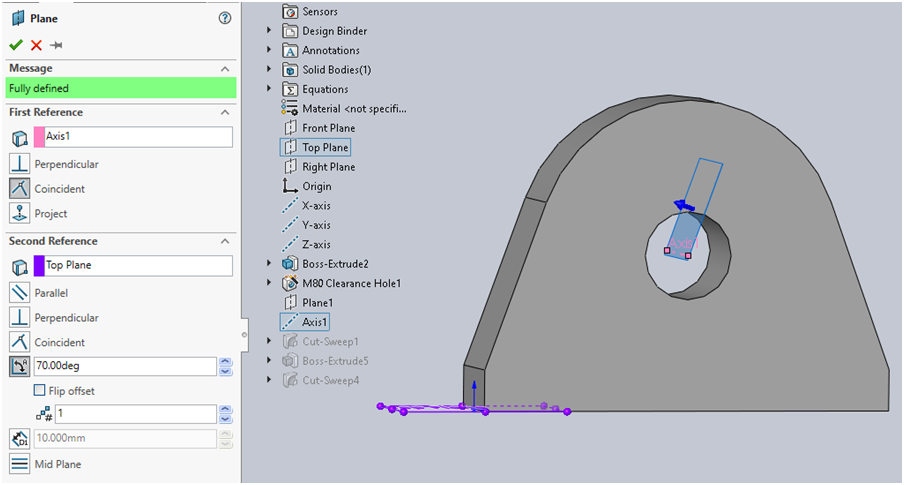 As an axis can be defined through any two points, create a user defined axis to rotate a plane. 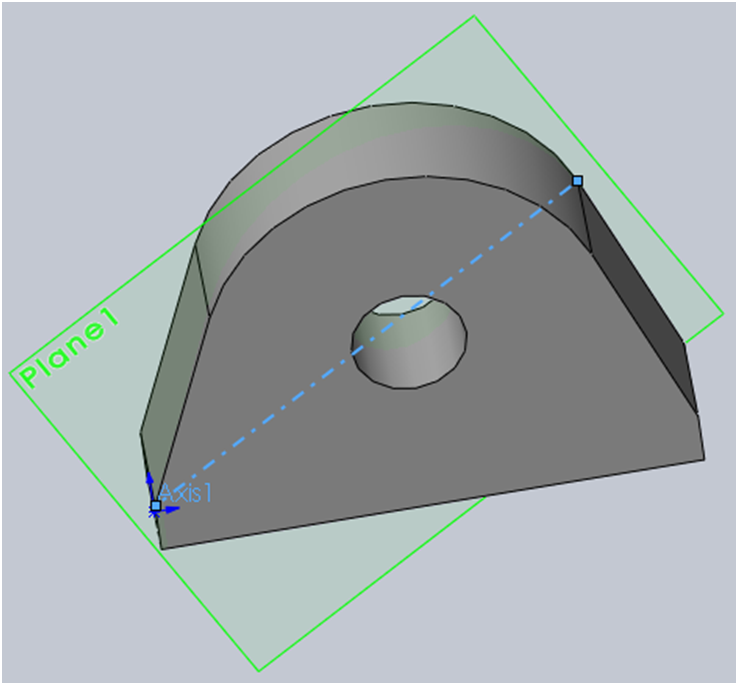 Upon selection of the axis, a preview of the plane will appear. An alternative to inputting an angular value is to select a point. The plane created will be at some angle to the axis and pass through the point.

Typically, the midplane option is used between two parallel surfaces. If these surfaces are at some angle, the result is an angled plane. 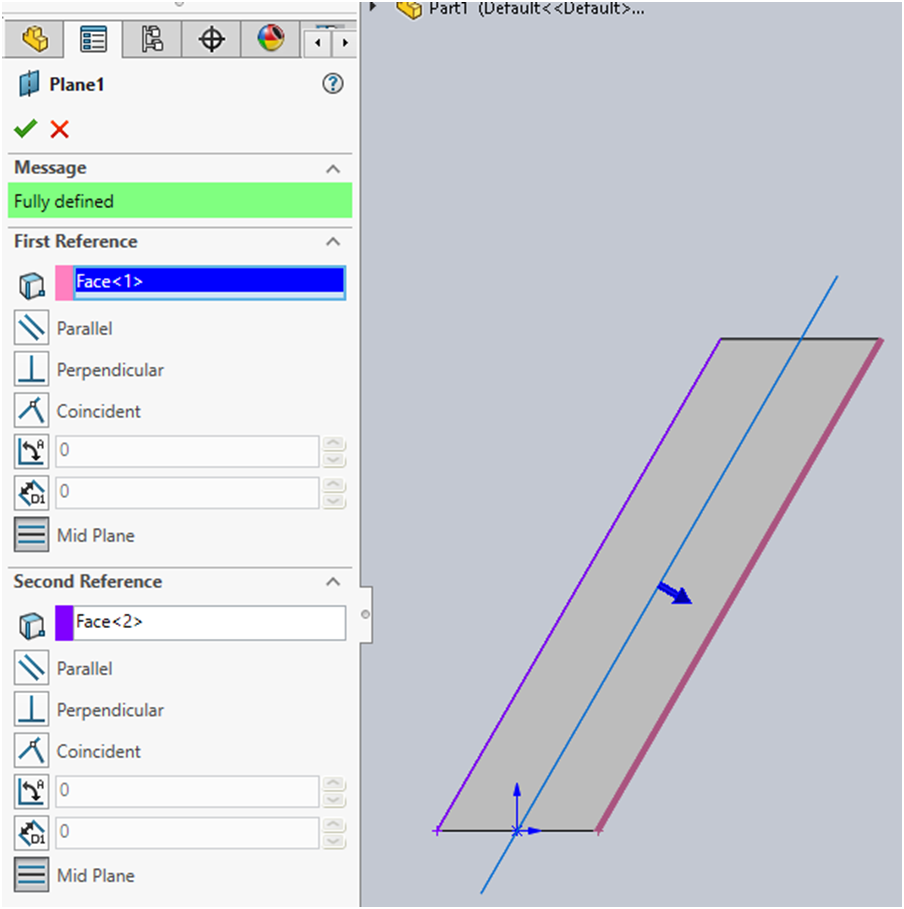 These three planes meet at the point of intersection. In this instance, the flip offset results in a plane 90° to that of the midplane. 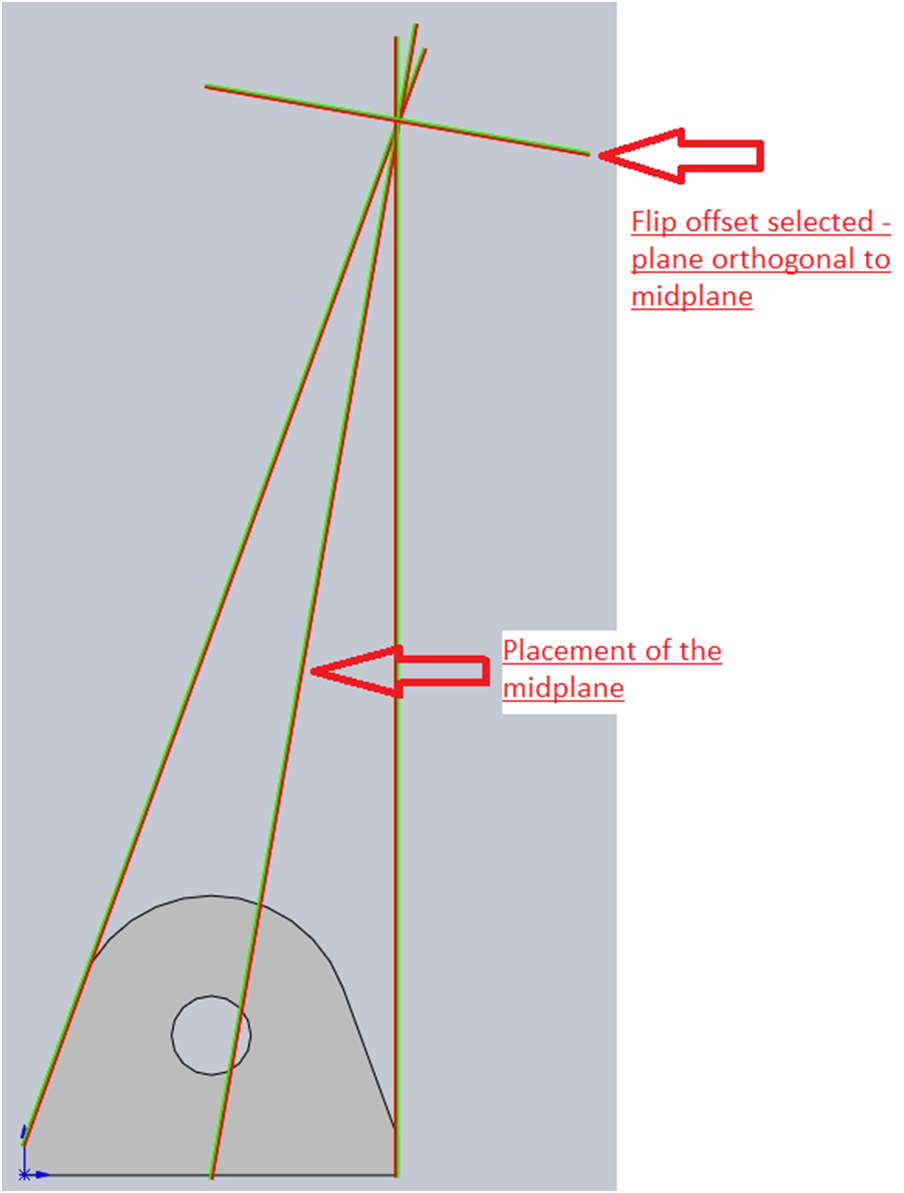