SolidWorks offers a variety of mates, one of which is the Gear mate. A gear mate can be applied regardless of the source of the model (designed, imported or toolbox component). This tutorial will explore the Gear mate option.

Create an assembly and insert two spur gears from the SolidWorks Toolbox. To do this, expand the Design library and select “ANSI Metric” – “Power Transmission” – “Gears”, use drag and drop to place a “Spur Gear”. Use the following properties for the gears:

Gear 1: Module 10, 10 teeth, 20° pressure angle. The options for hub style, nominal shaft diameter and keyway will not be used for this tutorial.

As this is a blank assembly, there is no existing geometry to constrain the gears. If gear 1 is fixed, right click on it and select “Float”. Set the front face of the gear coincident with the front plane. Next, use a concentric constraint, select the hole for the shaft and the z-axis as the mate references.

See also  How to use SolidWorks Speedpak? 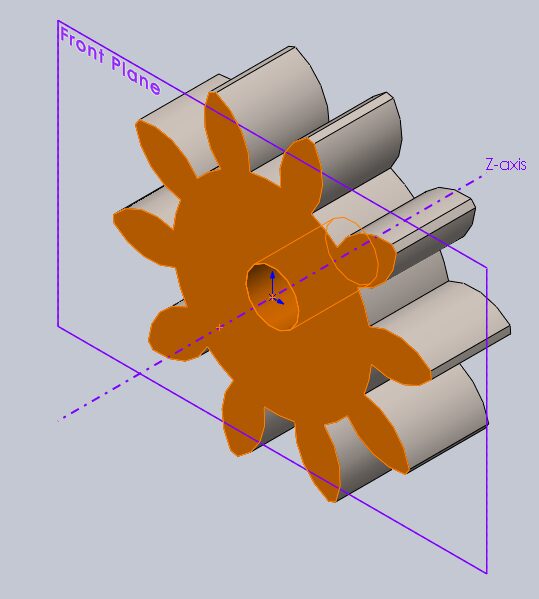 The pitch diameter of the gears is calculated by multiplying the module and number of teeth. When mated properly, these two diameters are in contact with each other. To constrain the two gears, they will need to be separated by 200mm (the sum of half of the pitch diameters). Create an offset plane 200mm and parallel to the top plane. Next, create an axis using the new plane and the right plane. The axis created is 200mm from the z-axis and will be used to constrain gear 2. 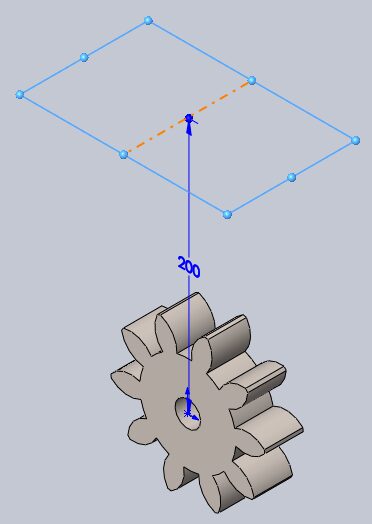 Mate the front faces of the gears so that they are flush. Then select the hole for the shaft and the new axis created, apply a concentric constraint. 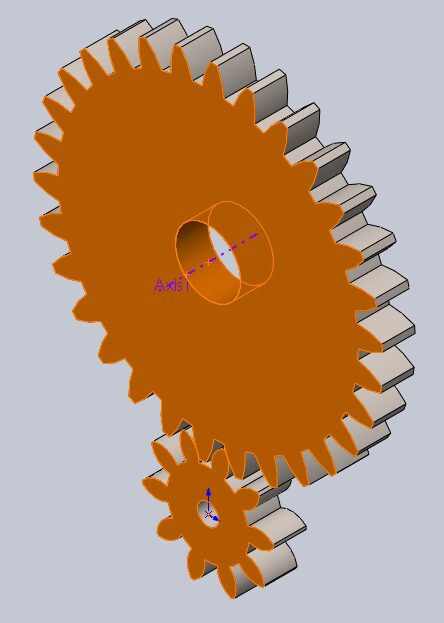 Now that the gears are positioned, the gear mate can be applied. Expand the design tree to show the features of each gear, ensure that the sketch for “ToothCut” is set to visible. Create a new mate and select “Gear” from the mechanical mate section. Use the pitch diameter circles as the mate references and click the green check mark.

See also  How to do Screen Capture in SolidWorks? 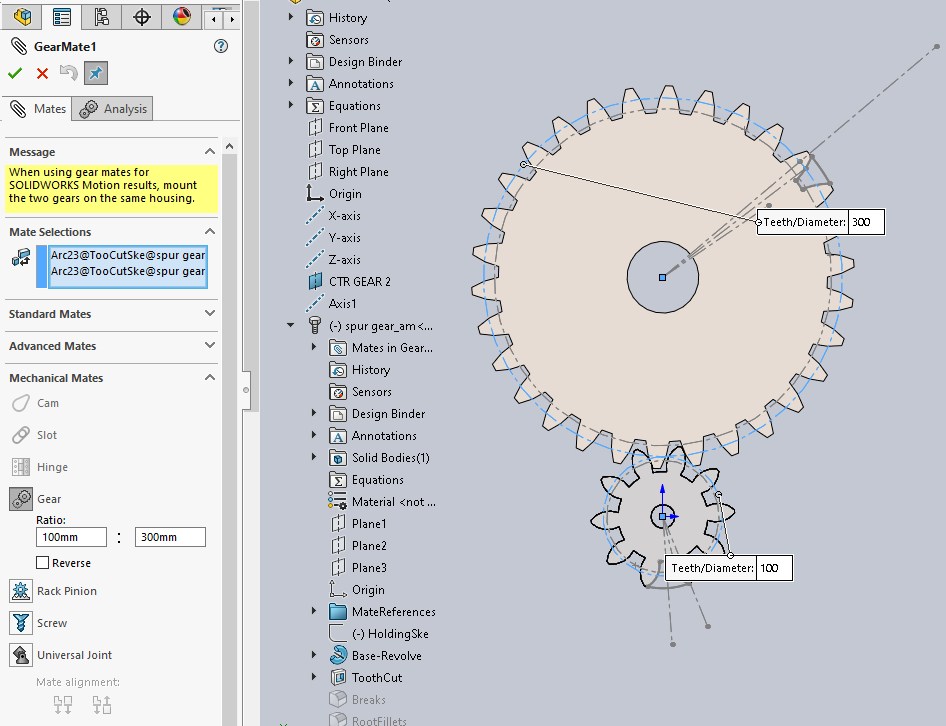 Use the reverse tick box if the rotation direction is not correct.

With the gear mate applied, rotating one of the gears will cause rotation of the other.

Insert an internal spur gear into the same assembly, use the following properties:

In this example, a sketch will be used to position the internal gear. Create the following sketch on the front plane: 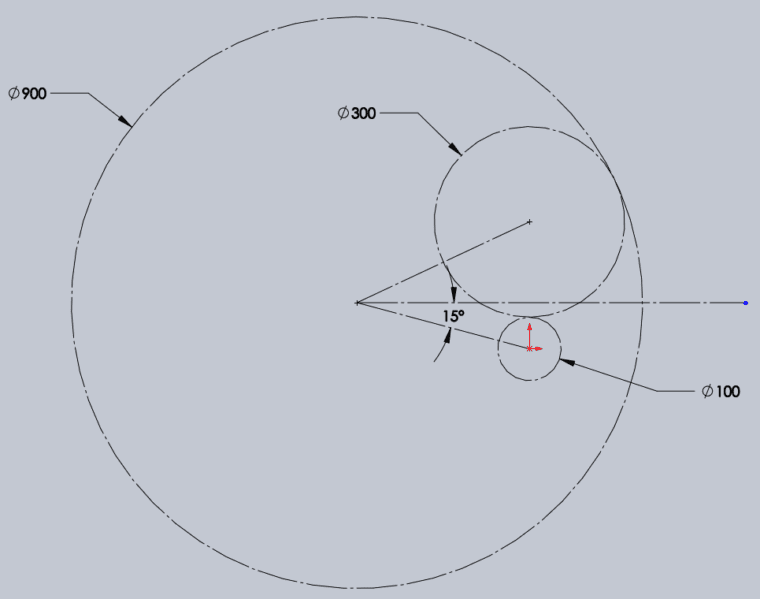 Mate the front face of the gear flush with either of the other two. This time, apply a concentric constraint selecting the outside diameter of the gear and the center point of the sketch. 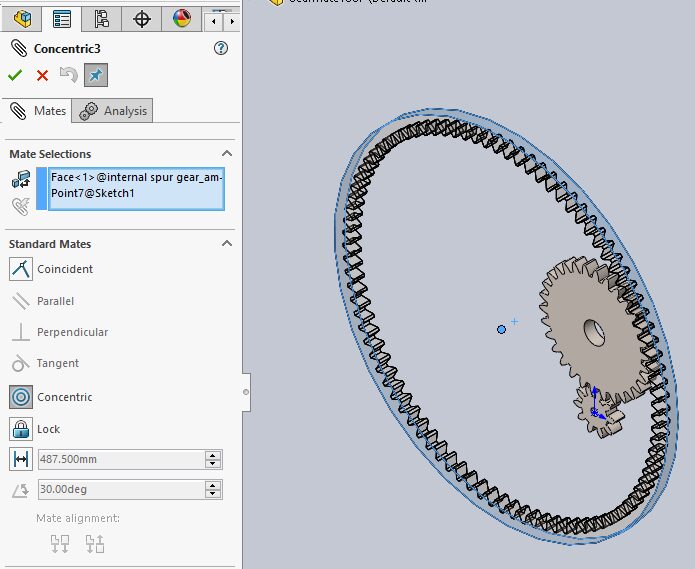 Create a second gear mate, use the pitch diameters of the internal gear and gear 2. Rotation of one gear will cause the rotation of the other two.

Gear mates can be used for other applications as well. In the image below, the two cylinders have been mated using the gear mate. Rotating one of the cylinders will rotate the other.

See also  How to do Design Studies in SolidWorks? 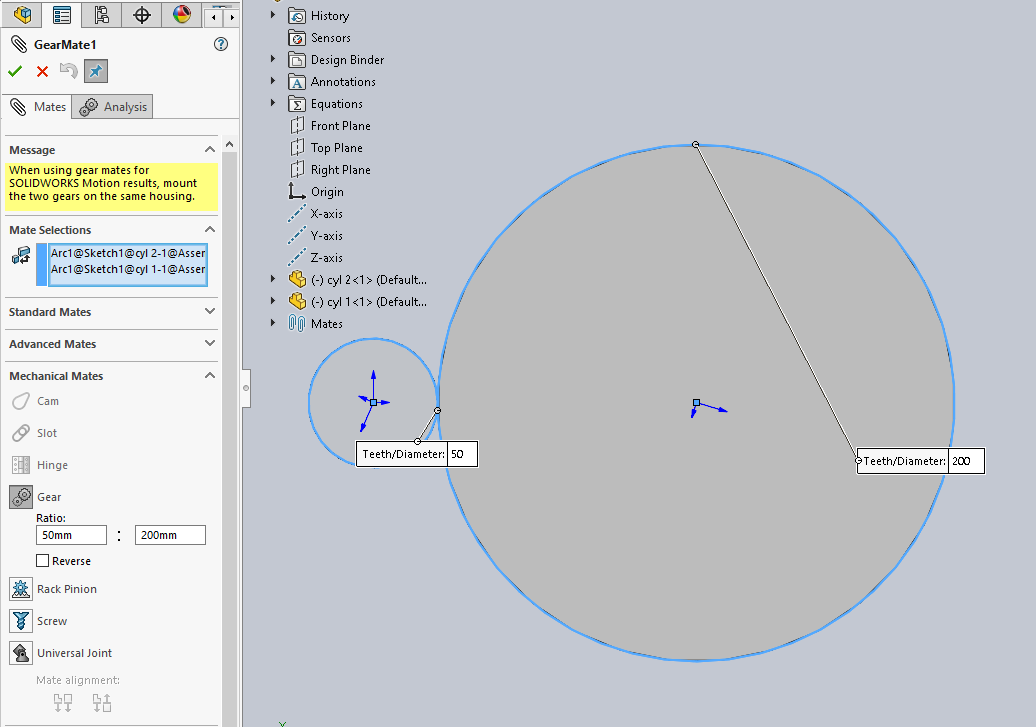 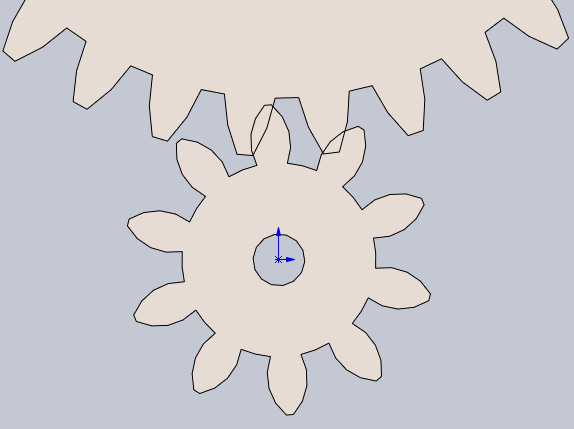 Remove the concentric constraint from gear 2 and the axis, the gear mate still functions when gear 2 is moved. 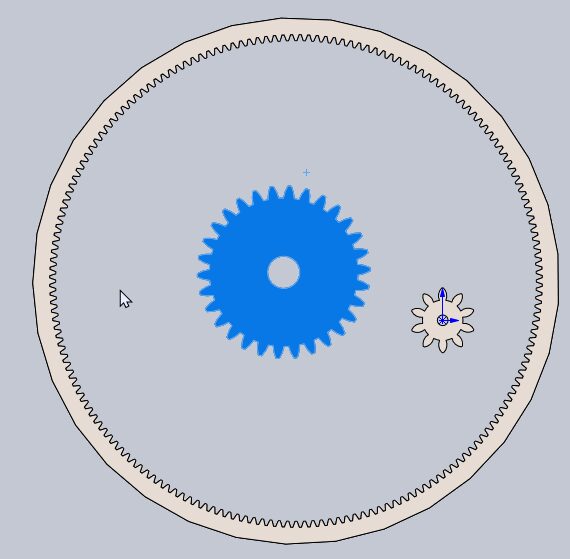 SolidWorks will not indicate that an improper selection of gears has been made. Change the spur gear to module 5 with 180 teeth, the gear mate still functions but the teeth do not mesh. 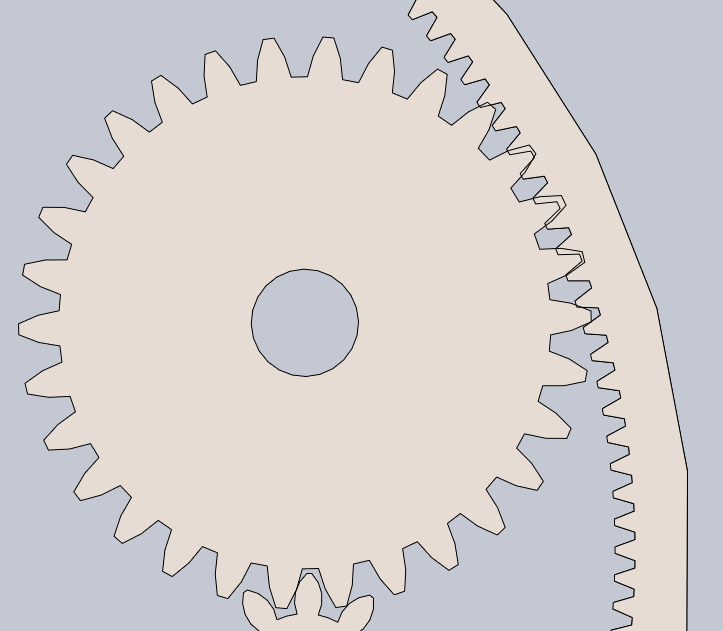