Pierce relationship is mainly used when we want to make a profile follows a guidance curve,mainly with (sweep,loft)features.

The pierce relationship requires two vectors, it could be established between point to vector,vector to point.

Let’s make a circle on the top plane for example,and a line on the front plane,as shown in the fig below.(fig.1) 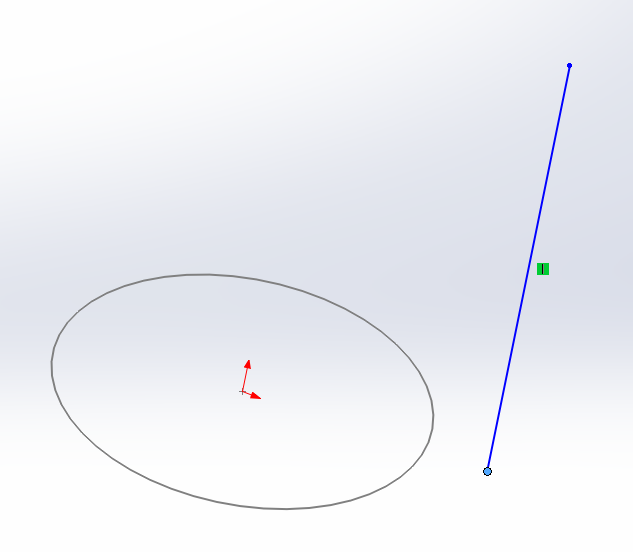 A pierce relation option will appear in the Add Relations box at the bottom of the left side menu.(fig.2)

Clicking on the Pierce relation will drag the line to be pierced at the edge of the circle as shown in (fig.3)

Notice that the line is now fully defined.

Now we can make a sweep feature choosing the first sketch(the circle)as the profile sketch,and the second sketch(the line)as the path of the sweep as shown in (fig.4)

The result of the sweep feature is as shown in (fig.5)

In this method the vector is dragged to the point to be pierced at it.

So,let’s say we draw a rectangle on the top plane,and a spline on the front plane as shown in (fig.6)

See also  How to create Exploded View Drawing in SolidWorks?

selecting a vector point on the spline, hold ctrl and select one of the rectangle’s edges,then select the pierce relation from the Add Relations box.The result will be as shown in (fig.7)