You can change an appearance by assigning a predefined appearance or using the Appearance PropertyManager to edit appearance properties. It would help if you expanded your browser when you wanted to customize SolidWorks appearances so that you could see which appearances have been applied to each section.

Follow the steps outlined below to learn how to customize SolidWorks’ appearance by assigning an appearance:

You can use one of the following actions  to modify appearance attributes like texture mapping and colors:

You may customize a SolidWorks appearance by changing an existing one.

1. You may begin by selecting the Edit option. Then, to open the Appearances PropertyManager, pick Appearance and the next Appearance option. Alternatively, you can go to a previously saved appearance or modify the current build.

2. Pick any of the options below to have a model’s surface finish or texture display at its default scale: 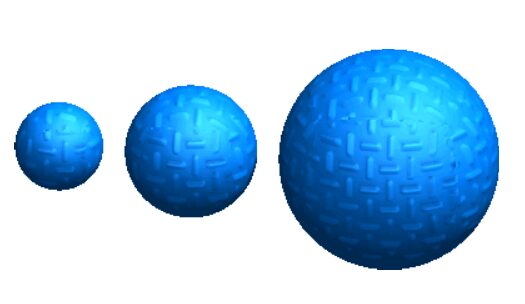 If you want to utilize a default scale rather than a scale to the model’s size, go to the Tools menu and choose Options. Select Model Display from the drop-down menu after selecting Document Properties from the option. It automatically adjusts decals, surface finishes, and scale textures to the model’s size.

5. Save the file. Under File Locations, the folder where you stored the file is added to System Options. It would help if you then navigated to Custom – Appearances.

6. If a message asking if you want to make the folder visible in the Task Pane’s Decals folder appears, choose Yes. On the Task Pane, the folder may be seen. Yellow represents a system folder. Folders indicated by the color blue contain a custom appearance.

7. Select Model Display from the Document Properties menu, then choose Store Appearance, Decal, and Scene data in Model File to distribute models to others with customized appearances, decals, or scenes that include any necessary lighting.

You can remove appearances from your SolidWorks models by following the steps below.

You may copy and paste an appearance, i.e., customize a SolidWorks appearance from one entity to another. All the adjustments performed in the Edit Appearance PropertyManager are carried over to pasted appearances. To imitate an appearance, follow the steps below:

See also  How to Make a Component Independent in SolidWorks?

Color and texture are two suggested default look in SolidWorks that you may modify.

You can set a new default appearance can be set by following the two steps listed below:

You may acquire a sense of the finished project through appearances without investing extra effort in the design. You may give various aspects of your model alternative looks, from the part’s face up to the top assembly. When you wish to start, the above-described procedures for customizing SolidWork’s appearance will be helpful.