What is an Intersection Curve?

How to create an Intersection Curve?

To obtain the intersection curves on a 3D sketch: 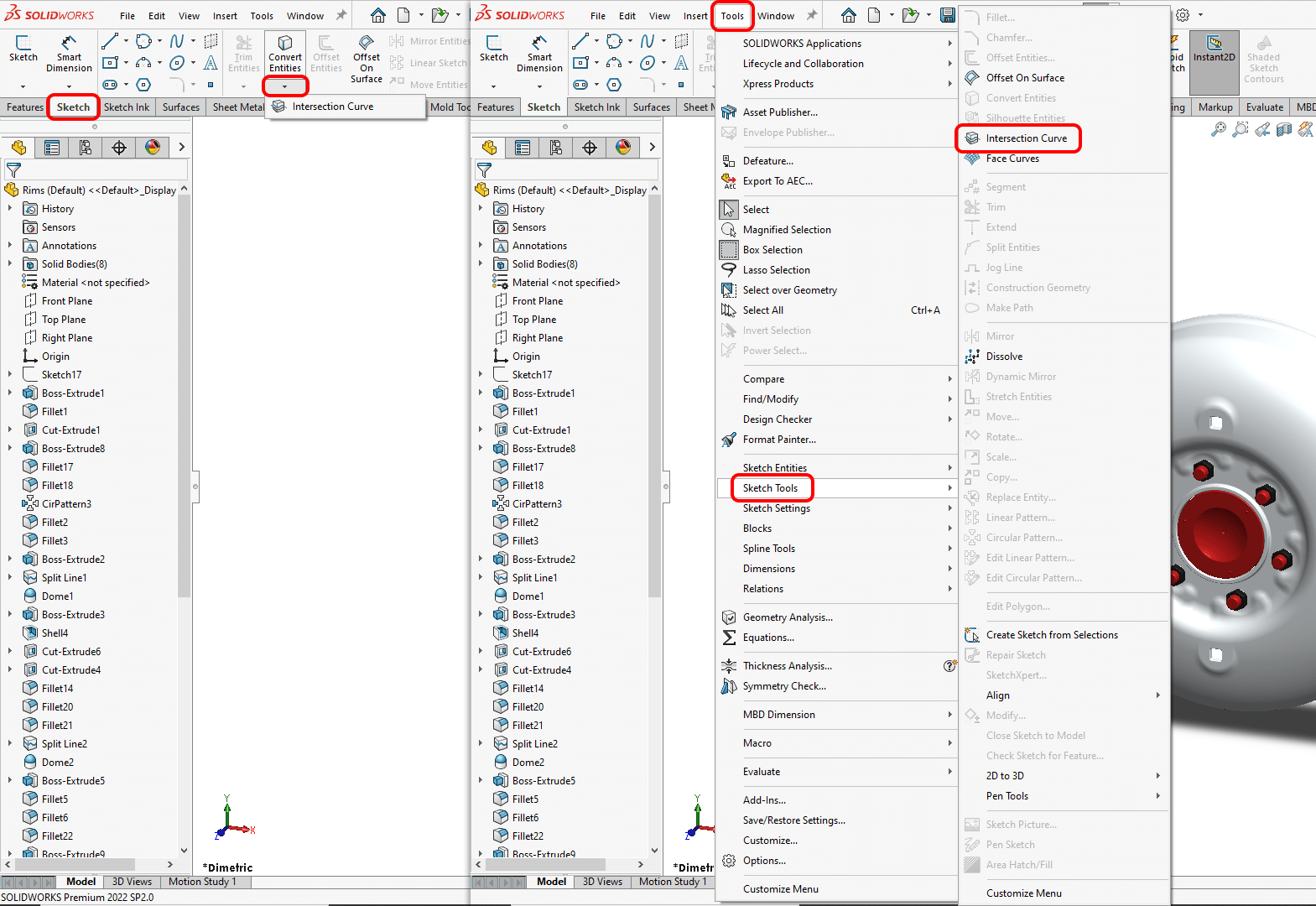 2. A 3D sketch will open and you will be greeted with the Intersection Curve PropertyManager.

See also  How to use SolidWorks Intersect Tool? 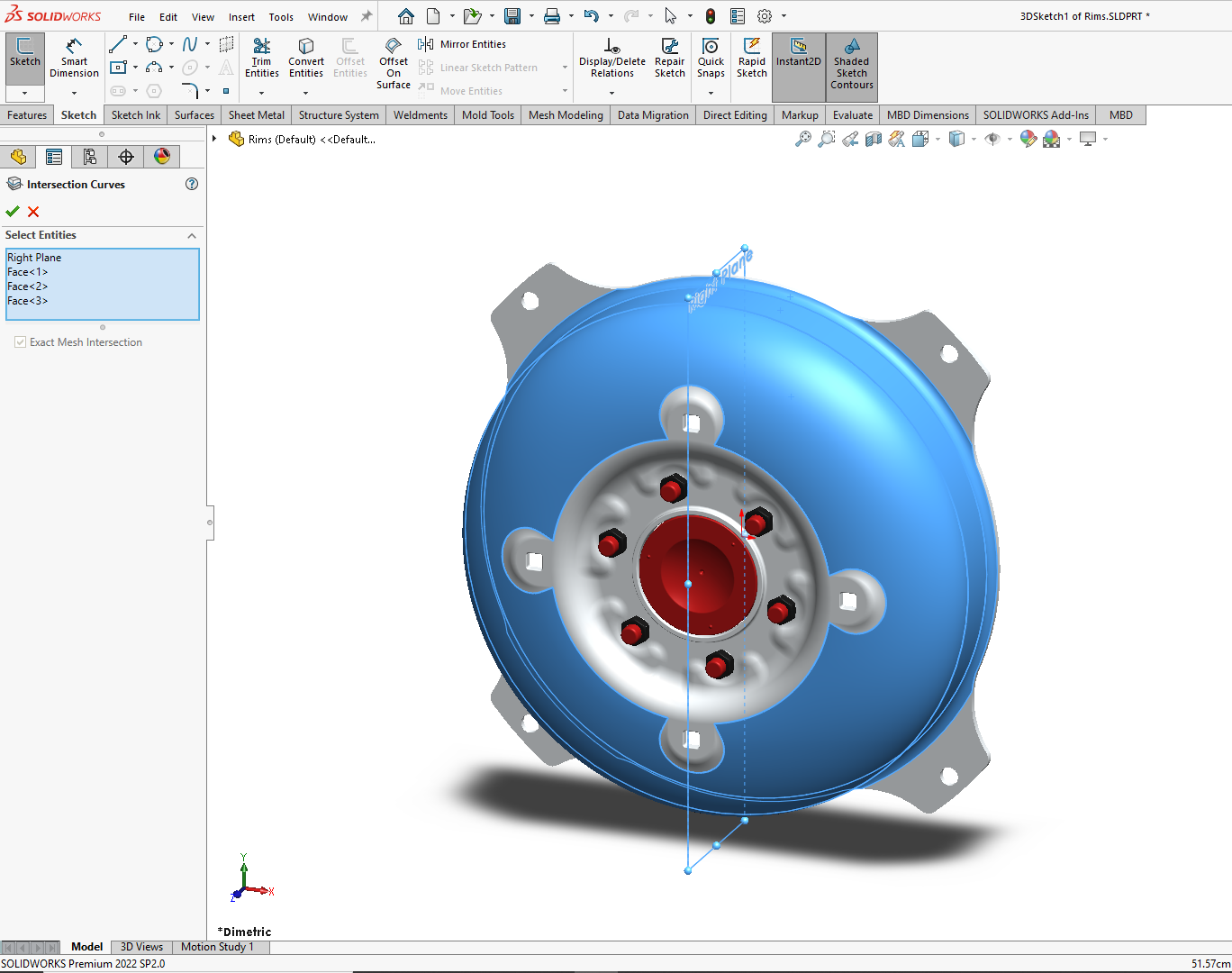 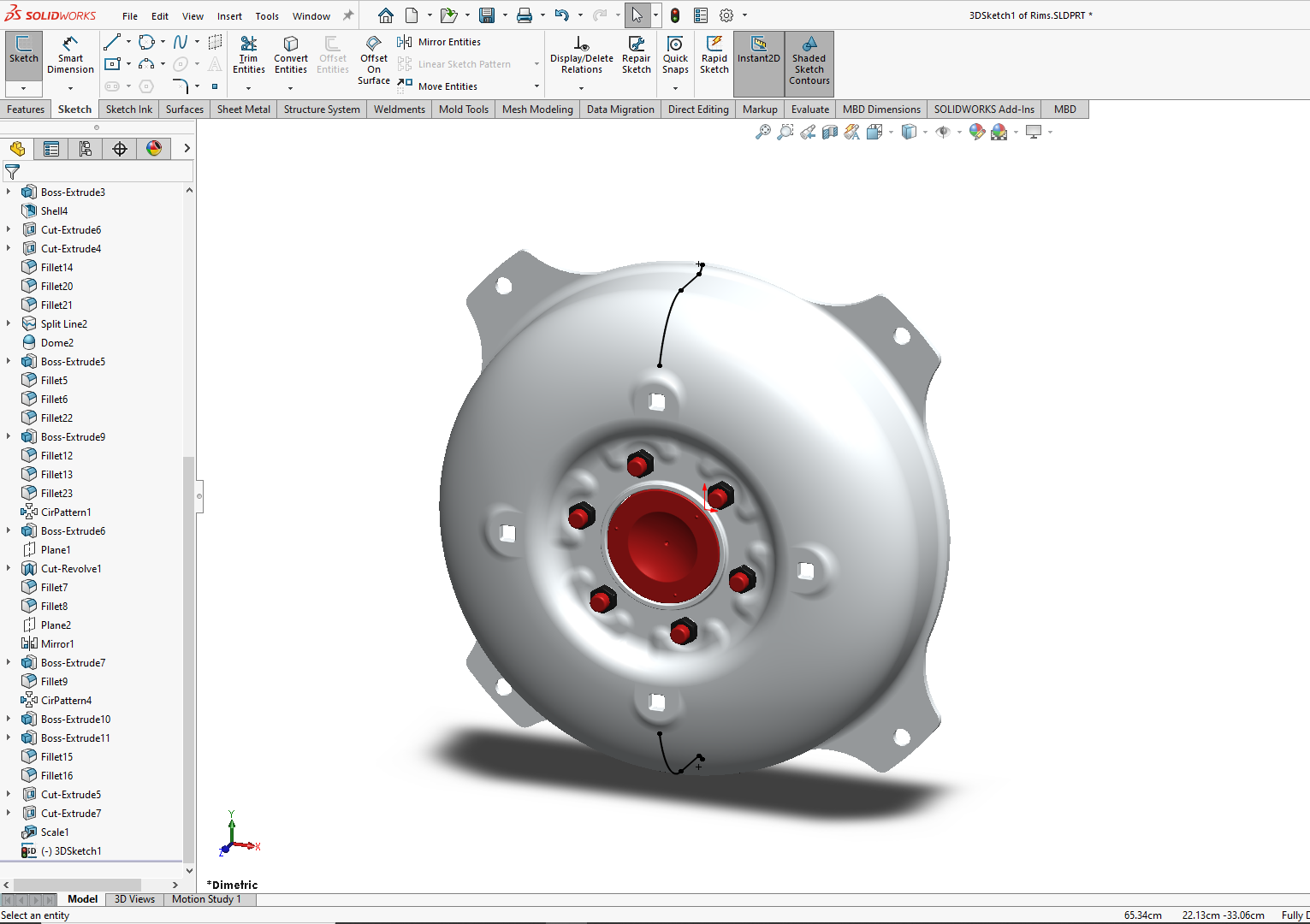 You can now use this sketch in the same way that you use any other 2D sketch.

To obtain the intersection curves on a 2D sketch:

2. A 2D sketch will open and you will be greeted with the Intersection Curve PropertyManager.

3. Select the items that are intersecting with your sketch plane and then click OK. The intersection curves will appear in the sketch.

You can now use this sketch in the same way that you use any other 2D sketch.

What are the uses of the Intersection Curve?

Intersection curves are usually used in the following ways:

See also  How to Sketch and use Construction Line in SolidWorks? 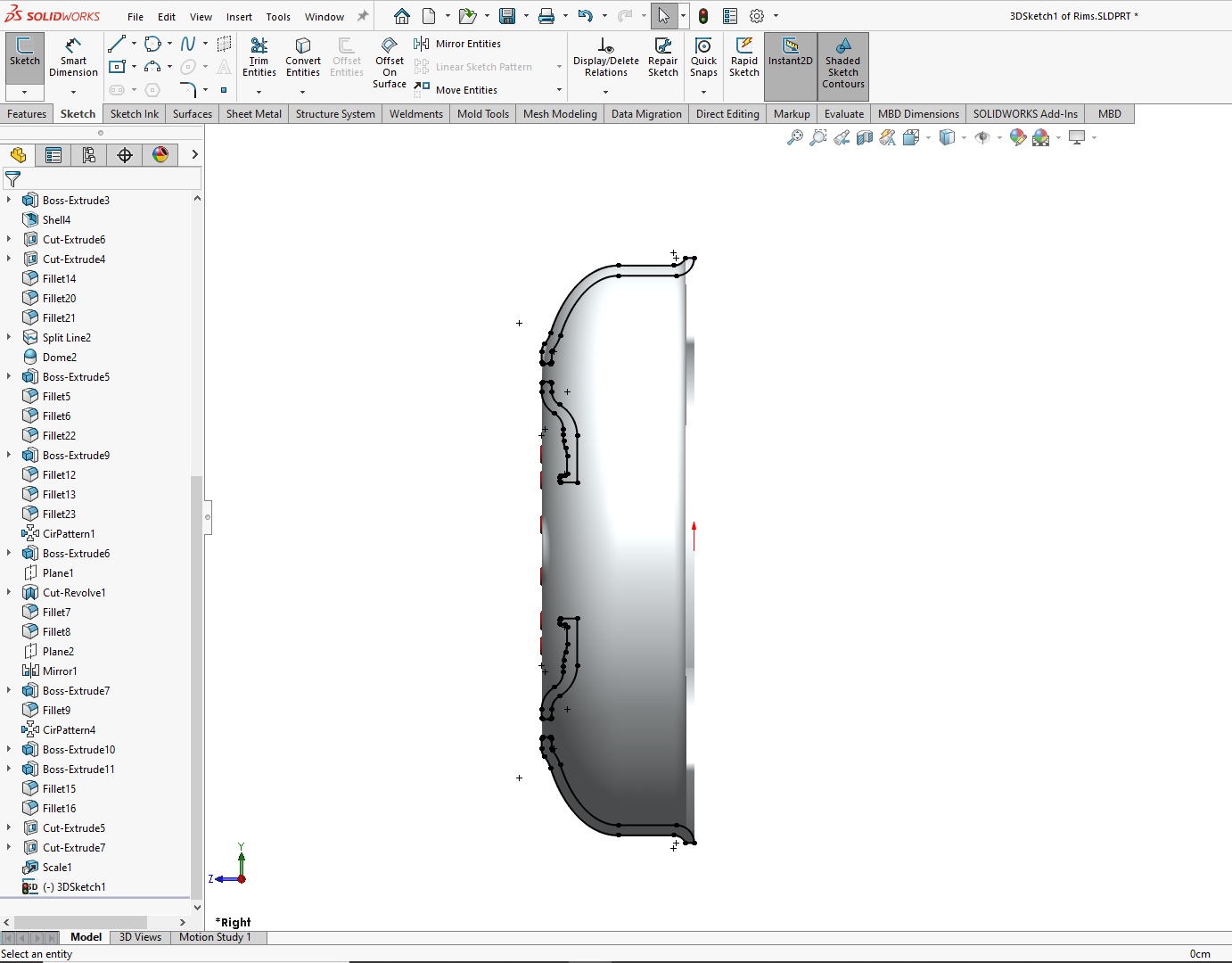 In the above image, you can see that we obtained a cross-section of our rim with the Right Plane by selecting the Right-plane and the Solid Body that represents the rim. We can now use the Measure tool present in the Evaluate Toolbar or from Tools -> Evaluate -> Measure to measure the cross-section thickness of the rim.

2. They can be used to create paths or profiles for a sweep that represent the intersection of a plane and the part.

For example, let’s say, in the part shown below, we want to make a circular sweep around the whole Cupola but we want the circular sweep somewhat at the middle of its height. 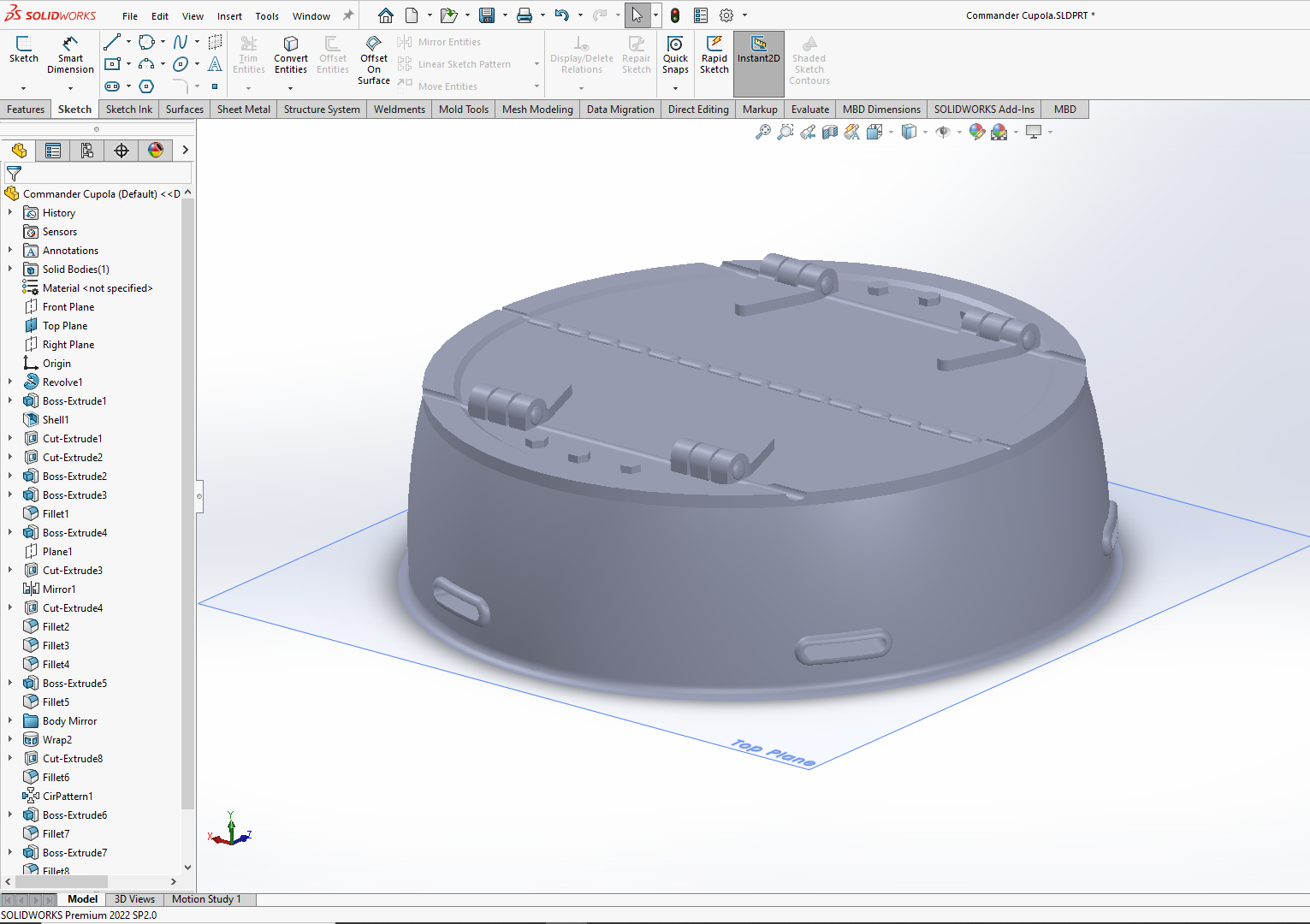 One way is to create a plane at the desired height and then use the Convert Entities tool and select the outer edge to get our path. 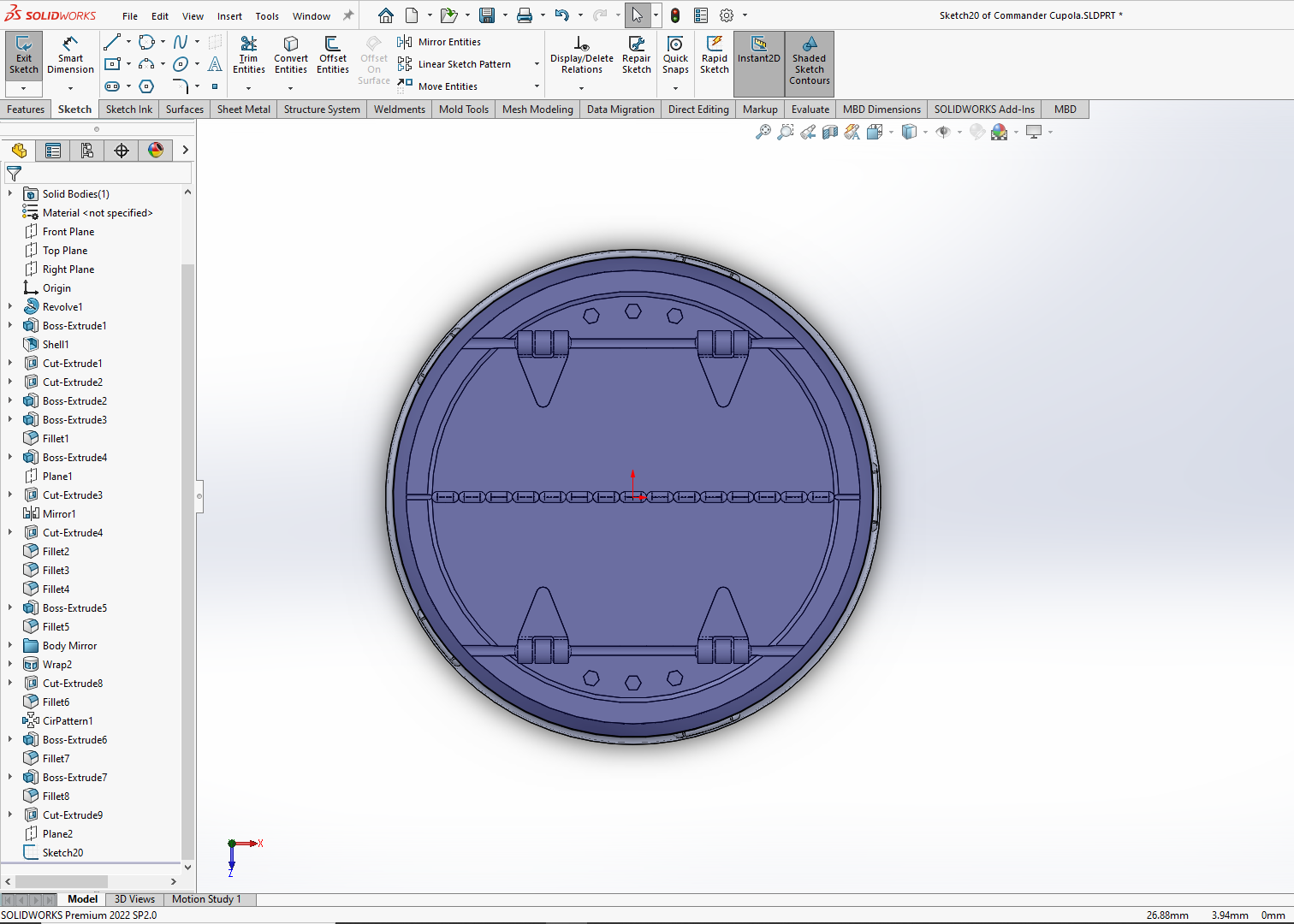 But since the cupola has a curved shape we can’t use Convert Entities. As the converted entities do not lie on the surface. So instead we use the Intersection curves option to obtain the path for our sweep. Notice the difference between the two circles. The outer circle is created by the Convert Entities and the inner circle is created by the Intersection curve.

See also  How to Insert Symbols in SolidWorks Notes? 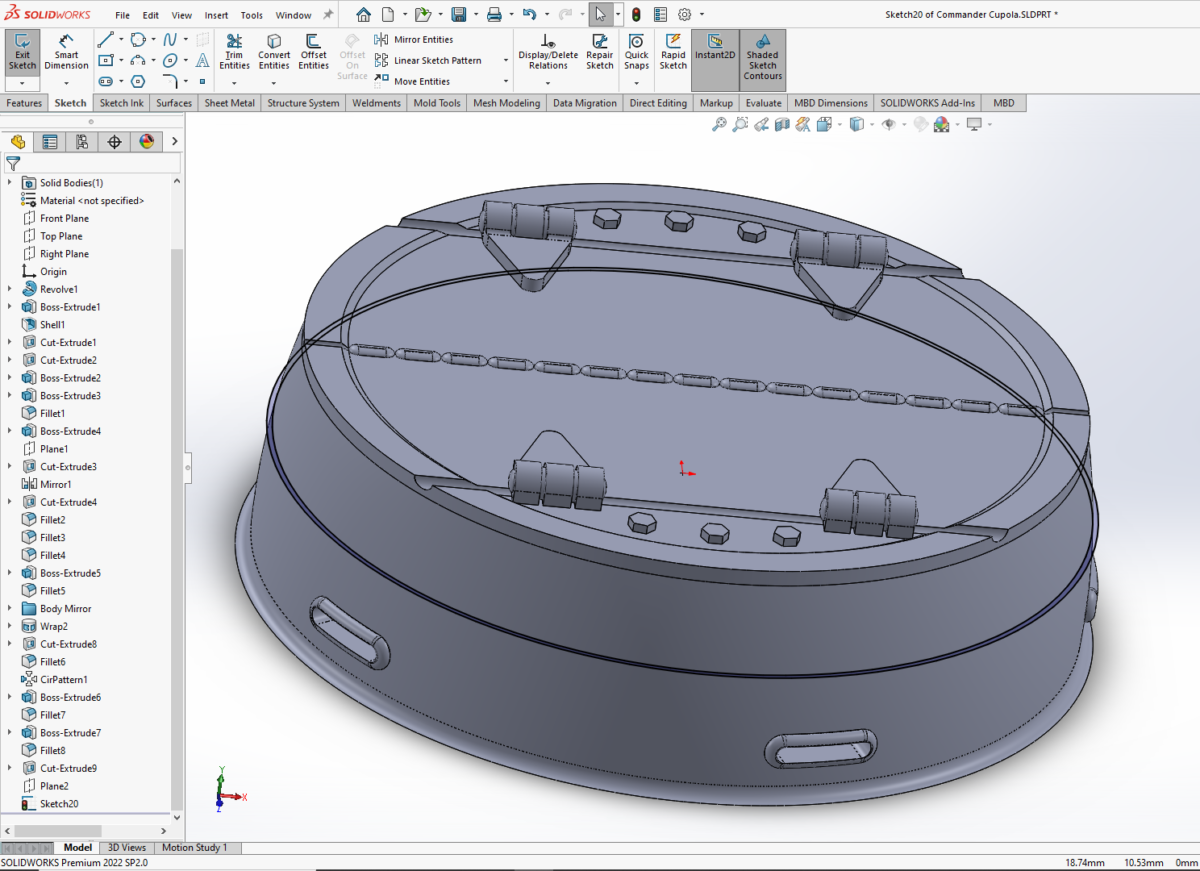 Now we can proceed with the Swept Boss/Base to make our sweep.

Tip: It is better to use Project curve rather than using Intersection Curves to especially create paths or profiles for a sweep as Project curves has a better compatibility for design changes. Read More…

3. Intersection tools also come in very handy when using Boundary or Loft features as they allow you to add tangency between your guide curves and existing surfaces. 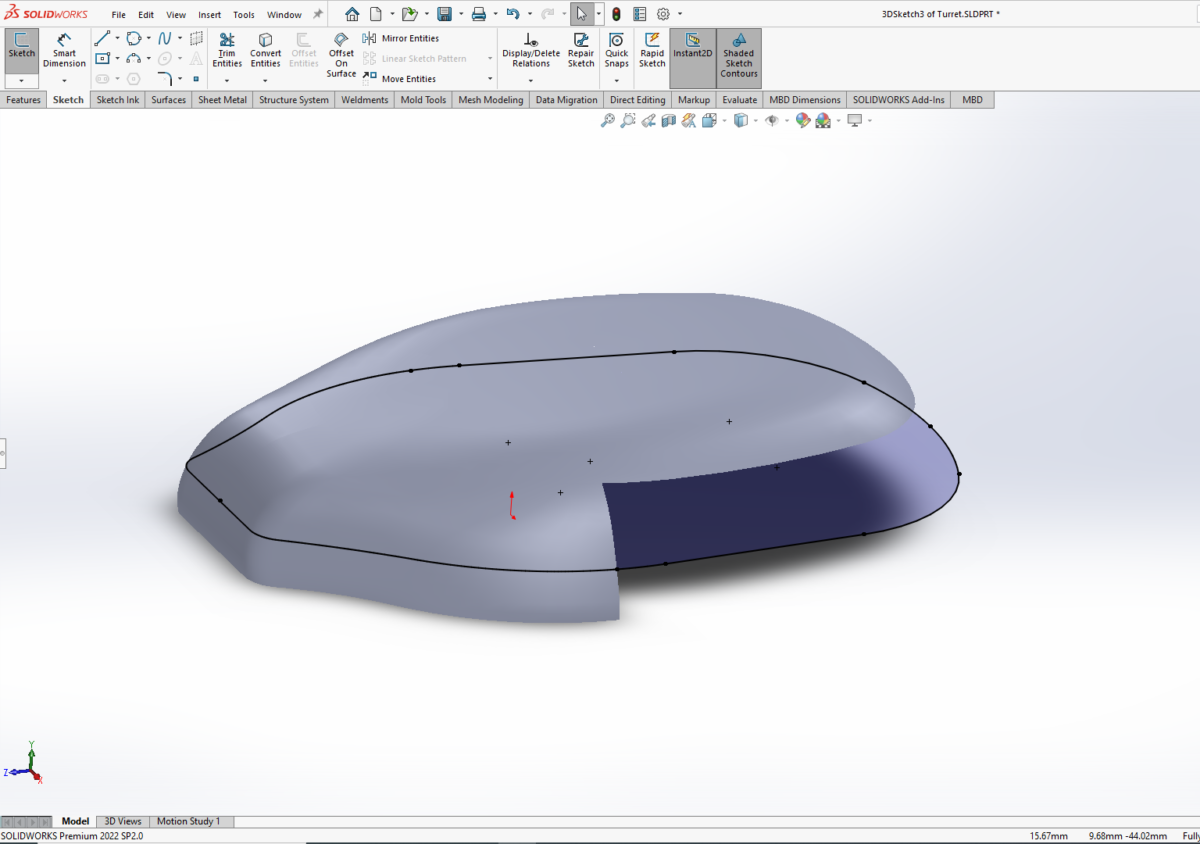 Then we create the Boundary surface which is seamless to the previous surface. 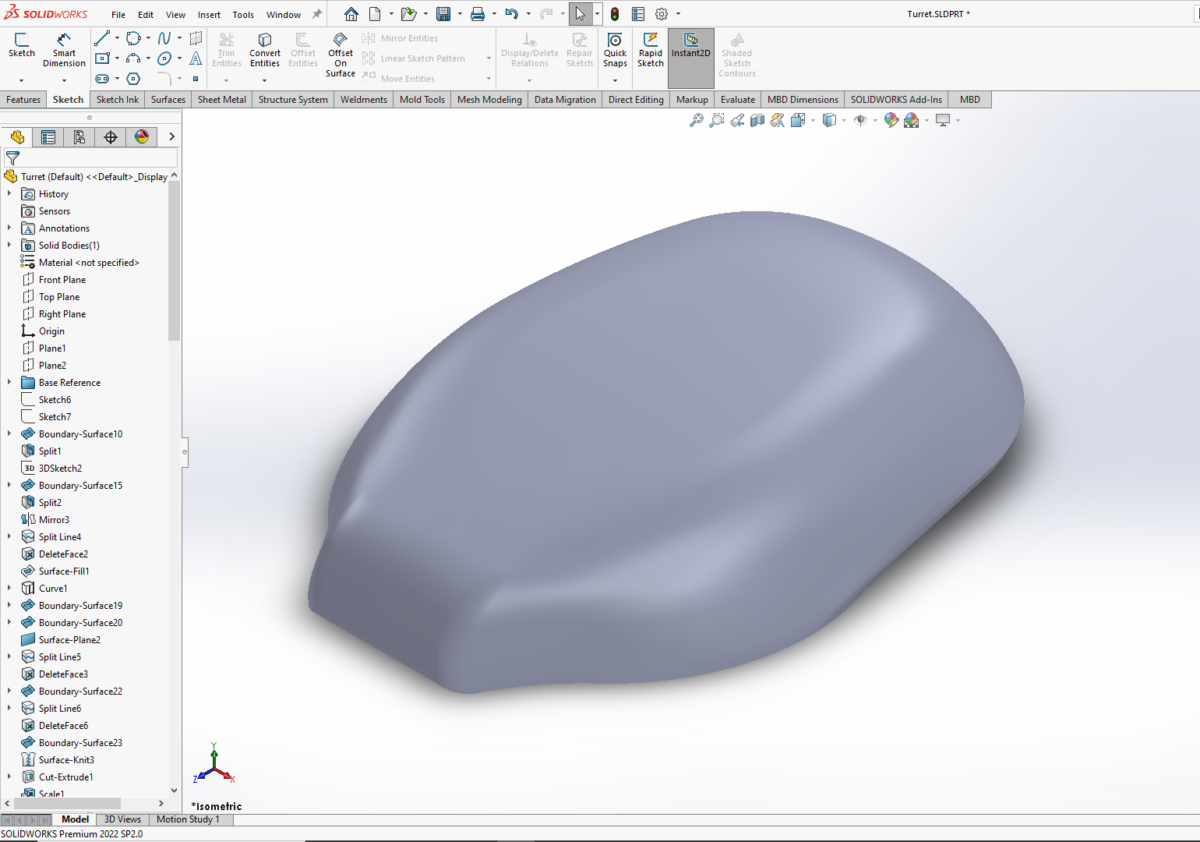