SOLIDWORKS has several features that are useful for producing smooth and organic shapes. The Loft feature is one of them. We’ll take a deep look at the loft choices and how to utilize them to govern the behavior of a loft feature. The loft function in SolidWorks is a useful tool for (surface) modeling. The loft feature creates a shape by combining many profiles and guiding curves. This tool is quite useful for modeling complex surfaces. You can do some great things with this functionality if you use it appropriately.

A Loft feature can be used for the base, boss, cut, or surface operations. In this article, we will mainly focus on the loft base/ boss feature. The picture shown below shows the location of this feature on the command manager.

*The lofted cut is also visible in the above picture.

How to use the loft base/boss feature?

The loft feature requires two or more sketch profiles. A single 3D sketch can contain all sketch entities, including guiding curves and profiles. Several methods are used for creating the loft base/boss feature in SolidWorks. First, we shall explain the steps used in the case of the 2D sketch, loft feature.

See also  How to Do Rendering in SolidWorks?

Steps followed to create a loft feature are as follows: ( Using profile method) 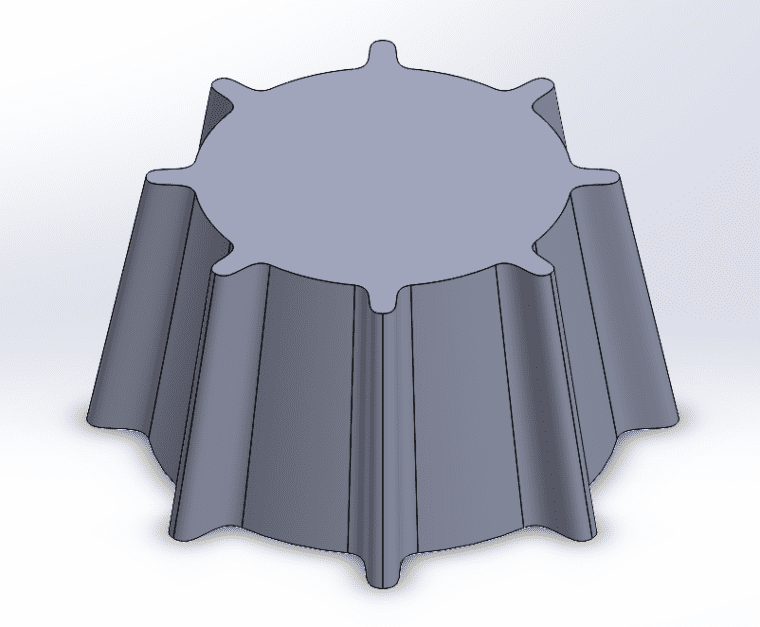 See also  How to use Filled Surface Feature in SolidWorks? 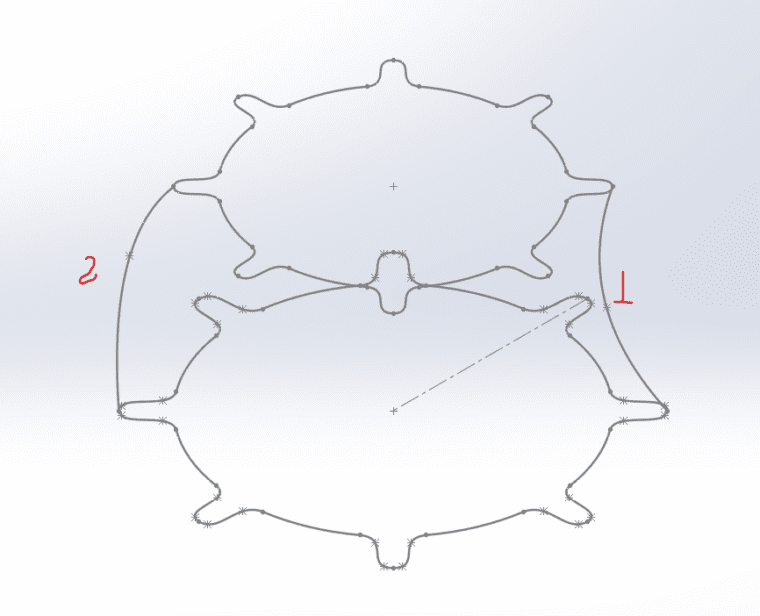 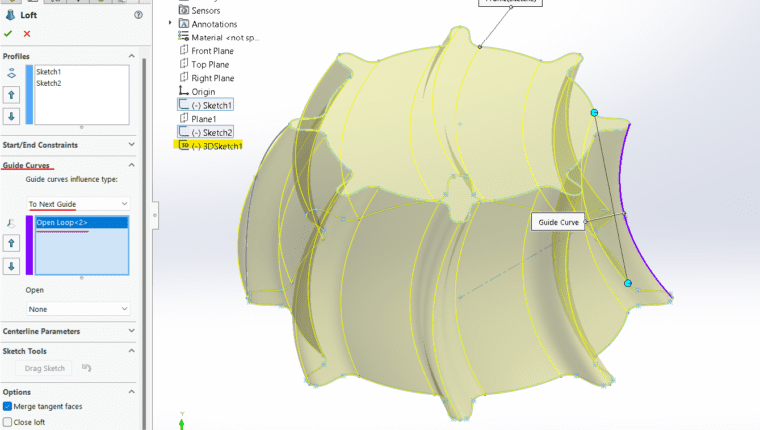 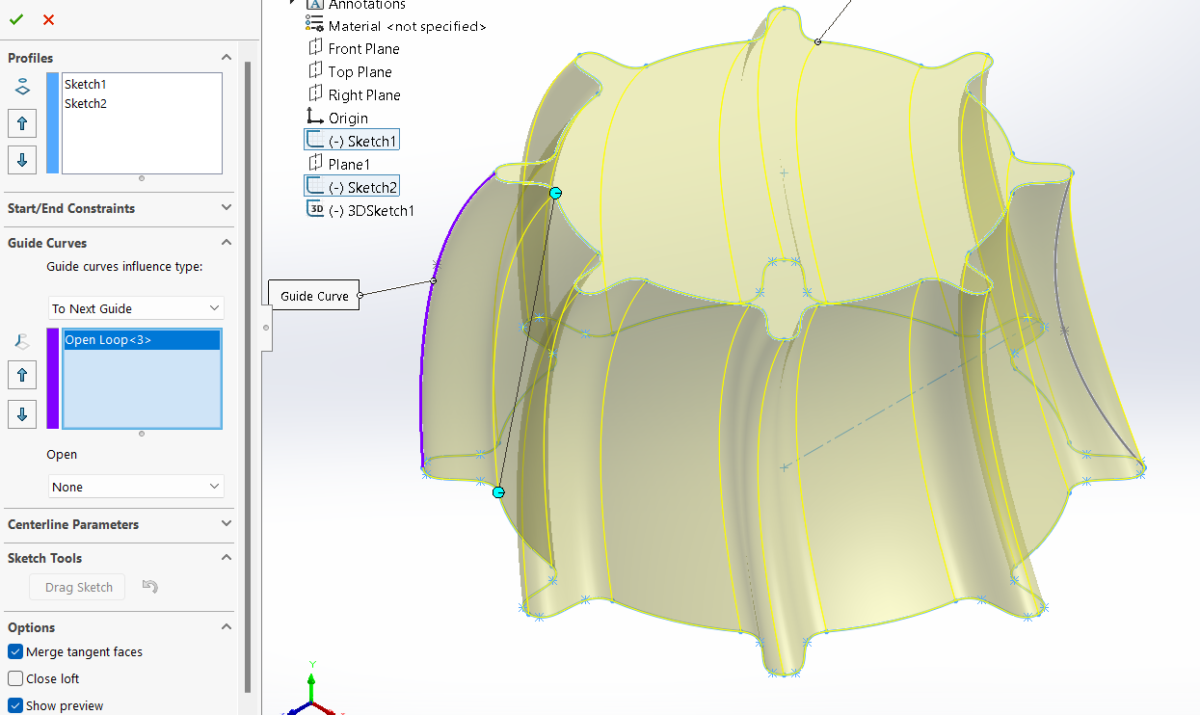 Steps to use guided curve are as follows:

See also  How to Convert from SolidWorks to obj File Format? 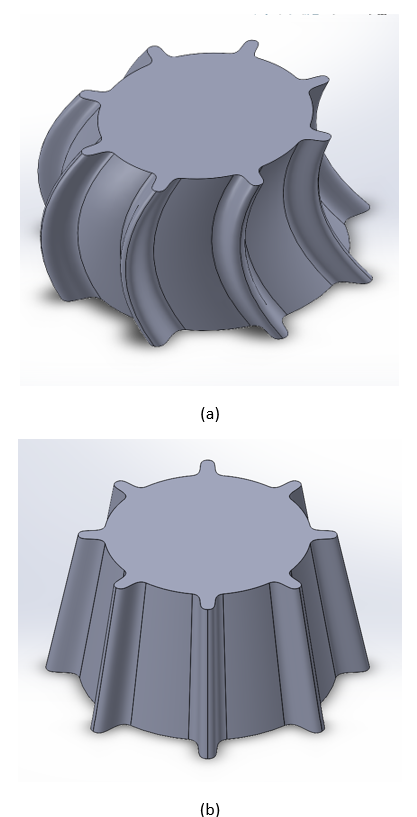 In the above picture (a) is a loft with a guided curve whereas (b) is a loft based on the profile.