If you are an engineering student or have a mathematics background, you must have encountered curves at some point. From simple harmonic motion curves to sine waves, to motion curves. Solidworks has an exciting feature called Equation driven curves that we can use to generate these curves from their equations; parametric or explicit.

In this example, we will examine equation driven curves in 2D and see basics of surfacing for more exciting visual results.

where A = amplitude, measured in units of length (mm or m) = 5mm

t = time, measured in seconds. We would investigate the motion from t=0 to t=5

See also  How to Create a Derived Part in SolidWorks? 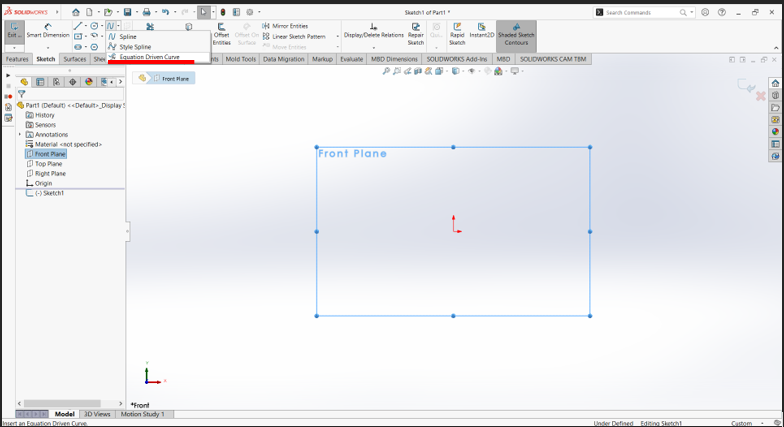 For this example, we will be using the explicit equation type. In the equation field, type out this expression we defined earlier in this post:

See also  How to create a Custom Coordinate System in SolidWorks?

Then, define the end conditions, x1 and x2 as 0 and 5*pi respectively. A sinusoidal wave can be seen in yellow on the drawing area. That is the curve from the equation. If you decide to plot a graph manually, you would end up with the same shape.

The example pretty much ends here, but if you want to take things a little bit further, you can move to step 3. 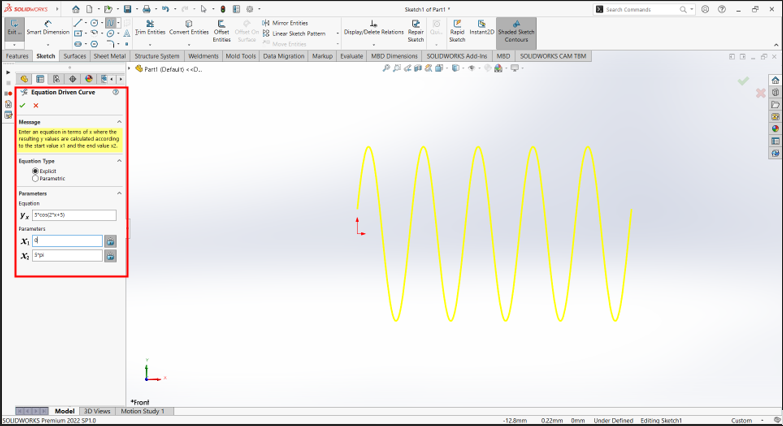 Step 3: To make things more exciting, I decided to show you how to create a surface from the equation curve we got in step 2.

Go to the Surface tab and select “Extruded surface”. If you don’t have the surface tab enabled on your interface, right-click anywhere on any tab and check the “Surface” box under tabs.

See also  How to use SolidWorks RX Tool?

Extrude the curve to your desired length and you’re done. 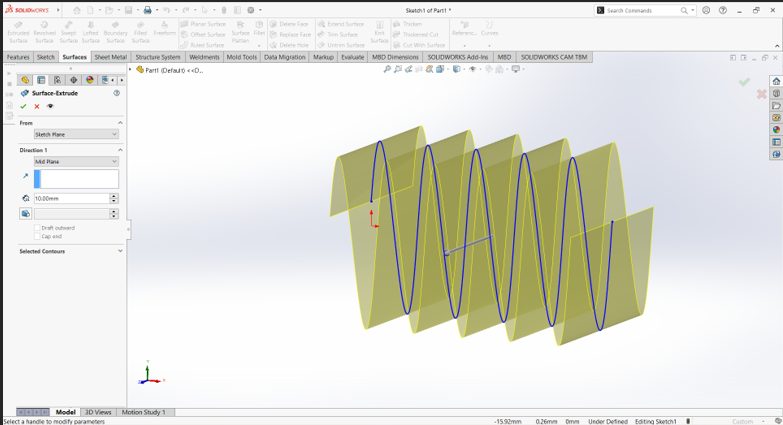