While there is a feature of scaling the design in Solidworks, it works only for parts. When the need to scale the assembly arrives we are left with two options.

See also  What are the Different Views used in SolidWorks Drawings?

Either to scale individual parts and remake the assembly or to save the entire assembly as a part file and to scale it. The later option can be used as a quick tool to check the assembly in its scaled state however ideally it is advised to scale each part. That way if there is a need for future design changes it can be done easily by accessing the part file, rolling back the feature, making the necessary changes and moving the rollback feature again.

However using the scale feature for a multi-body part file is a little tricky as it may disrupt the shapes of the bodies and hence the complete assembly. 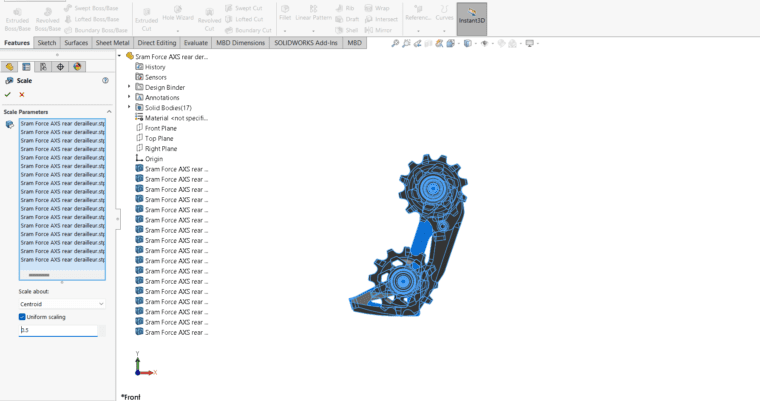 The below image shows the reason the option of scaling the multi body part file about the centroid is to be avoided. 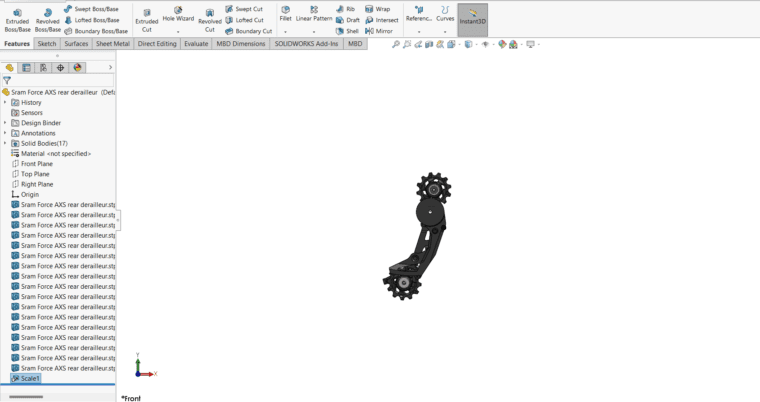 As shown, all bodies scale about their respective centroids and the assembly is disrupted. As in a multi body part file created from an assembly the mates no longer work just the parts are turned into bodies and assembly is turned into part file. 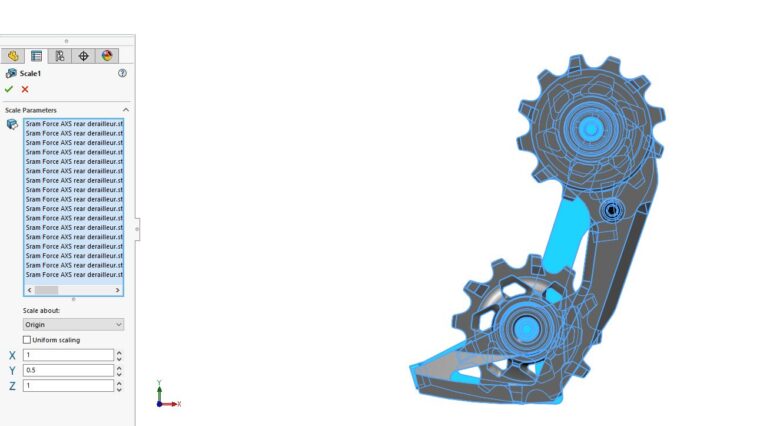 In rare cases when non uniform scaling is required, there are options to specify the scaling factor for each axis. As I have shown in the above image the same multi body part scaled in y axis with a scaling factor of 0.5.

See also  How to enable Dark Theme in SolidWorks?