While working in Solidworks Assembly sometimes the part used are of save shapes or are derived from some part. But in a few cases, a small change or modification is done in those parts. These changes can be done from the design tree. The features can be suppressed while designing those parts and can be unsuppressed when needed. There is one more variation which is to create each part separately. This way is lengthy and time-consuming.

So, to reduce the while designing the assembly with small changes. The designer creates the model and all the needed features and then suppresses those features which are not needed.

In Assembly when you insert any part multiple times the parts are dependent. That means if you make any changes to any one part that will make changes in all the derived parts. For this, we have to make the part independent of the other parts. This way whatever changes you will make in the independent part will not affect the other parts.

See also  How to Change Background Color in SolidWorks?

First, go to Solidworks Assembly and create or open the assembly which has the same components.

Now if we go to FeatureManager Design Tree and make changes to any one of the similar components. The changes done in one part will apply to all the parts. As the parts or components are dependent on each other. 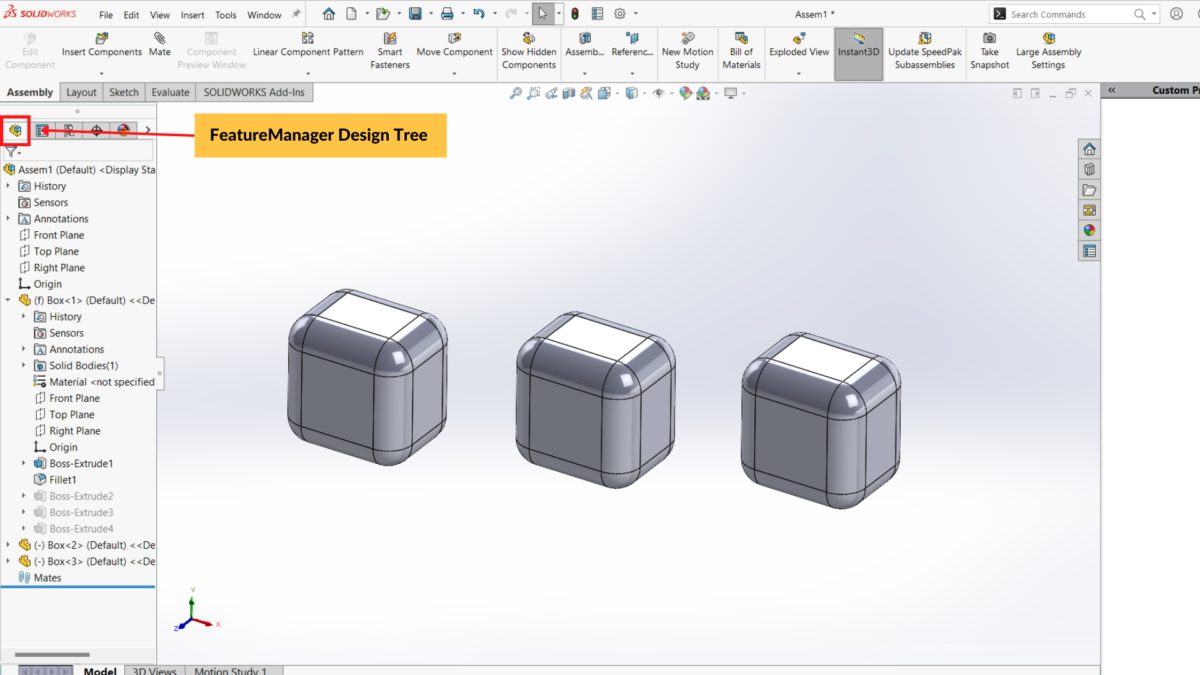 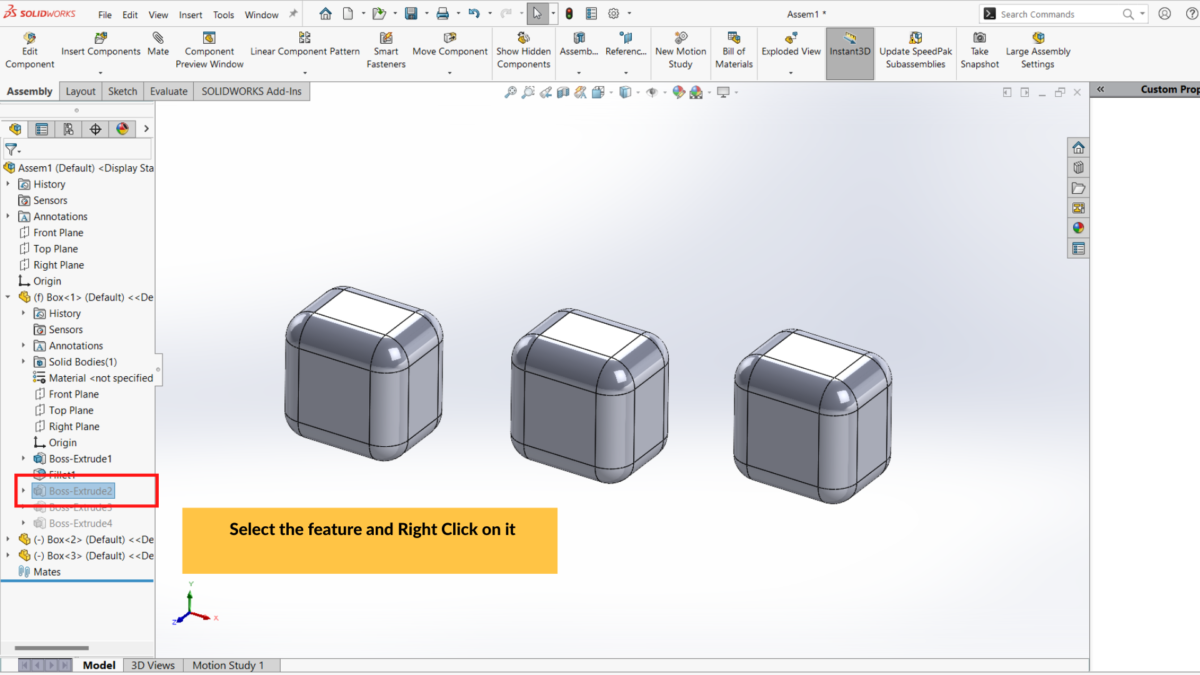 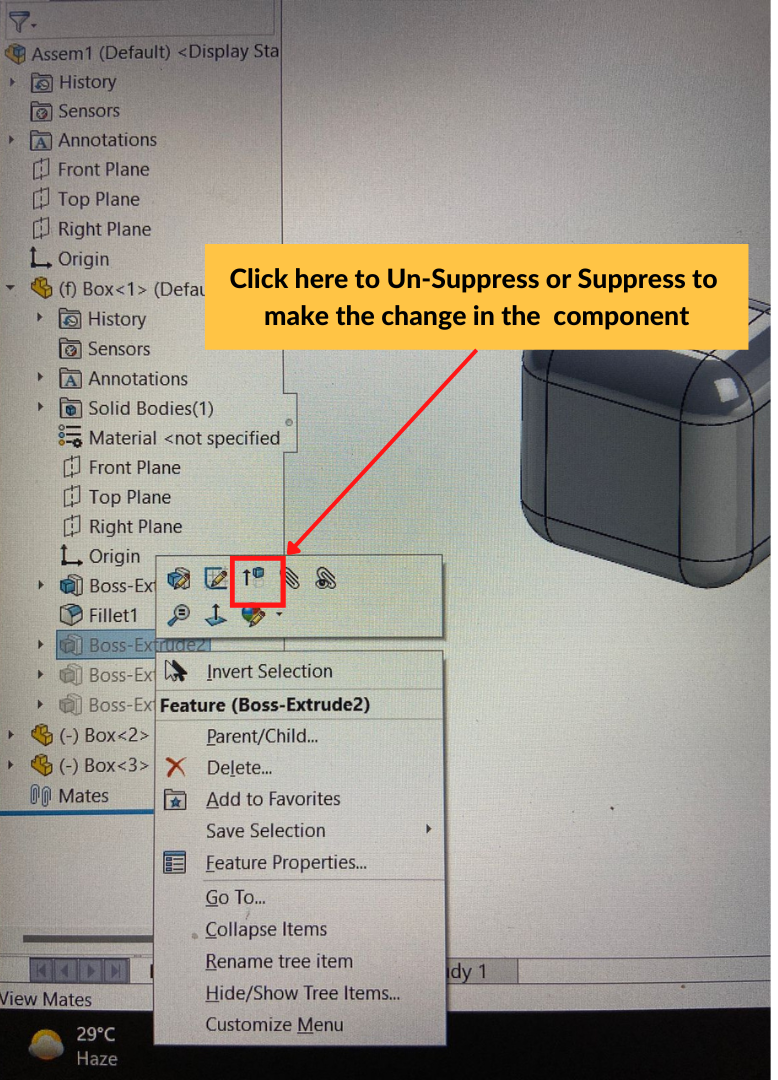 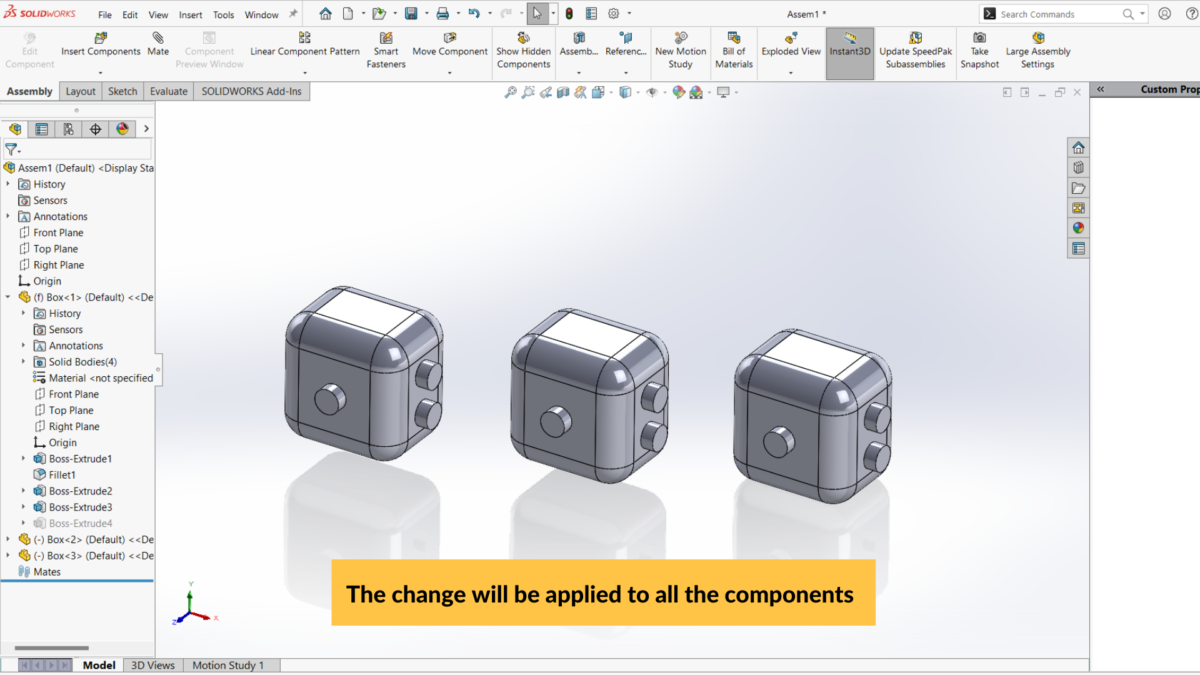 To make the components Independent Go to FeatureManager Design Tree again select the component and then Right Click on it. 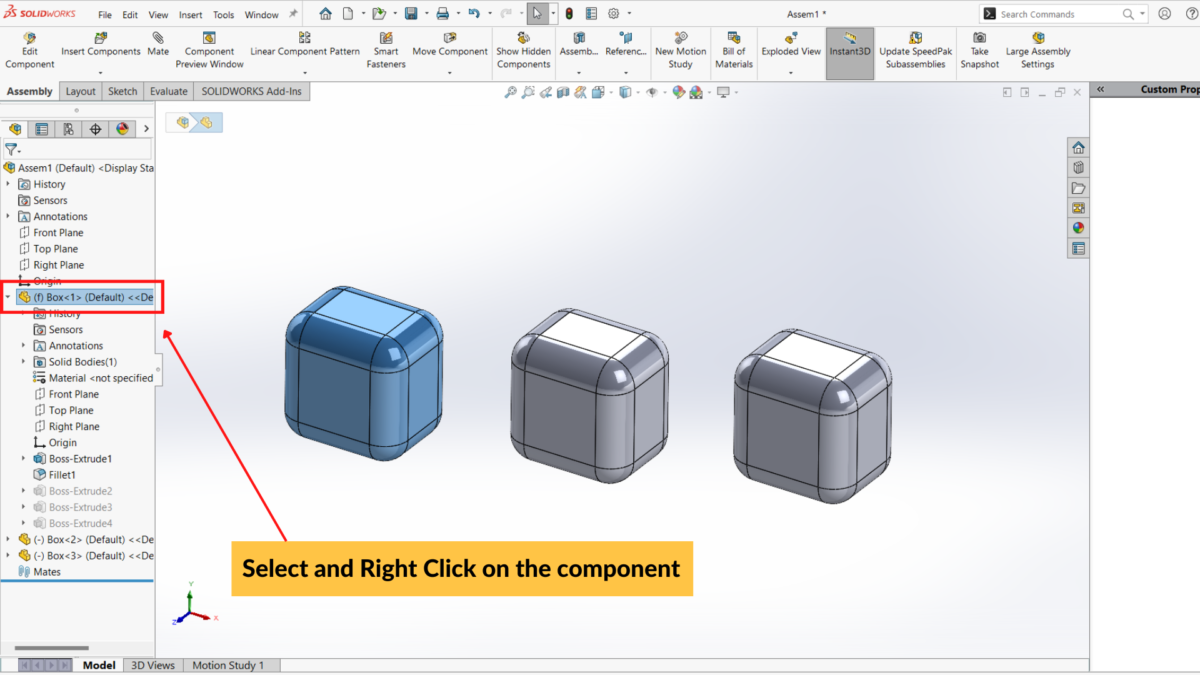 Select Make Independent, Now you have to save this part as a separate file with a different name. Locate the location give a name to the file and click on Save. 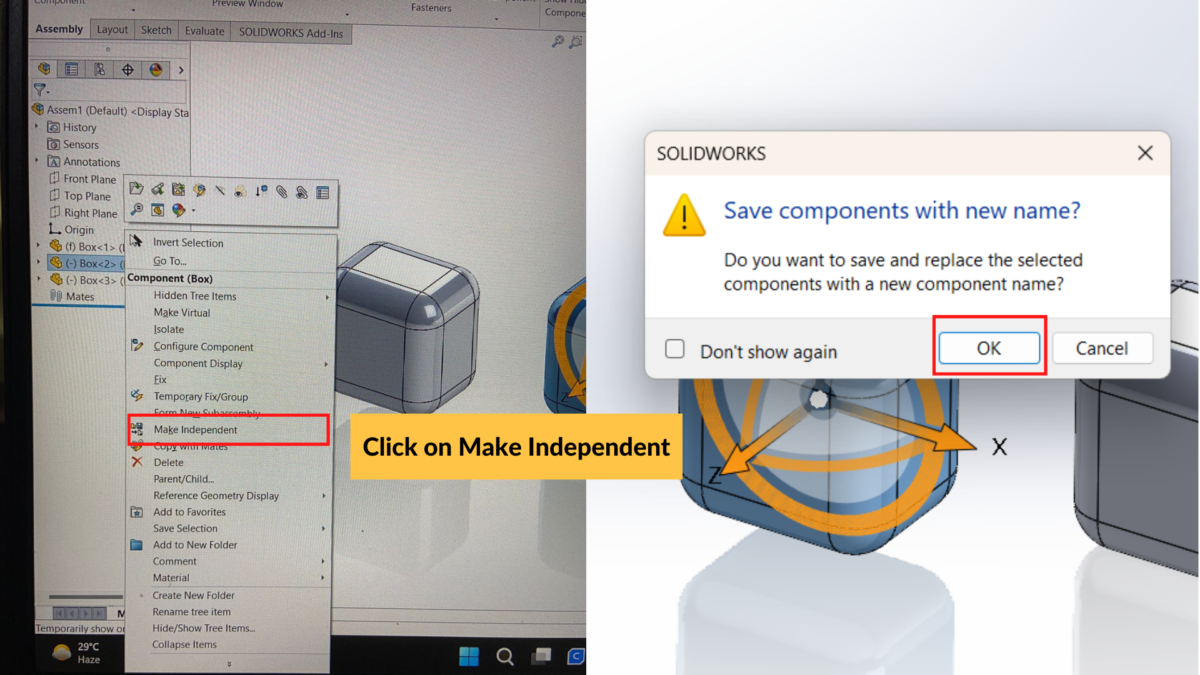 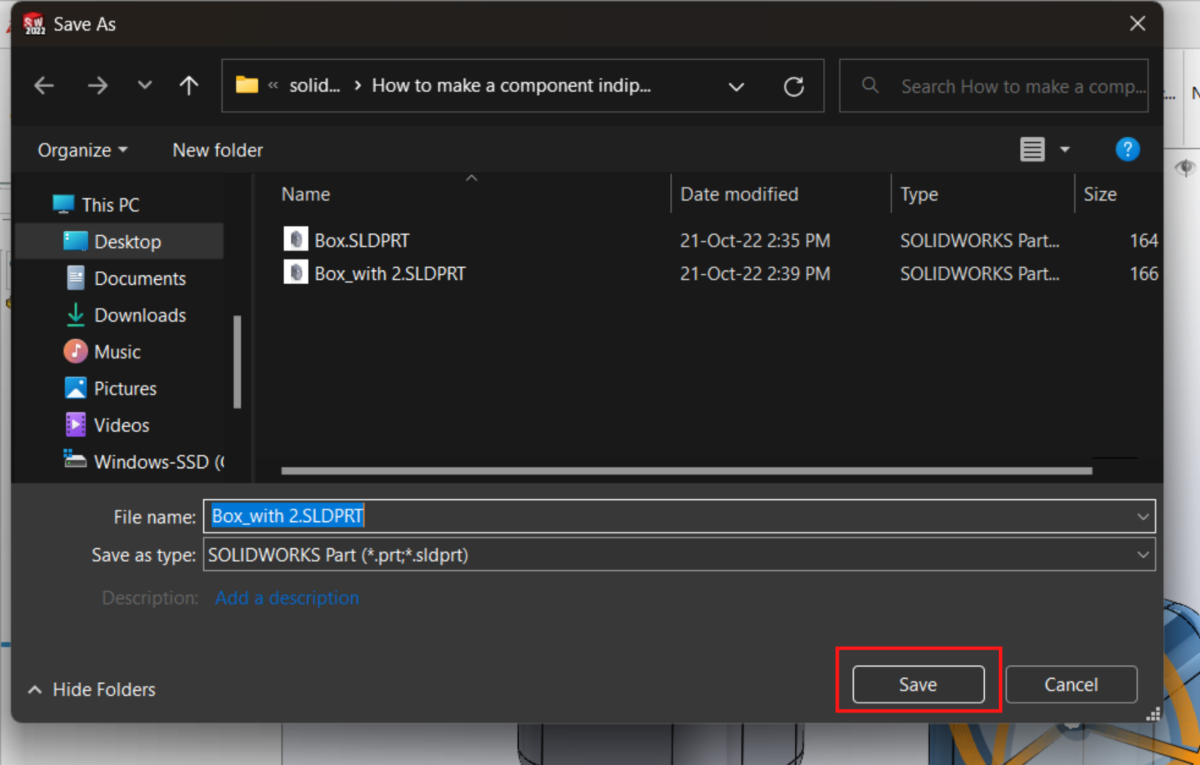 See also  How to make a Chain Pattern in SolidWorks? 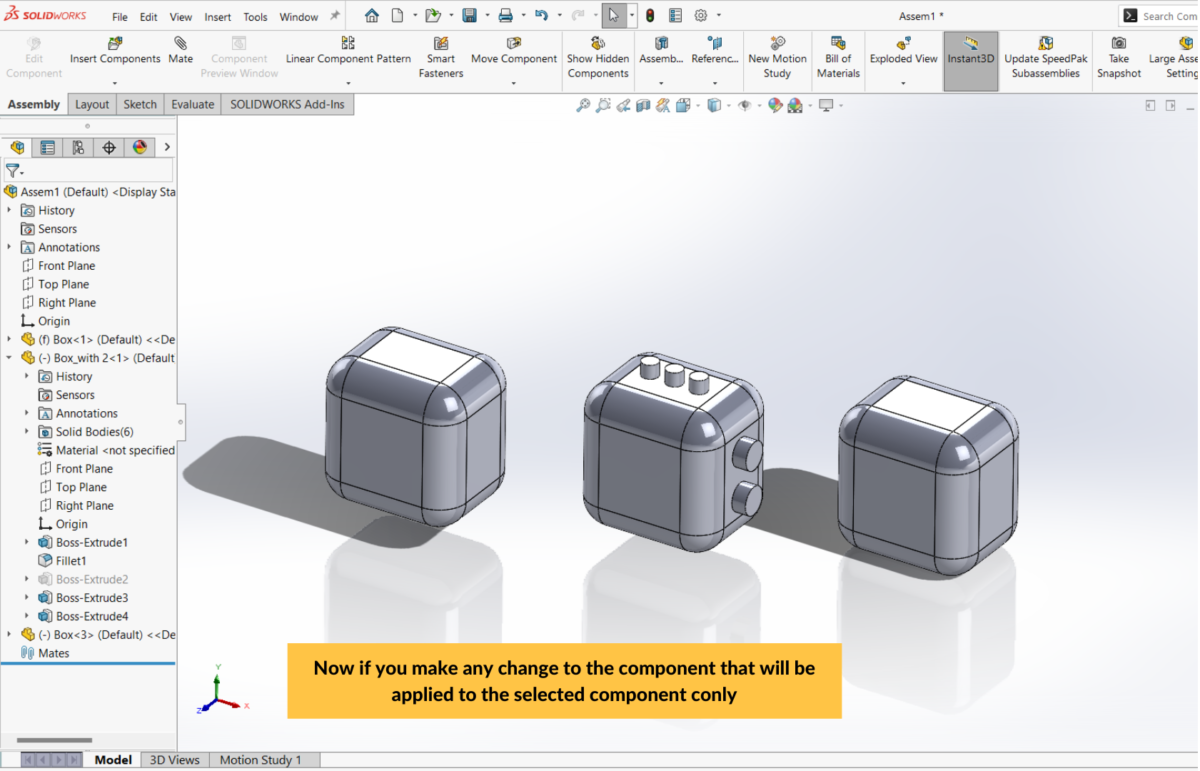 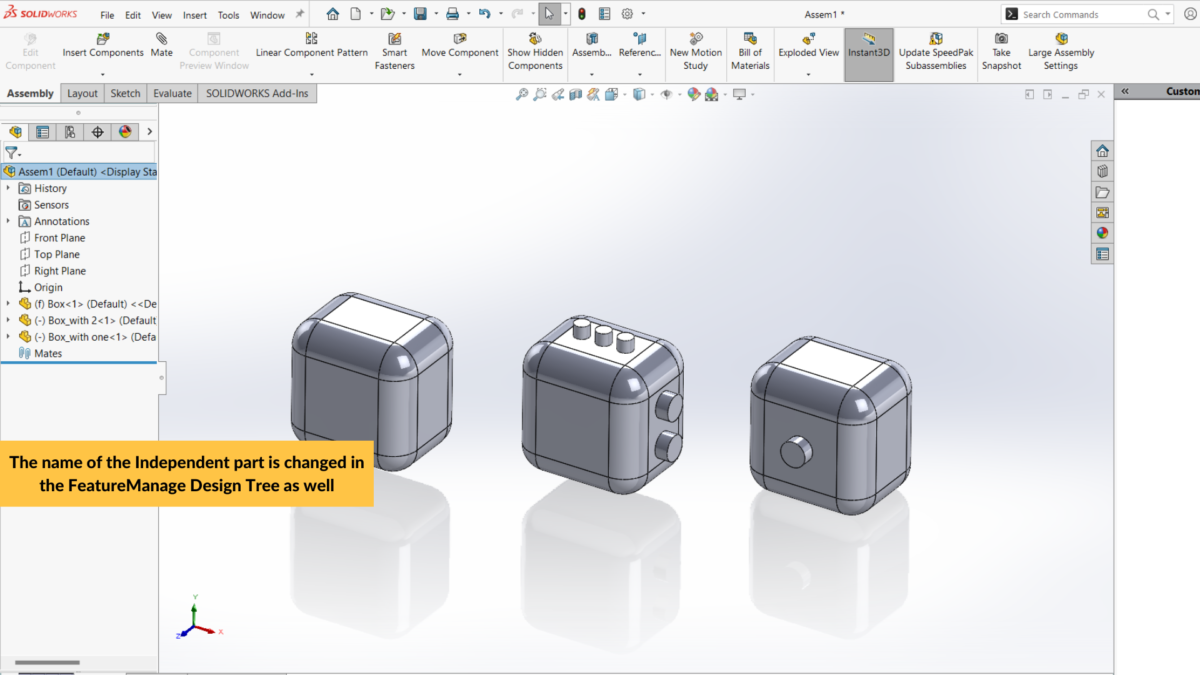