As is usually the case, there are often multiple ways to achieve the same result in SolidWorks. Dome is a time saving feature, allowing for domes to be created without the need for a sketch or revolve. Domes can be concave or convex, and they can be applied to various surfaces. This tutorial will cover the dome feature, revolved base/bose and the revolved cut features.

This method can be used to create a dome with or without an existing body. Create a sketch containing half of the profile to be revolved, then select “Revolved Base/Boss” from the CommandManager. Use the following settings to create the revolve: 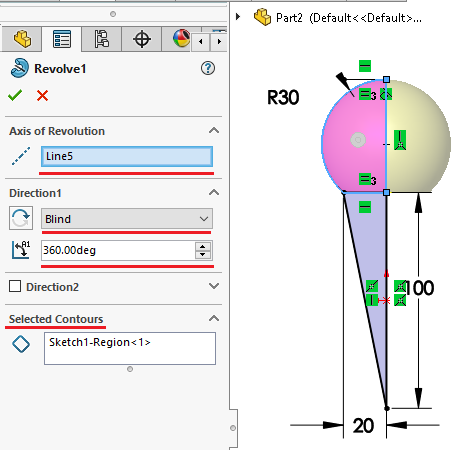 Tip: The profiles of multiple revolve features can be in a single sketch, share the sketch between features. Before starting the next feature, set the sketch to visible, as a result the sketch is shared.

For this example, begin by creating the cone. Once complete, select “Dome” from “Insert” – “Features”. Select the face to apply the dome and set the distance to 60mm. 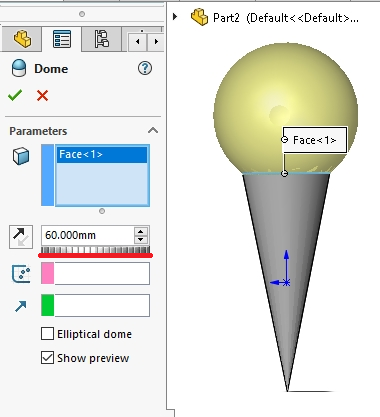 Instead creating a cone with a flat surface, change the sketch to create a concave surface. 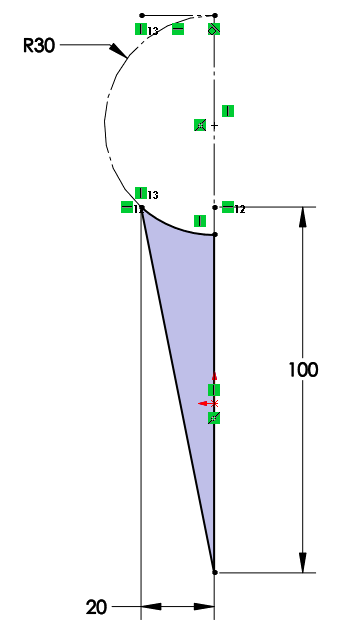 Instead of editing the sketch, a revolved cut can be used to create the concave surface. Create a sketch of the profile to be cut, then select the “Revolved Cut” feature from the CommandManager. The settings for this revolve are the same.

See also  How to Create a 3D Sketch in SolidWorks?

The process is the same as a convex dome, change the distance to 7.639mm. This value is the depth of penetration of a Ø60mm sphere. 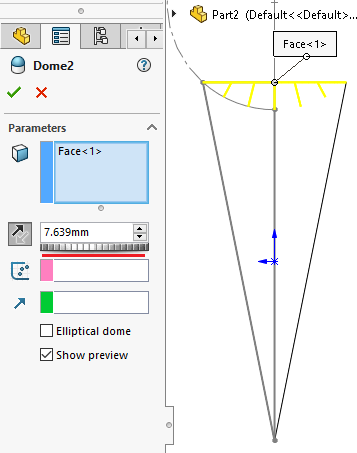 Dome can be applied to a variety of surfaces.