Suppose you have had difficulty improving your assembly model performance and embedding a large assembly into another assembly. In that case, you should try out SolidWorks Speedpak to solve any dilemma during the embedding process. SpeedPak is a more detailed graphical representation of SolidWorks assembling. When working with big congregations, you may improve speed by using the Solidworks gathering file, which contains all the information connected to SpeedPak. The ideal tool for simplifying sub-assembly components is SolidWorks SpeedPak, which does this by swapping out complex geometry for a graphical representation of the exterior faces. Creating SpeedPak configurations is an excellent approach to improving performance while working with assemblies (or drawings of assemblies). A single SpeedPak can be assigned to each Solidworks gathering arrangement. The graphical representations of assemblies and subassemblies known as SpeedPak configurations only provide the data necessary to make selections (such as mates) and take measurements. Continue reading this article to learn how to use SolidWorks Speedpak.

With no references lost, SpeedPak streamlines the setup of an assembly. When working with the assembly and its design, adopting a SpeedPak configuration can greatly enhance performance if you deal with very big and complicated assemblies. Large and complex assemblies are where performance improvements in assemblies are most obvious. An assembly’s parts, faces, reference geometry, drawings, and curves are all included in a SpeedPak configuration. SpeedPak simplifies without suppressing, unlike standard setups where you can only reduce an assembly by removing components.

Once you’ve learned how to utilize SolidWorks Speedpak, you may replace the whole assembly with a SpeedPak configuration to prevent losing references in higher-level assemblies. You can improve the performance of various processes since less memory is utilized since just a portion of the components, faces, reference geometry, drawings, and curves are used.

Even when you rebuild the assembly, modifications you make to an assembly—such as adding, removing, or shifting components—are not immediately reflected in the SpeedPak configuration. The improvements need to be manually incorporated by updating the SpeedPak settings.

If you want to see the complete SpeedPak assembly but only need to mate and dimension a few spots, use SpeedPak to insert the huge, complicated assembly into a higher-level assembly.

You can enable file sharing using SpeedPak as well. The assembly file contains all of the SpeedPak data storage. As a result, when sharing an assembly, you may transmit the assembly file, and complementary files are not required. As an illustration, let’s say you create an engine component and need to share it with your client’s design team so they can include it in their car concept. 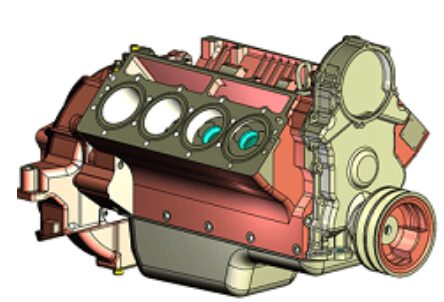 Only the edges contained in the SpeedPak, are shown in black when dimensioning SpeedPak variants in drawings, and gray is seen on boundaries that are not part of the SpeedPak. All of the lines in the design print in black when you print it unless you choose Color/Grayscale in the Page Setup dialog box.

SpeedPak designs do not enable exporting to DXF or DWG files. 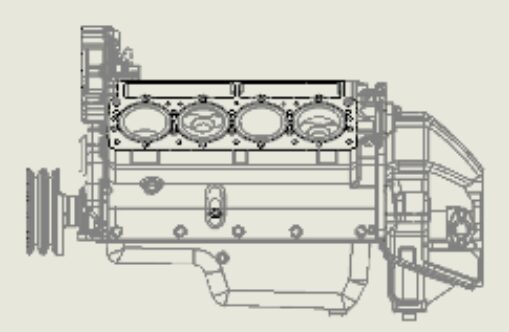 All of the elements in a SpeedPak assembly can have balloons added to them using the Balloon (Annotations toolbar) command. However, the Auto Balloon command is not supported.

An assembly from SolidWorks is graphically represented simply in SpeedPak. The SOLIDWORKS assembly file contains all the information related to SpeedPak, which is utilized to speed up operations while handling large assemblies. One SpeedPak is the maximum allowed for any SOLIDWORKS assembly setup.

You can follow these procedures to add a SpeedPak configuration to an existing setup:

You can also make a SpeedPak configuration from a parent assembly:

The parent configuration of a non-managed SpeedPak configuration is shown in the PTC Windchill Status pane and the assembly structure when it is utilized as a component in an assembly.

Tips for Using SolidWorks Speedpak and Its Limitations 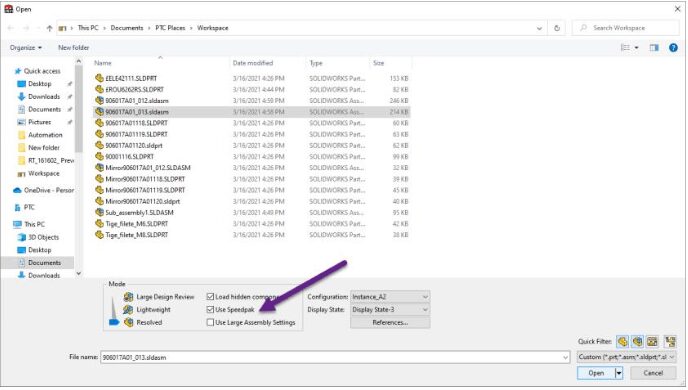 How to Exclude a SpeedPak Derived Configuration Management

It is easier to work with large assemblies and improves performance thanks to SolidWorks SpeedPak, a useful SolidWorks feature. You can reduce your CPU and graphics card stress while maintaining functionality, and SpeedPak configurations are a good choice. In turn, this accelerates and smooths out the operation of the assembly. I hope this was helpful.