A physical item may be created from a computer image using the three-dimensional printing technique known as stereolithography. Using an STL file representation of a faceted mesh, the method—also known as fast prototyping—creates pieces. You can import STL files with up to 500,000 facets (24 MB for binary format). STL files and 138 MB for.STL files in ASCII format. You are given the option to cancel the import of surface and solid STL files after being informed that conversion may take some time.

An import and export model can have a unit of measurement assigned to it. CAM and 3D printing frequently employ STL (stereolithography) file formats, but they are very challenging to deal with in SolidWorks. The program entirely breaks when you try to open an STL file. Some models are imported as bodies without selectable faces or edges; this is an STL graphics body, not a bug. This article explains how to edit STL files in SolidWorks, including the difficulties with STL files and the best ways to import them.

In STL files, the surfaces and curves inside a native SolidWorks file are defined by a mesh of plain or triangular faces. The software’s memory requirements will increase as an STL model’s geometry becomes more intricate, making it more difficult to import and transform the shape into a solid component file. Users may determine what kind of body SOLIDWORKS tries to build when opening a file by adjusting the import parameters. Select “Open” from the “File” menu to do this. Users must choose STL from the dropdown menu’s list of file types to access the STL import options.

Select “Options” next. Users can import the file as a surface body, solid body, or graphical body in this case. Additionally, users can import texture data and establish units if the STL file has any.

Users will be greeted by their imported file with each of its faces presented in a mesh when dealing with surface bodies concerning STL files and choosing not to conduct import diagnostics.

The model’s robustness is weak, even though the program can edit the file. The size and complexity of the file will determine how challenging it will be to run a geometry analysis at this stage and whether it will result in SolidWorks crashing. The ideal way to utilize this imported file would be to recreate the part using clean surfaces as a guide.

As SolidWorks first imports the file as a surface body and attempts to automatically fix gaps and overlaps in surfaces to make a solid body, it is only advised to open STL files as solid bodies for minor or basic actions. Users should use import diagnostics to fix the file. Keep in mind that this operation uses a lot of memory. The diagnostics tool will shut down if it can’t select the file. Users should manually fix the file in this case and import the model as a surface body. However, SolidWorks won’t be able to handle the simple task of transforming faces to surfaces when importing big STL files; instead, SolidWorks may produce just a graphical body.

Only graphic data, including editable edges, faces, and points, are included in graphics bodies, rendering the file solely useful as a visual guide. However, SolidWorks can still crash when extremely large graphics bodies are used. It is advised to employ third-party software in situations like these to scale down the STL model’s face count to a more reasonable size.

How to edit stl File in SolidWorks

SolidWorks makes mesh import simple. You can easily make the mesh appear in the workspace by dragging it into the program window. As with a solid model, you’ll see that you can hover over and choose the faces, lines, and vertices. A subsequent revision will enable us to separate faces and edges. 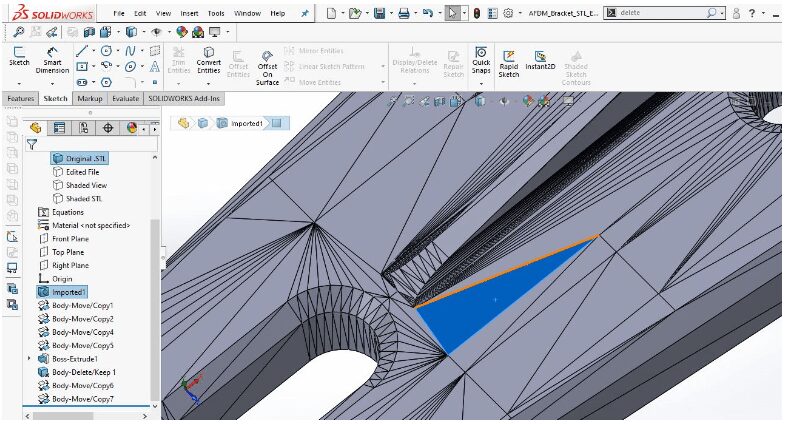 Creating a Sketch Geometry and Modifying the Mesh

You may choose a plane from the mesh’s vertices and draw a drawing of it to serve as the basis for your building geometry. You may pick specific vertices on the mesh to serve as anchor points for your slot feature. As a result, you can sketch directly on the model’s top surface. 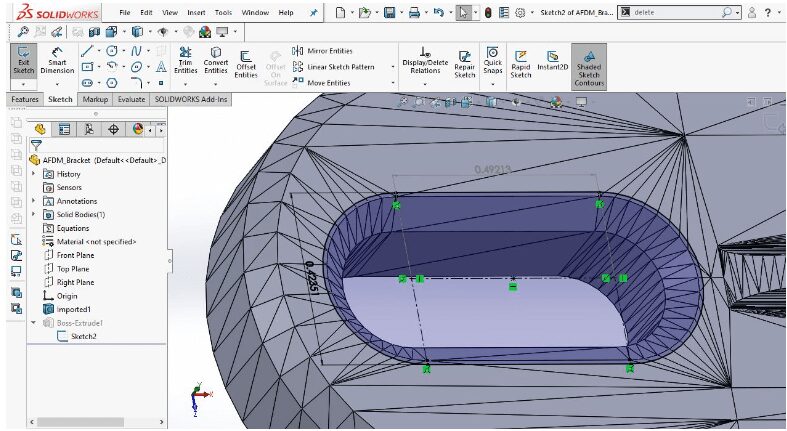 See also  How to use SolidWorks Configuration Manager?

You can make an extruded feature from the slot sketch feature that you will use as a tool to fix the slot feature. Using the Up to Surface end condition, you may choose a planar face on the model’s back as your end condition for your extrude function. If you check the Merge Result box, SolidWorks will combine the new tool with the old mesh. 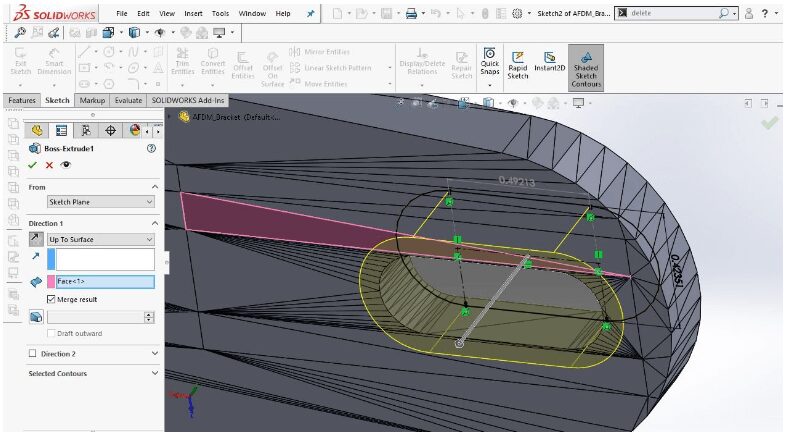 The Zebra Stripes feature may verify if the surface is planar once your slot feature has been combined with the original mesh. After you have validated that it has a flat surface, you can re-export the mesh STL for future usage. 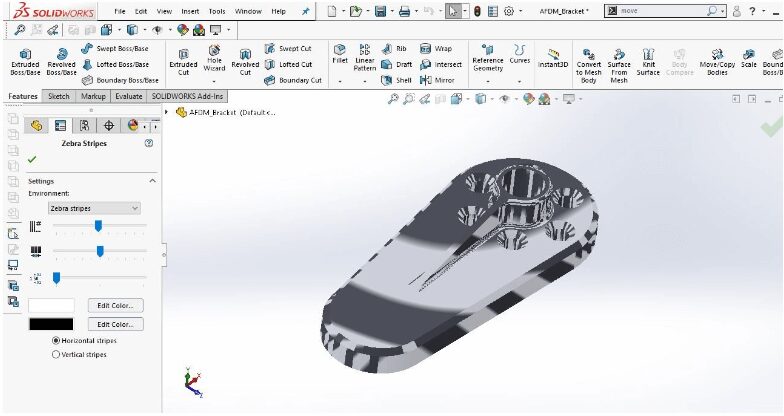 To build the mesh, you can now be loaded into a 3D printer slicer tool like GrabCAD Print. 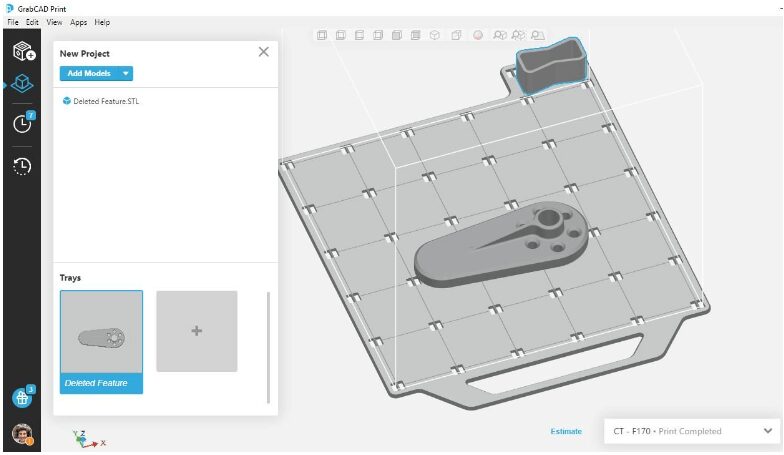 You have now been given a thorough introduction to the steps involved in editing STL geometry files in SolidWorks. Three-dimensional model design is made simpler, more precise, and quicker when you know how to edit STL files in Solidworks, as STL files are a crucial component of 3-D printing.