High-level projects require the use of Assemblies. Mating assembly components in SolidWorks means creating relations between parts, to simulate movement and different type contacts. SolidWorks allows you to create mates efficiently, which means great savings in time and effort.

Using basic mates inside an assembly

There are different types of mates, they mostly depend on the geometry of the parts and how they interact with one another in the assembly. You’ll say that’s quite an easy task, but its the most important step before performing a Motion Study. In this tutorial we’ll use basic mates to help you understand the process.

To create a mate we first need an assembly with at least to parts, making sure that at least one of them is fixed. For this example we are going to use a model composed of a fixed base and 3 discs that need to be mated to it. Check the figure bellow, we are trying to go from A to B and we’ll use mates to achieve our goal.

A recommendation is to stop and check the parts. We have a base and three discs we need to fit in it. We’ll start by right clicking the grey disc inside the design tree and selecting the mate option. A new menu opens on the Property Manager at your left. You’ll notice the disc inside the “Entities to mate” box. Select the base by clicking anywhere on it. Three different types of mates are now available.

See also  How to use Auto-Dimension in SolidWorks?

In this first approach we’ll start by using the coincident mate. Select the inner left face of the base and one of the inner flat faces of the disc. Holding control while selecting the faces will automatically pop up the quick commands feature. Select the “Mate” option. Inside the FeatureManager the mate command shows the different possible mates that can be applied, in this case mates shown are those between two faces or “planes”.

The coincident mate between faces makes them co-planar, meaning the faces will only slide from one another but maintain the same plane. Notice that if we intend to make the smaller disc to face the outer direction of the face we need to specify our mate alignment. The mate alignment tool avoids unnecessary rotation of the solid bodies before performing the mate.

See also  How to Do Rendering in SolidWorks? 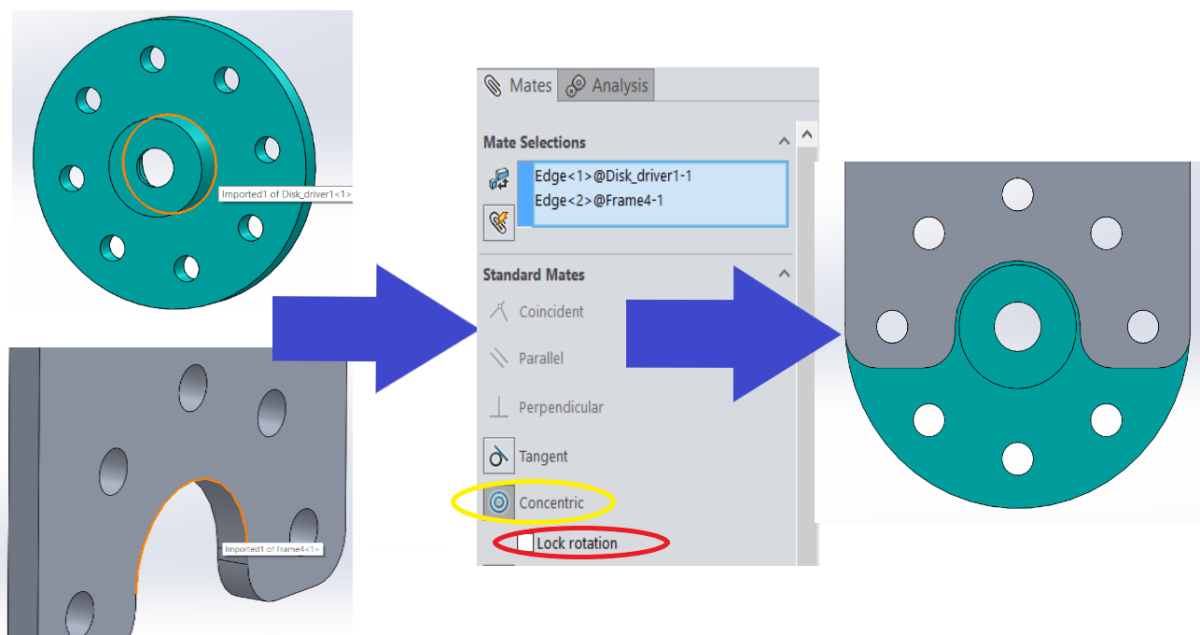 The leg located at the other side of the base is symmetrical to the one we just finished mating. We’ll have to repeat the same steps described before to fully define its mates  with the grey disc. For the disc located at the top we are going to use the concentric mate. We’ll first select the circular border of the smaller disc and then the circular border located at the top of the base. Click the concentric mate. You’ll notice the disc can move as if an axis perpendicular to the top face connected both centers. 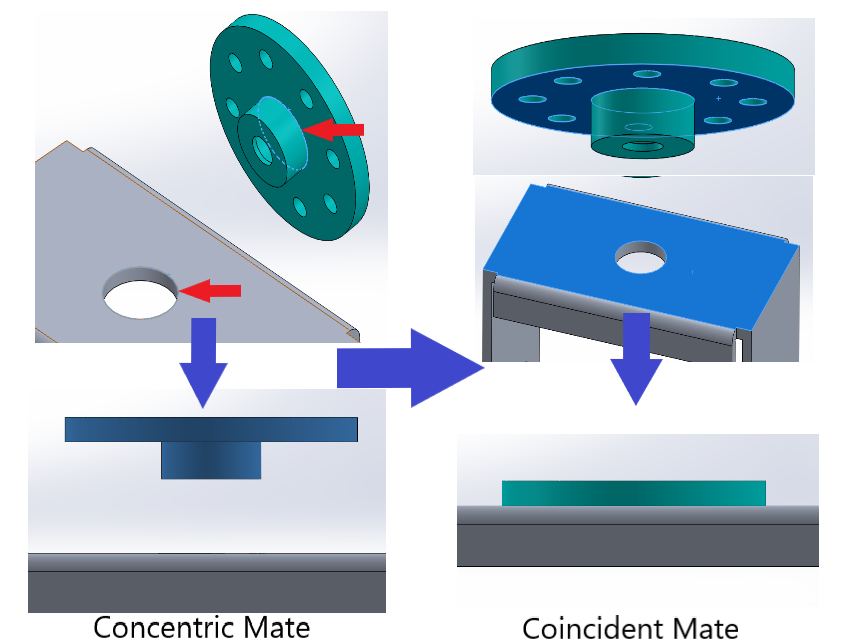 Select the face located at the bottom of the disc. Now the top of the base and apply a coincident mate to stop translational motion. The disc can still rotate freely. If we edit the concentric mate to lock rotation it’ll be harder and less accurate to position the small wholes as seen in the first image. To do this properly, and due to the geometries available, we need to help ourselves editing the top disc sketch.

See also  How to use Slot Mate in SolidWorks?

Preparing our model before applying a mate.

We’ll start by right-clicking the disc inside the FeatureManager and select the “Edit Part” option. The top disc goes into edit mode and the other parts of the assembly are displayed in transparency. The edit mode stops all possible motion from the assembly components. Right click the top face and select the “Sketch” option. We will sketch a construction line going from the center of one small circle to another and across the center of the big disc.

Now our construction line will work as an axial entity for the perpendicular relation. Select both the construction line and either the upper or lower edge of the base as seen from the top view. Select “Perpendicular” as the type of mate and the components automatically rotate to achieve the desired position. The same effect can be achieve by using a “Parallel” or “Angular” mate, the latter if we specify the angle as 0 or 90 degrees. 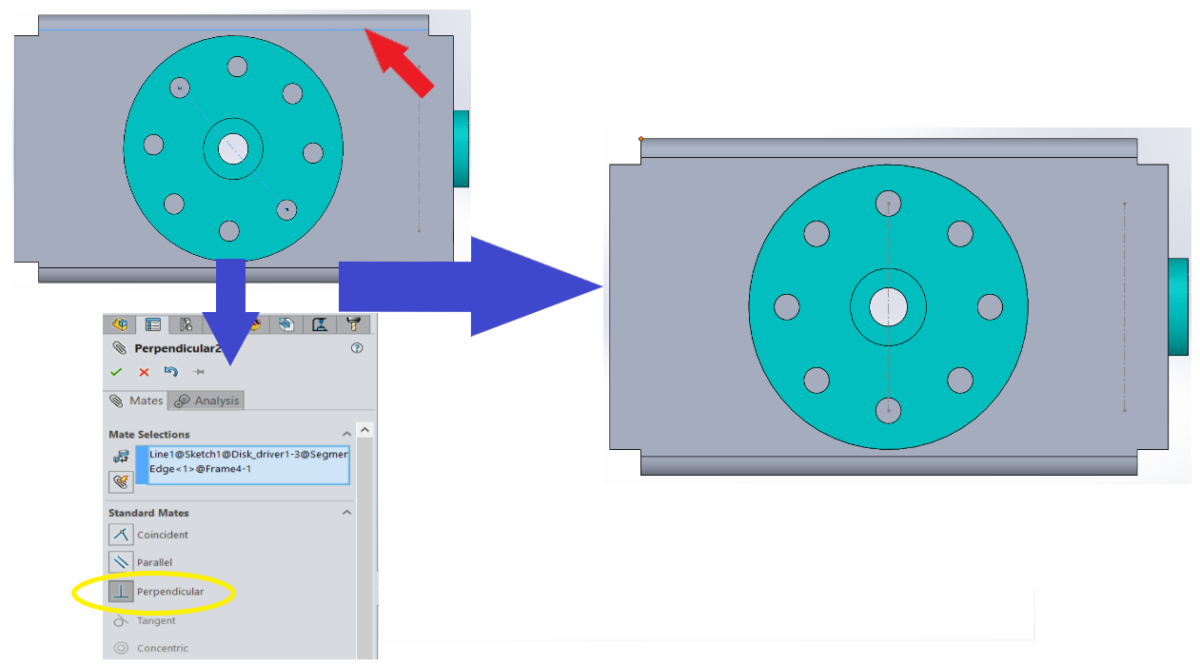 After applying this mate our model must look like the one shown as “B” in our first image.