There are multiple ways to edit the dimension of a part. Dimensions of parts can be edited from the part itself, from the assembly, as well as from the drawing.

Both sketch and feature dimensions can be edited through editing them, they can also be changed from the graphics area. In both cases, there are three ways this can be done.

Editing dimensions from outside a sketch or feature may require a rebuild. Click the rebuild button from the edit menu or on the SolidWorks menu bar. Tip: use Ctrl+B for rebuild, Ctrl+Q to force rebuild, and Ctrl+Shift+B to rebuild all configurations.

See also  How to mirror an Assembly/Sub-Assembly in SolidWorks? 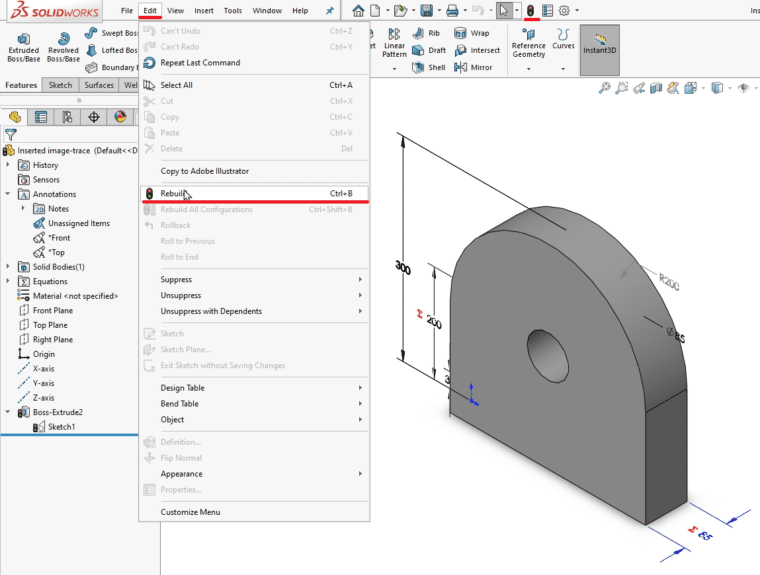 Dimensions can be related to each other by a formula, by a global variable, or they can be linked to custom properties.

To create a dimension linked to another, enter the modify window and type “=”. Next, select the dimension to link to and complete the formula. Alternatively use the syntax shown below, for features use @”featurename”. 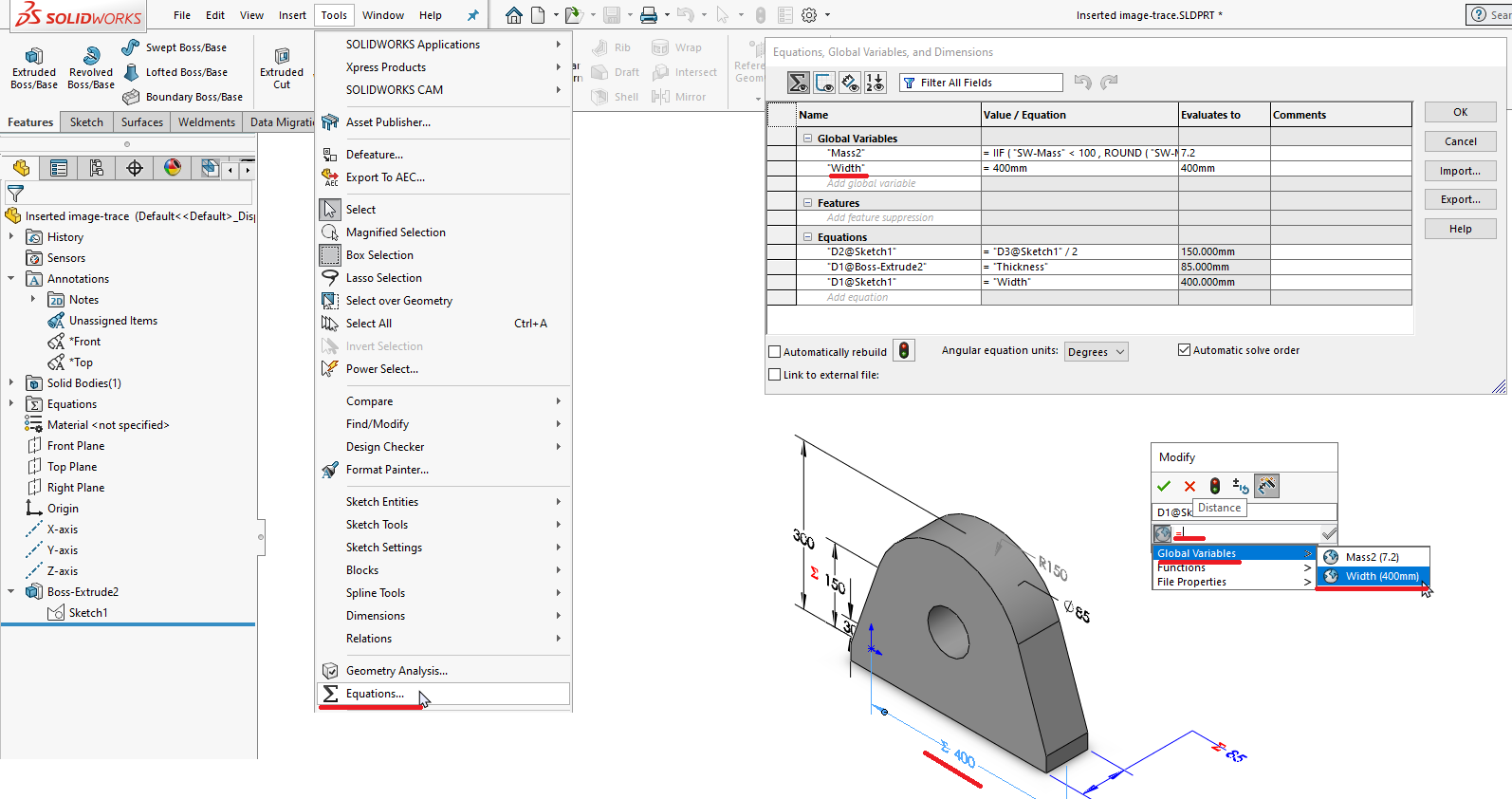 Begin by creating a custom property called Thickness, set type to number and value to 85. Units cannot be added to custom properties defined as a number, ensure the value used matched the units of the part. Double click on the dimension representing the thickness and type “=”. This time hover over file properties and select thickness from the list.

See also  SolidWorks To G-Code - How to Do It? 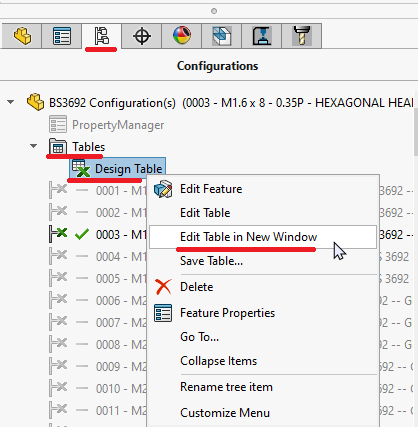 See also  How to Use Reference Geometry in SolidWorks? 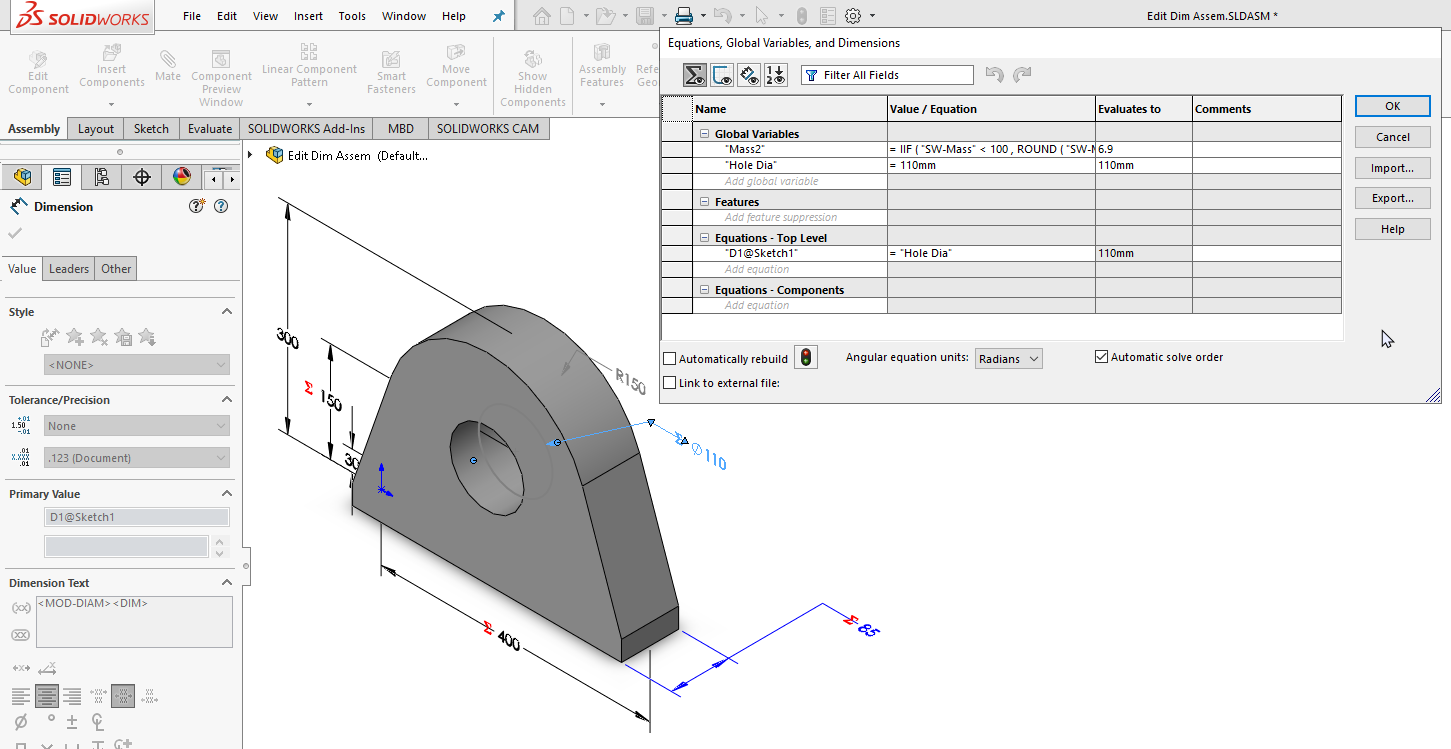 To edit dimensions of a part from a drawing, “Import Annotations” and “Design annotations” must be selected from the view properties. Dimensions will be imported directly from the model. Editing these dimensions updates their value in the model.

The radius dimension, in black, is not required. In the part, edit the sketch and deselect “Mark For drawing”. 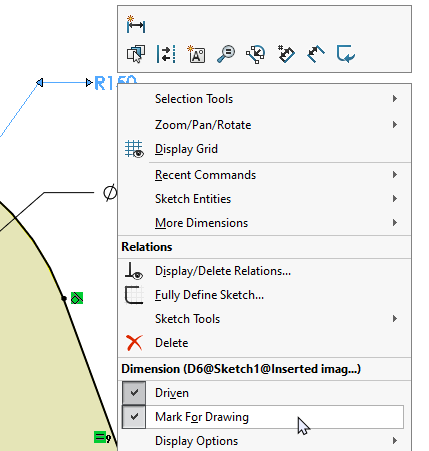