If you are into Mechanical Design, Engineering and Simulation, you might have heard about SolidWorks at least once. But, what is SolidWorks? What makes it such reliable software? How does it gain recognition among the most popular CAD-CAE tools? Luckily we are here to answer all your doubts and introduce you to this incredible and powerful computational resource for engineers and designers.

Today we have numerous Computer-aided Design software in the market. Companies like Autodesk, Dassault Systems, PTC, etc. are developing such Software. An MIT Graduate founded it in 1995. Its first release was in 1995 ever since this has been one of the leading software in this industry. Dassault system bought SolidWorks in 1997. Initially used for project management, planning, visual ideation, modelling, feasibility evaluation, prototyping, and feasibility assessment. 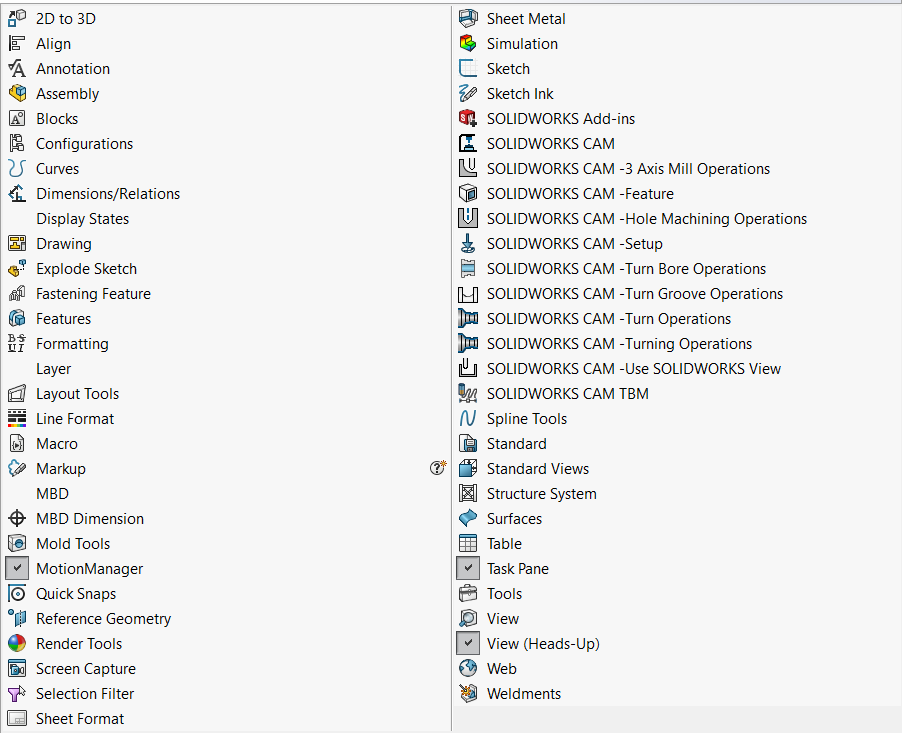 You can use SolidWorks to make a solid model. Dassault has developed many subsidiaries of the software. You also have a CAM tool, which is a much bigger addition in its features. Apart from Solid modelling you now get many options like Sheet metal, surface, and Molding tools. In CAM you also get a tolerance-based machining option for better accuracy. SolidWorks is a combination of CAD, CAM, and Simulation. It is a perfect tool that one needs to carry out Computer-based engineering work.

SolidWorks is one of the best software for Students and anyone new to this concept. Today it is not only limited to mechanical engineering and is becoming a multidisciplinary software. If you have to manage devices, analytics, data automation, and cloud services you use SolidWorks here as well. In the field of electrical engineering also you can use this software.

The beginning of SolidWorks. A new era in computational resources.

SolidWorks was first introduced on March 21st 1995 by John Hirschtick as the leading software of the homonymous company. It started as a 2D-3D modelling software with the ability to create mechanical drawings and the possibility to extract physical data such as weight and volume from the 3D models.

See also  How to Delete a Body in SolidWorks?

The modelling software rapidly gained recognition because of its accessibility, not only for its ease of use, but for its striking economy that drew attention from designers as individuals and not part of a company. It became so popular that in 1997, Dassault Systemes, the creator of CATIA software, acquired the software. The price at the date was around 300 million dollars and DS kept Hirschtick, the founder, on the board for 14 years. By 2007 it became a 100 million dollar revenue software used both by companies and individuals all around the globe.

In the present day, SolidWorks has sold over 3.5 Million licenses making it one of the top 10 design software. 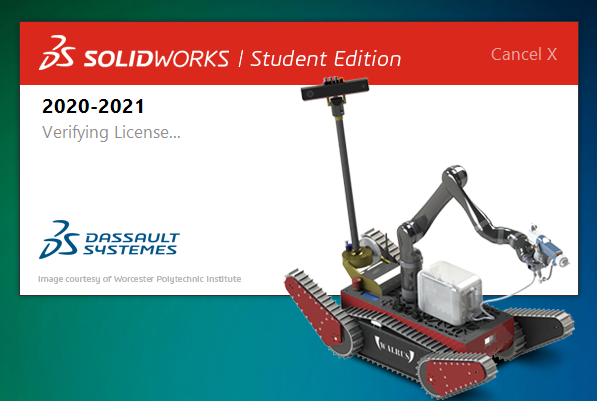 How does SolidWorks… works? 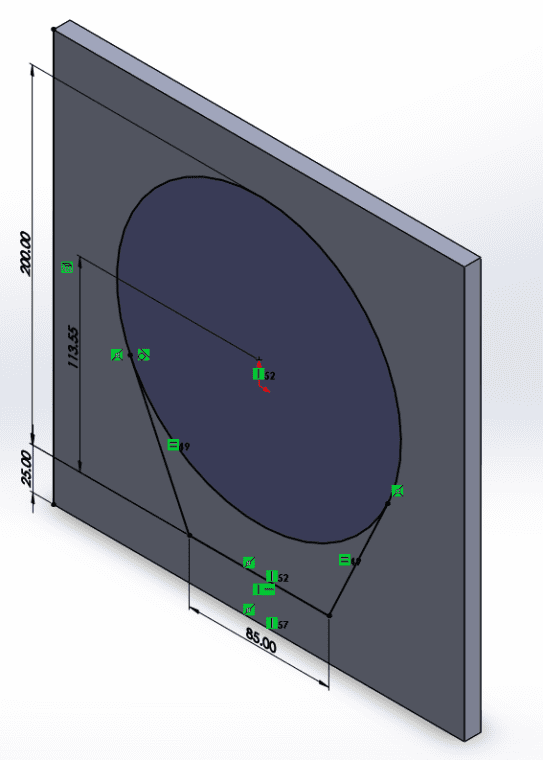 SolidWorks is a parametric solid-modeller that starts the modelling process by creating a 2D sketch consisting of simple geometries. These sketches are operated using special 3D features such as extrusion or revolve around axis to generate realistic computational representations of models giving the user the exact idea of how the product will look. The software is written on Parasolid, a popular geometry modelling kernel that allows for an easy understanding of the modelling process.

Being a parametric software, it allows users to link operations making it possible to perform small changes without compromising intent. For example, let’s say your model has a screw hole at one side of a squared structural member; Inside SolidWorks you can change the dimensions of the structural member, making it thicker or thinner without affecting the location of the hole.

The parametric feature allows for the creation of user-driven equations related to dimensions and feature scope. Let’s say you have a model with a standard dimension “A” with dependent dimensions “B” and “C”. By changing the value of “A” the model will update automatically the dependent values.

Design, Simulation, and Drawings in one software. 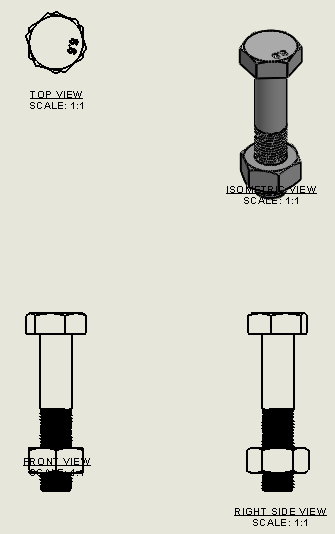 Not only does SolidWorks allow for an easier approach to 2D-3D modelling, but over the years the software’s accuracy became prominent. From weight and volume calculations all the way up to the most complex heat transfer problems, SolidWorks offers precise solutions. These solutions are the result of years of dedicated research and development with the help of user feedback.

See also  How to do a Motion Analysis in SolidWorks?

Talking about SolidWorks strictly means talking about user-friendly computational environments and the simulation process is not an exception. Using the SolidWorks Simulation tab is not only easy to use, but its also accuracy levels are outstanding. This is one of the main reasons why it shares around 18% of the design software companies’ market.

Students, hobbyists, and Start-up companies prefer SolidWorks due to its simplicity to prepare Finite-Element-Analysis (FEA) as well as Computational Fluid Dynamics (CFD) simulations. Taking into account that its results still approach reality, mostly because of the company’s efforts put into simulation efficiency.

The Drawings tool is also preferred, the ability to convert 2D into 3D and vice-versa comes very handy for engineers. The possibility to create a bill of materials, automatic dimensions from solid, and many other tools turn this a must-have software.

SolidWorks in the industry. Which big companies use it? 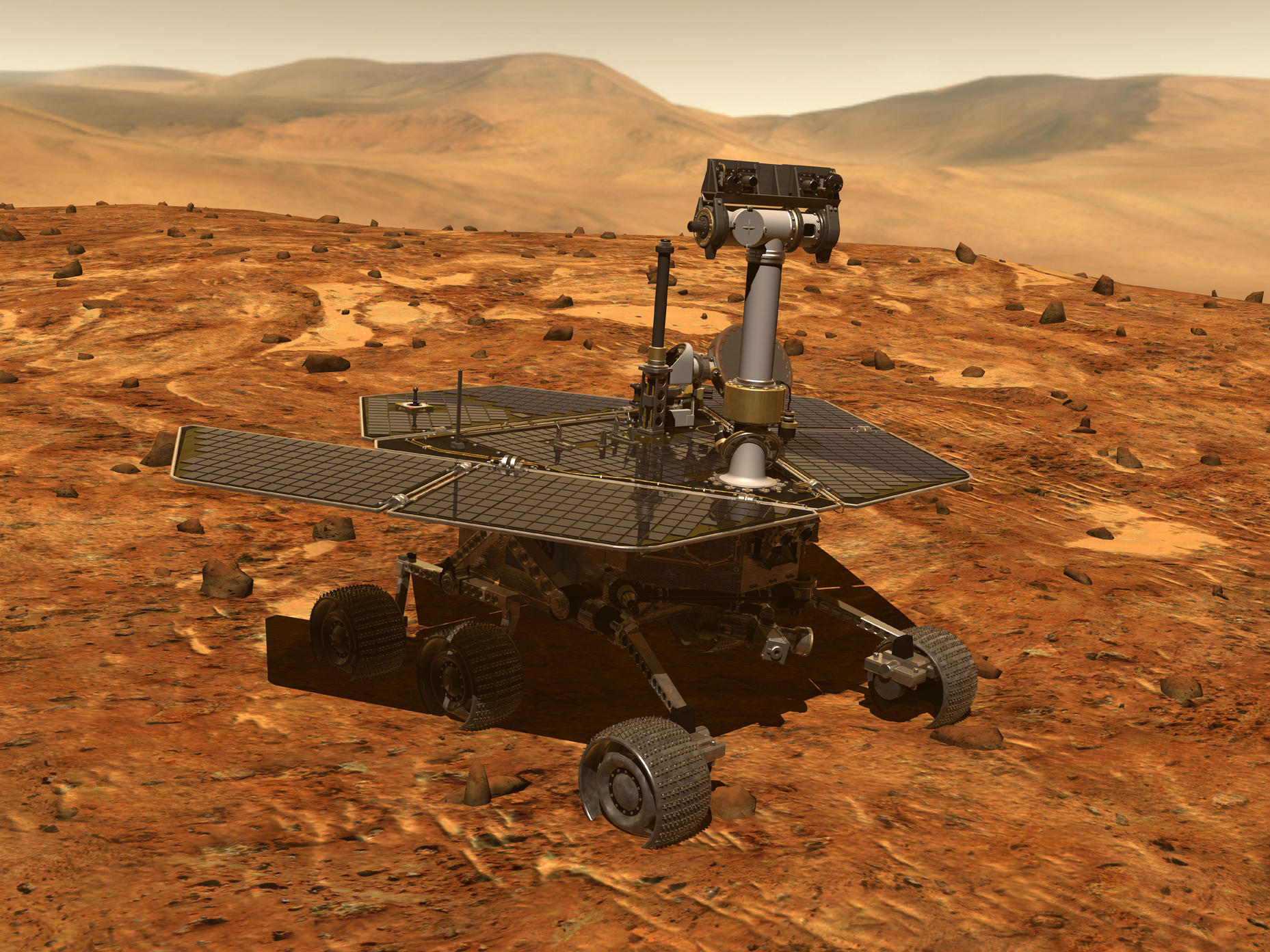 Not only is it popular between freelancing designers and hobbyists, but SolidWorks has also gained recognition among important companies, and what’s most important for new users is that some of those companies were a startup first. These startups benefited from SolidWork’s enhanced features to increase their productivity until they became important brands from their economic sector.

An example of a startup that became a well-structured company with projects that extend into outer space is Alliance Spacesystems INC. (ASI), sited in California, EEUU. This company used SolidWorks software to develop a robotic arm for the MER (Mars Exploration Rover) a project from NASA. When ASI first used SolidWorks the design team stated “This software is trailblazing” due to its innovative methodology.

The Human Powered Vehicle (HPV) design team from Aerovelo also preferred SolidWorks not only due to its economy, which helps startup projects a lot but also for its incredible potential. In 2016 the team broke the record for the fastest HPV vehicle with an astonishing 144.17 km/h (around 90 mph).

See also  How to do Linear Feature Pattern in SolidWorks?

SolidWorks is also successful among students. University design teams for competitions such as Formula SAE, Baja SAE and SAE Aero design prefer SolidWorks over the competition. The main reason is that it offers a full package student version of the software which includes all the features from the previous year, which helps students keep up to date with the software as well as giving them the possibility to create with all the available features. The 3DExperience platform is the most ambitious innovation that SolidWorks has ever conceived. It is a cloud-based platform which allows users to analyze data in time. The main intent is to maintain communication and expand the possibilities for users to update, comment, and visualize modifications made to the project. It also offers a series of tools which allow the stakeholders to keep track of the project’s economy.

It was first launched in 2012, but it wasn’t until 2019 that the biggest improvements were made to it when Dassault Systemes introduced 3DExperience.WORKS. This new idea helped connect and process data and take ideas from concept to manufacturing.

The 3DExperience platform was really put to test when the 2020 pandemic situation forced us to stay at home. Using this communication tool, SolidWorks customers were able to maintain their design teams active and immersed in their projects. It is a complete design-team-focused platform that helps you carry your designs wherever you go.

This is truly one of the greatest projects SolidWorks Corp and Dassault Systemes have brought to us, demonstrating how these companies are dedicated to making our designs more efficient, realistic and economic.

In today’s time, Sustainability is also a growing topic and SolidWorks has also started focusing on it as well. You have something also known as Life-cycle analysis. Today it has brought many changes under the name of 3d- experience. They have very well adapted to the growing industry and are bringing all necessary changes.

Overall it’s an all-in-one Software with a specialty in Solid-CAD modelling.