In the recent days, as CAD-CAE software gets better and more precise, it requires large quantities of computational resources. SolidWorks Hardware and System requirements for the Premium version are obtainable with a reasonable budget. Here we’ll discuss both the minimum and suggested requirements to run the program at peak performance. 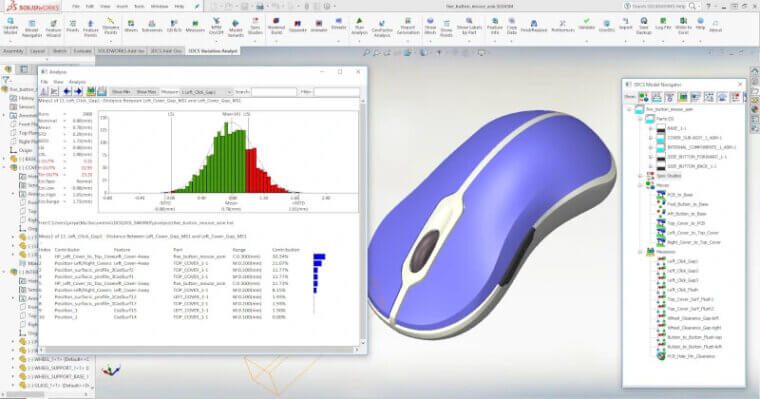 Unfortunately for MAC users, SolidWorks is based on Windows. Since its release in 1995, they’ve been working with Microsoft’s OS and that may not change for a long time. However, MAC clients can use the software if they install Windows using apps such as Parallel and Boot Camp.

Microsoft users shouldn’t sing for victory yet. Until this date SolidWorks has not announced operations on Windows 11, but recently they just let us know that they were working on it. In the meantime, the 64-bit version of Windows 10 supports the software versions from 2020 to 2022. The 2020 version is also supported on Windows 7 SP1.

To get the most of the software, OS services provided, programming features, and some applications must be up to date. As an example, SolidWorks uses MS SQL for data management. SQL version must be supported by SolidWorks for its proper functioning. Both SolidWorks 2020 and 2021 accept the SP3 version of SQL 2014 and further updates. On the other hand, SolidWorks 2022 only works with the 2016 and further versions.

Applications such as Microsoft Office play an important role too. SolidWorks automatically generates simulation reports using Microsoft Word, and Excel tables serve to modify design parameters of part files. The 2020 version is the only of the latest that supports Office 2013. The other versions support later releases. You need to consider this before installing your support software package. 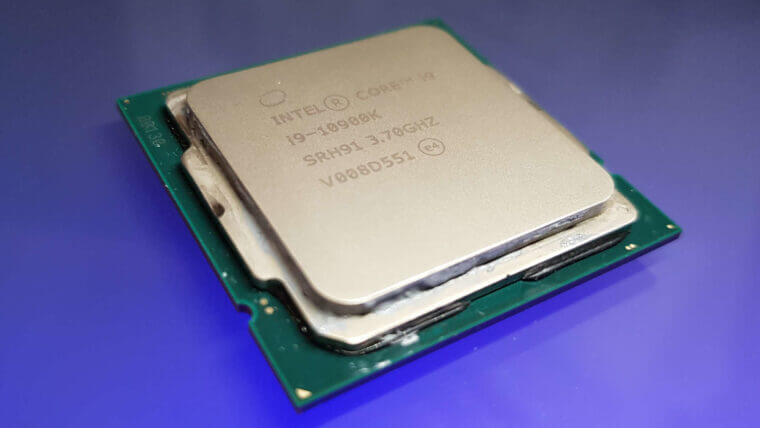 Dassault Systemes states that the latest version of SolidWorks runs “properly” on systems composed of a 16GB RAM, and a processor with more than 3.3Ghz. However, they highly recommend using a SSD instead of the regular Hard Drive to ensure optimal performance. Anyways, if your computer works with a Hard Drive you don’t have to worry, it’ll just take some more time for the program to run.

To our fortune, these characteristics are common for most recent day PCs. The strict need of a graphic card is not mentioned in their website, but experience tells us that we’ll need it to get the most of the software. The latter statement is true, and if you have experience with programs that involve graphic interfaces you can’t deny it.

If your intention is to use the software for rendering, a graphic card you must get a high performance graphic card. Not having such an important element in your PC translates into larger rendering times, poor image quality, and slower software reaction when working on large projects.

Take the best from it. Recommended Hardware choices. 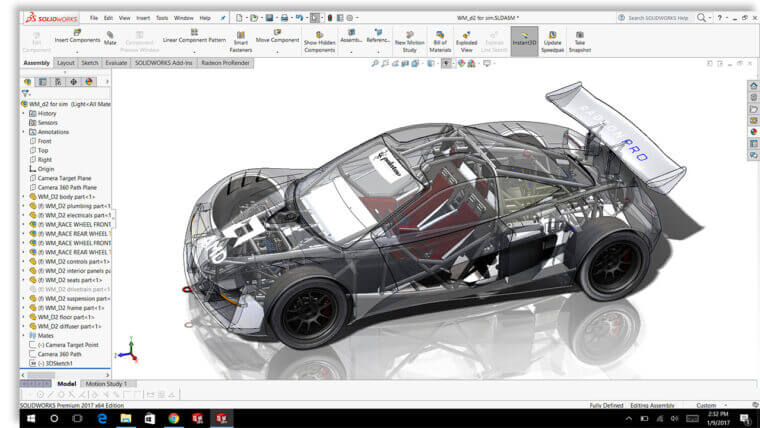 We already spoke about the minimum requirements to properly run the program and its features. We will now focus on hardware that ensures maximum performance. There are two paths you to follow: Modelling and Simulation.

See also  How To Convert Surface To a Solid in SolidWorks?

We recommend following the Modelling path if you are into design, rendering, and 3D printing. If that is the case, the Standard or Professional version of the software must be enough.

For modelling purposes, you should direct your investment into a GPU to guarantee the highest FPS possible. NVIDIA Quadro models prove to be very efficient, and most Dell computers certified by SolidWorks use them. The one with the lowest cost/performance is NVIDIA Quadro P620 and the highest performance, thus, higher cost, would be Quadro RTX6000.

A CPU with a high operating frequency should be enough for modelling, where tasks include opening files, adding parts to assemblies, and rendering models.  The AMD TR 3990X processor with 64 cores is one of the best ones you can pick. Of course, times savings mean higher costs, but another economic suggestion could be the Intel Core i9 10900X.

Computers aimed for simulation are costly, but performing calculations by hand would take you forever, or may even be impossible. Simulation performance is enhanced by the number of cores of the CPU and the amount of RAM installed in your computer. Intel Xeon processors are the best choice. Concerning the amount of RAM required, 32Gb must be enough.

We already talked about the brain of the system, but let us briefly give you an idea of what other components you’ll need to improve your work rate. Yes, we’re talking about mouse, screens, and keyboards. Audio is out our scope because even though SolidWorks can calculate noise levels in flow simulations, it won’t reproduce any sounds.

The ideal Mouse for CAD-CAE software has at least 3 extra programmable buttons. Tool shortcuts are everything and you’ll boost your productivity by configuring the most used commands on your mouse instead of your keyboard. You’ll also need good grip on your scroll wheel since the modelling process requires its use a lot.

When it comes to keyboards you’ll better look for something small that doesn’t occupy much space. Logitech Craft was developed strictly for designers and it provides comfort, durability, and its size is just what we recommend. Small, light, and simple its all you need.

Screens are important when using graphic interfaces as the one for SolidWorks. We recommend at least a 22″ 1080p monitor. If your workload requires the use of multiple SolidWorks windows for parts and assemblies, you better get a widescreen monitor or set up multiple monitors to match your needs. Going 4k will depend on your focus on renders, specially if you run animations.

As final words we want to make emphasis in the fact that before making a purchase, you should always consider your reach with the program. It would be a nonsense making a huge investment without considering what you really need.