Solidworks come which various features and options which let the designer design the parts in a faster way. These features help in designing precise components and parts. The reference can be taken from existing parts or can be self define. There are thousands of options and modules available in SolidWorks. These models are used in various industries and target various domains.

For Example, We have SolidWorks Simulation and flow simulation which targets the FEA and CFD analysis. To check the strength and behaviours of a part or object in close to practical conditions. Then we have SolidWorks Electrical and PDM for electrical component designing and modelling. Likewise, we have in total of 7 to 8 modules in SolidWorks.

In this article are going to look after of specific feature of SolidWorks which is Boundary cut. We not only going to know about that is feature is for but also how to use this feature. The boundary cut feature is kind of similar to the cut extrude feature. But in the boundary feature, we can define the profile at the start and end of the but. Whereas in cut extrude the same profile was cut out from the part.

See also  How to create a Custom Coordinate System in SolidWorks?

You can provide the path to the cutting profile. The boundary cut is similar to the Swept cut and lofted cut in which we can define the direct path to the profiles.

Open the SolidWorks part design by going to New > Part. 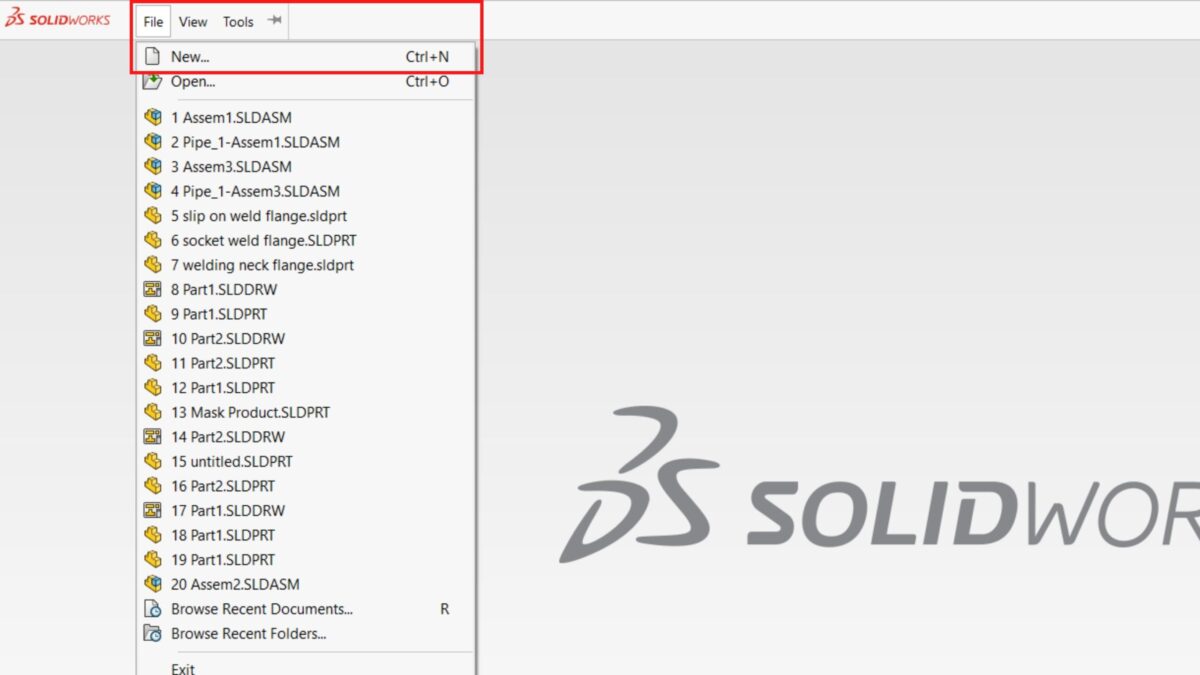 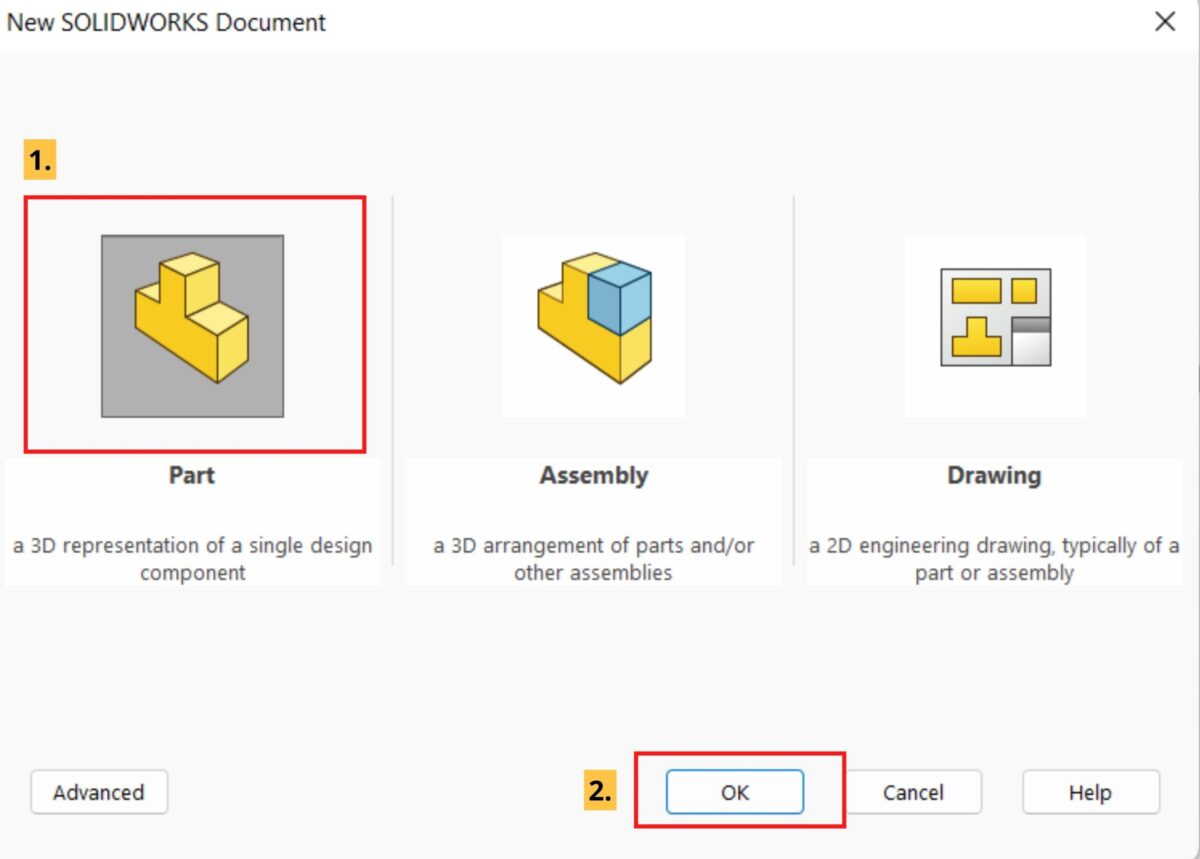 Draw the geometry you can or you can open the previously created part. The part on which you want to remove the material using the boundary cut feature. 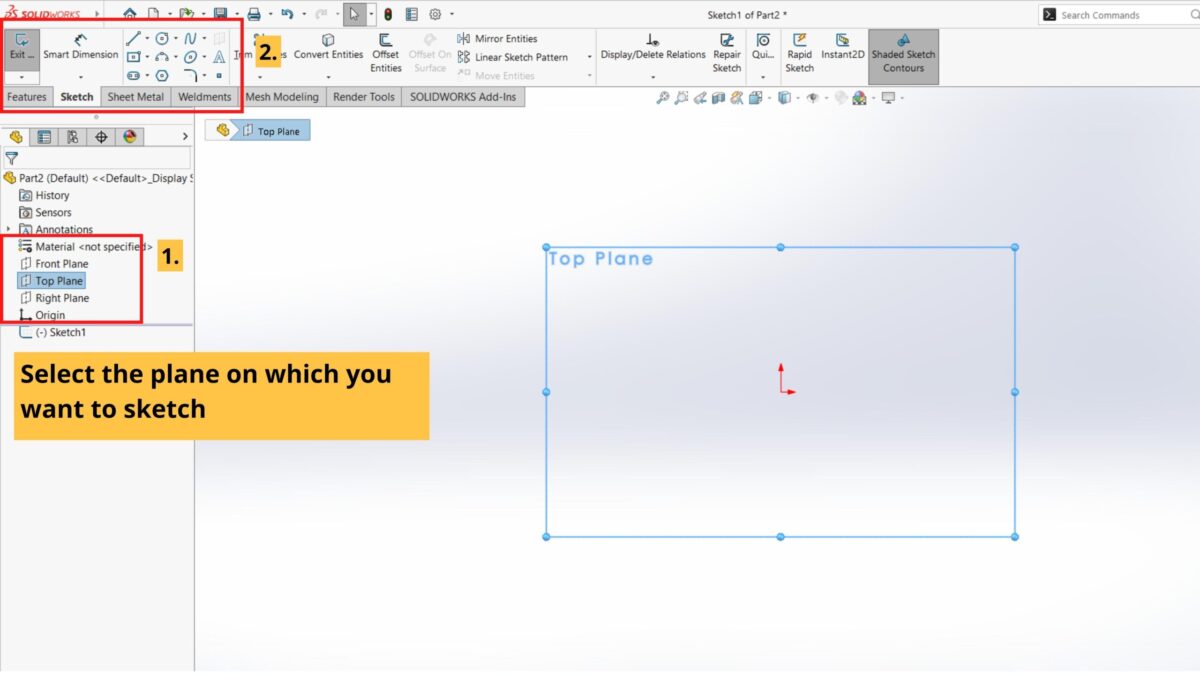 See also  How to Trim Surface in SolidWorks? 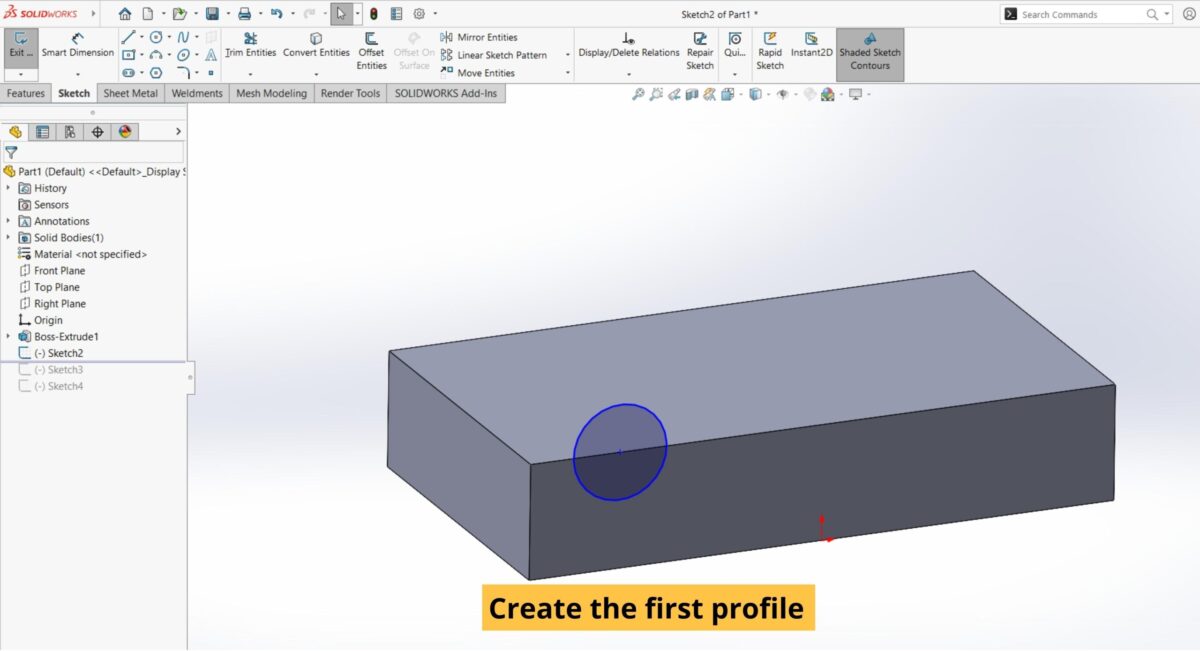 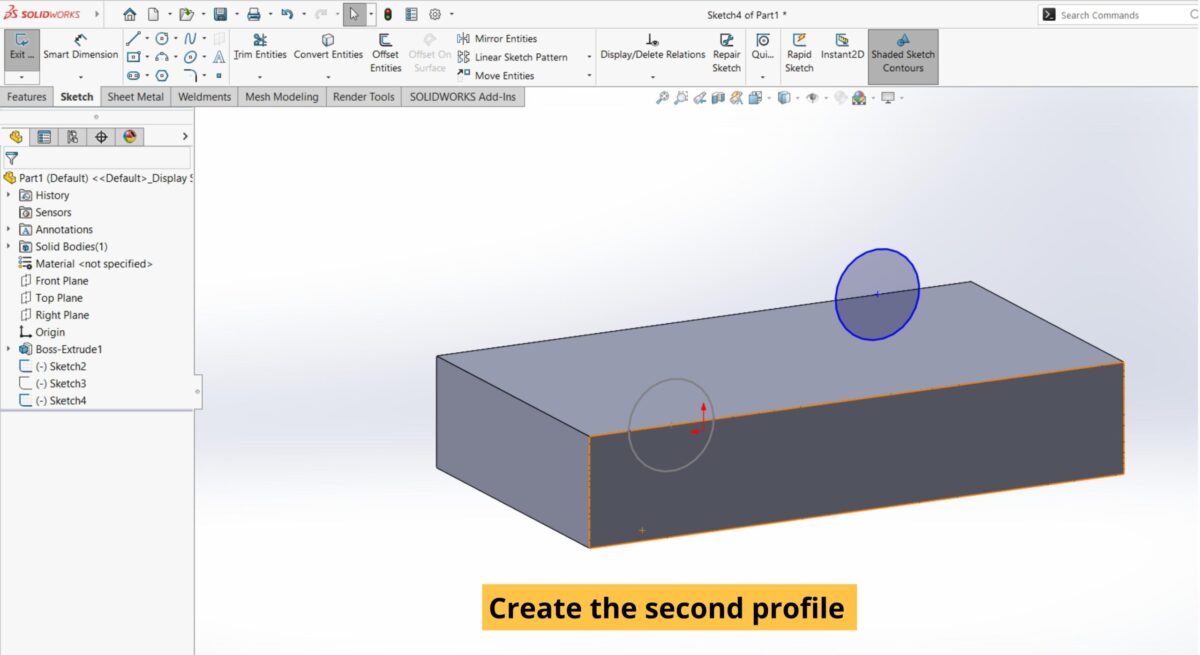 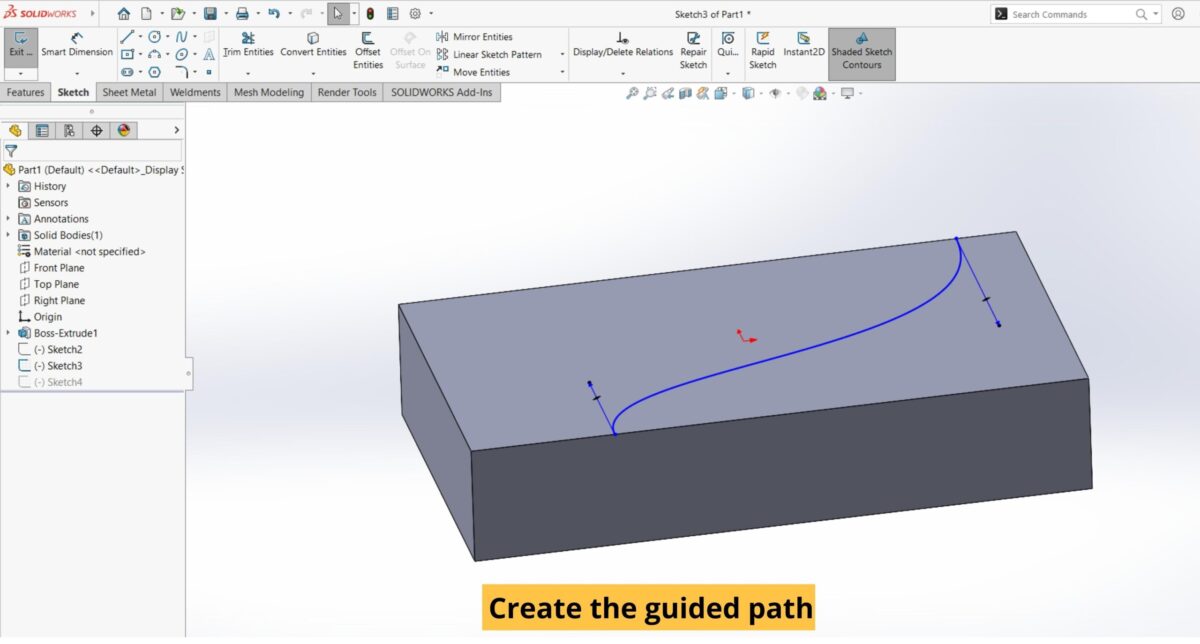 Click on the Features tab under the command manager. Select the Boundary cut option. Make sure you are out of the sketch option or else it will not enable this option. 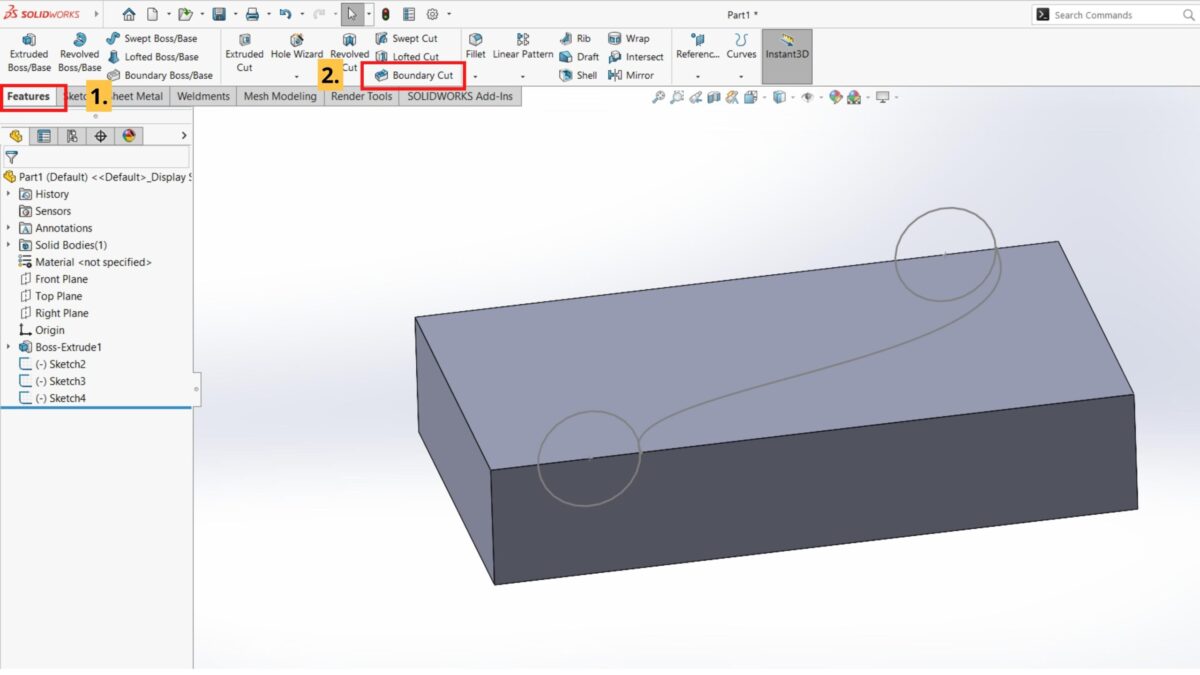 Under property manager Under Direction 1 Select the starting profile. Then select the second or ending profile. You will see the yellow shape appears. This shape is what is going to remove the material from the body. You can select the guided curve or line in Direction 2. Then press OK if your boundary cut preview is good. 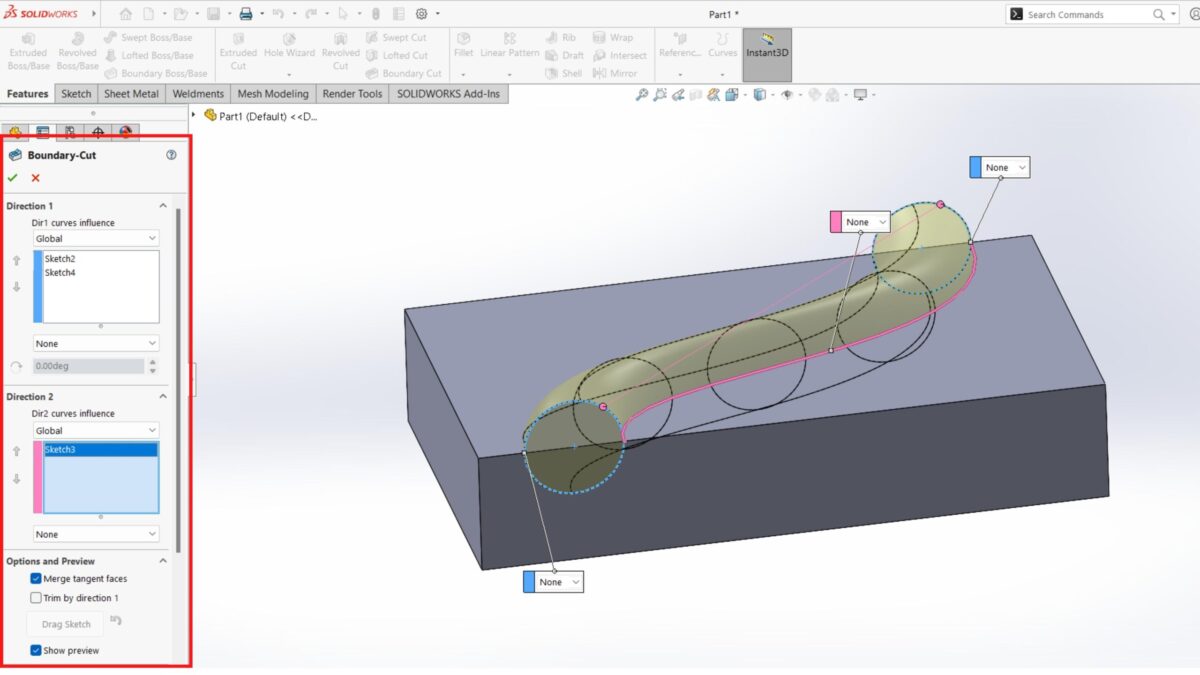 After selecting the line or curve the profile will follow the path and will convert to take the shape of the second profile. This way we can create any type of cut by following any path. We have to keep in mind that the profile created and guided curve or line should be intersected. If the curve and profiles are not intersected then Direction 2 will be of no use. This will create an error while pressing OK.

See also  How to Link Dimensions in SolidWorks? 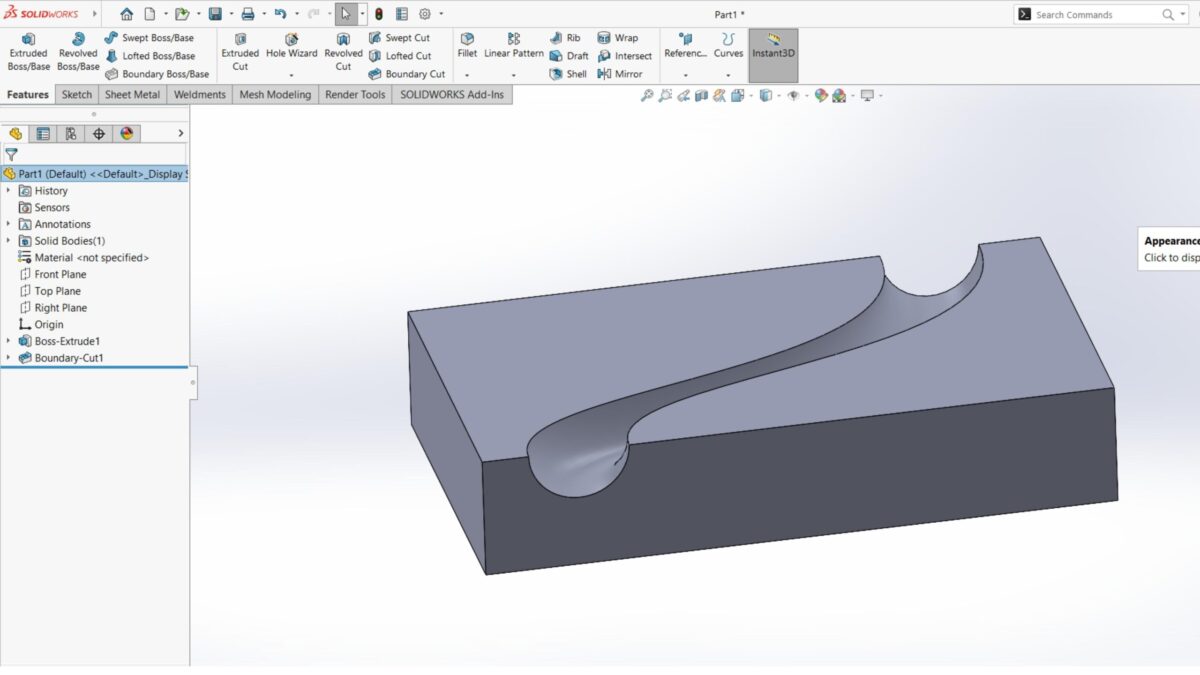